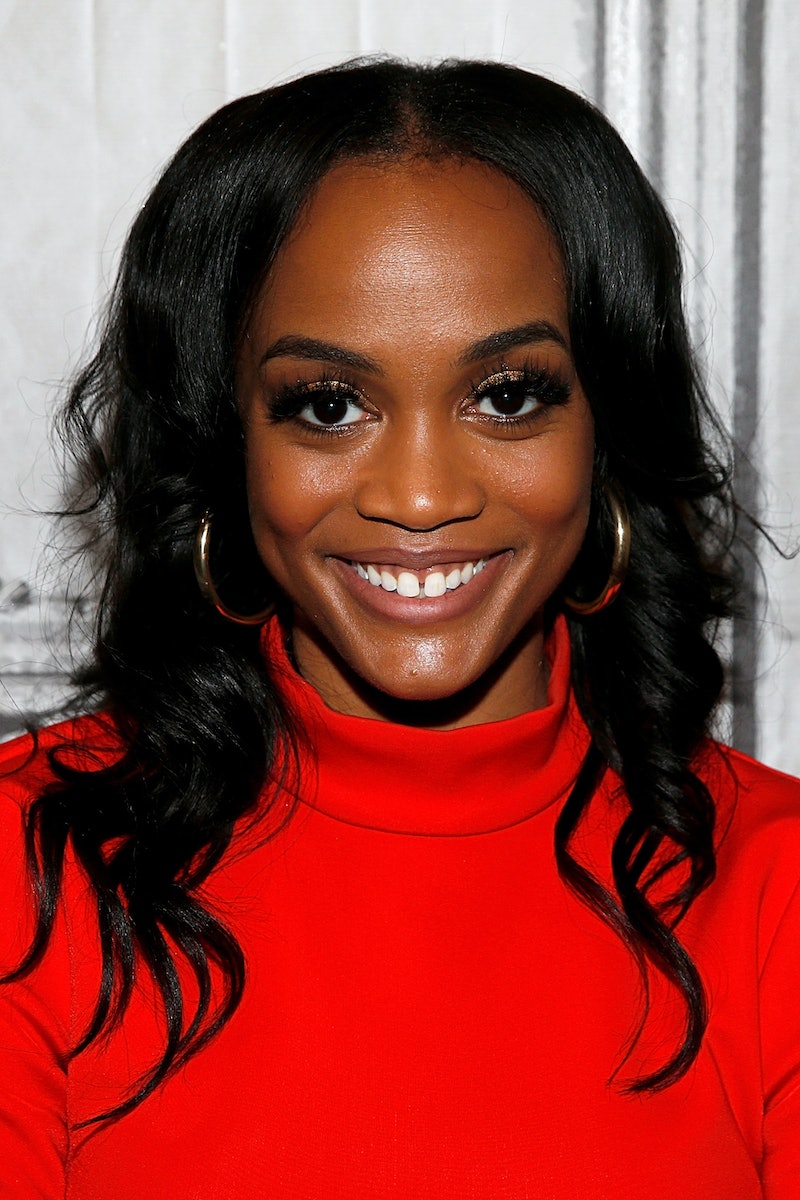 Amid a Bachelor season marked by racism and controversy, Chris Harrison and Rachael Kirkconnell have apologized for their offensive behavior. Harrison has also "stepped aside" for an unspecified amount of time. But as former Bachelorette Rachel Lindsay said on her March 3 podcast, that isn't enough to fix the franchise's serious issues with racism.

"I think that they should just stop until … they get the train back on the tracks," she said, acknowledging that The Bachelorette could likely start filming soon. "You’re gonna go into another season, but you still have all these issues. How have you fixed them coming into a new season? You really haven’t. So I think that they need to just take a beat, figure things out, regroup, and then bring the product back to us ... [so] we can all enjoy it the way that we used to."

On Higher Learning, which she co-hosts with Van Lathan, Lindsay also called out The Bachelor's decision to hold off on releasing a meaningful statement but have Emmanuel Acho, host of Uncomfortable Conversations with a Black Man, replace Harrison for After the Final Rose. She questioned:

"Everyone who's been at issue has issued an apology except for the franchise, except for the network, except for the production company. You need to hear something from them. It’s almost like, how do you say you have a racist problem or racist issue without saying you have a racist issue? You bring in Emmanuel Acho to host the finale. You bring in the man who has his own uncomfortable conversations. You're not saying it, yet you're bringing somebody in who has built an entire brand to rectify, or attempt to, or explain the issue when it involves racism."

She continued, "They need to come out and say something. They need to grab a hold of this, and control the situation, because right now, you're letting your fans speak for you." Noting that The Bachelor itself fostered this audience by neglecting to cast diverse leads and contestants, she added, "You have built this. These people feel that they had their world, and now people of color are trying to mess it up. You did this. So you need to speak out, and you need to say something. You need to undo it. At the moment, they're silent."

Lindsay, who was the first Black Bachelorette in 2017, has been vocal about this season's issues with racism from the very beginning, telling Bustle in February that "there's no way I'm going to be soft" on those Rachael rumors. Lindsay, of course, has been true to her word since, interviewing Harrison for Extra when the long-running host defended Kirkconnell's racist actions. Unfortunately, she recently had to delete her Instagram after receiving a massive amount of hate from fans on the platform for standing up to the franchise and holding Harrison and Kirkconnell accountable for their offensive actions.