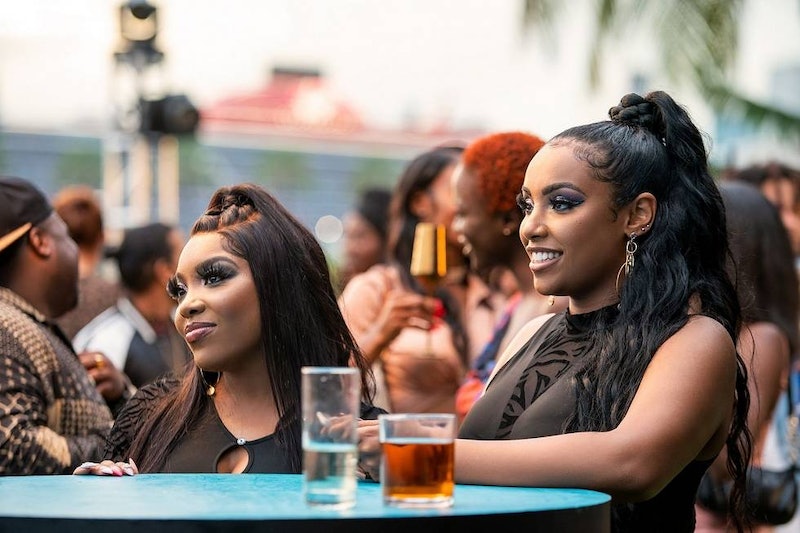 Major spoilers ahead for Rap Sh!t Season 1. Just as Shawna and Mia struck a deal for their first national tour in HBO Max’s Rap Sh!t Season 1 finale, an unexpected cliffhanger left their future in question. Despite the disastrous end to their debut performance in the penultimate episode, their songs “Seduce and Scheme” and “Nann Badder” continue to blow up, so don’t expect the newly formed rap duo to go away anytime soon.

Fortunately, fans won’t be left wondering about their next move for too long — because Rap Sh!t Season 2 is officially on the way, HBO Max confirmed on Sept. 12. “We’re so happy to play in the world of Rap Sh!t for another season with this incredibly talented team,” creator Issa Rae said in a statement.

Of course, if you’ve been watching the Rap Sh!t space closely, you know that a second season was likely to happen. For starters, Deadline reported on July 18 — just days before the show premiered — that the State of California awarded Rap Sh!t a $12.6 million tax credit to film the second season there. Given their application’s conditional approval for the large sum of money, the outlet revealed that a Season 2 renewal is “pretty certain.” Since the first season was both filmed and set in Miami, that could signal a storyline shift, too.

What’s more, Aida Osman, who stars as Shawna Clark and is also a writer on the show, told Bustle days earlier that they were “constantly thinking about” what might happen next. “We talk about Season 2 already now,” she said. “It’s just like we want to create the world that we want, and if we talk about it, it’s going to happen.”

While you wait, here’s everything else to know about Rap Sh!t Season 2.

Viewers will be waiting to see what happens in the aftermath of the police finding out about Shawna and Maurice’s illegal credit card scheme and how that might affect the upcoming tour with Reina Reign. Meanwhile, Mia has a new love interest, swiftly halting what seemed like a reconciliation with Lamont.

Echoing that sentiment, showrunner Syreeta Singleton also told Bustle that she already has an idea of where she’d like the show to go in Season 2. “We would love to see them really enter that kind of male-dominated space that we talk about and enter these different worlds and be around other artists who also have their similar journeys,” she explained. She added that they want to tap more into the “really hard and complicated” behind-the-scenes politics of the music industry rather than the glamorous side.

“We’re devoted to seeing the intricacies of the come-up,” Rae said. “It really is about that slow build.”

And finally, in HBO Max’s Season 2 announcement, Sarah Aubrey (the streamer’s head of content) promised “even more seducing and scheming.”

Singleton also shared that she and Rae spent about six months in Miami creating the series, which wrapped filming just before the 2021 holiday season. Since Rap Sh!t Season 2 was just announced, production could start soon — making a summer 2023 season premiere possible.

This post will be updated as more Rap Sh!t Season 2 details become available.

This article was originally published on Sep. 2, 2022