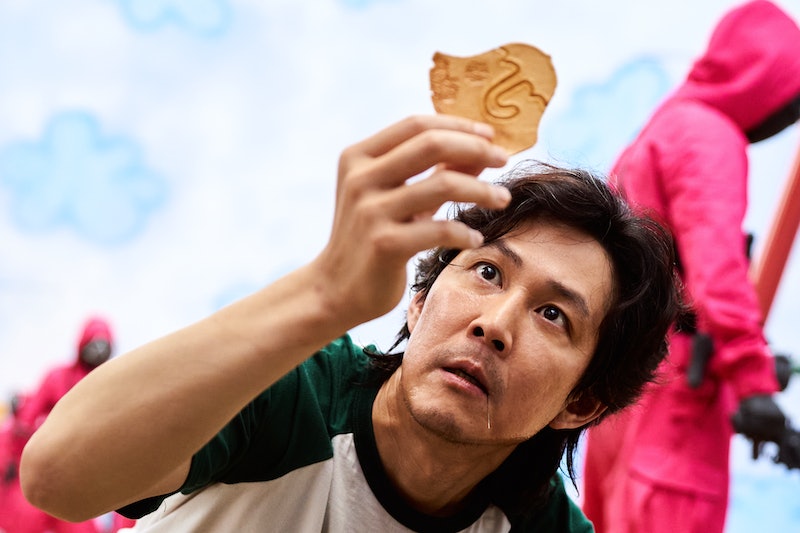 If you’ve ever wondered how you would fare in the show and whether you’d make it out alive, well, you’re in luck. If you’re in Abu Dhabi, that is. And if you don’t really want to face the high-stakes life or death situation. Hundreds of fans in the United Arab Emirates capital will get to try the games — sans the lethal consequences, of course — in an organized (and very legal) tournament. Unfortunately, it’s also sans the prize money, so it’s all for fun.

Abu Dhabi’s Korean Cultural Centre (KCC) is organizing its own IRL “Squid Game” tournament in the hopes of introducing Korean culture. A total of 338 people have already signed up, according to an Oct. 10 report by The Khaleej Times. Beginning Tuesday, Oct. 12, contestants will try their luck at four out of the six playground games featured in the series over the course of two days. The contests will include Red Light, Green Light (or the Mugunghwa Flower Has Blossomed in Korean), the Dalgona honeycomb candy challenge, marbles, and glass stepping stones (though it won’t be exactly like the show). Players will also get to play the traditional Ddakji, the envelope-flipping one-on-one challenge featured in Episode 1.

Of course, the costumes are a huge part of the show and, therefore, the re-enactment. Participants will wear shirts bearing the show’s logo, while the staff, aka the “guards,” will don the famous pink outfits with the triangle, circle, and square shapes. Luckily, the tournament’s “elimination” isn’t quite as final. Instead of shooting actual guns, the “guards” will shoot sponge guns. Whoever gets eliminated can watch the remainder of the games.

For the rest of the world outside of the UAE, we’ll just have to make do with social media filters, TikTok videos, DIY honeycomb games, and Halloween costumes.

More like this
Nicola Coughlan Shared A Lady Whistledown Excerpt From ‘Bridgerton’ Season 3
By Grace Wehniainen, Alyssa Lapid and Sam Ramsden
Watch The Thrilling Teaser Trailer Of 'Shadow And Bone' Season 2
By Gretchen Smail, Jack Irvin and Sophie McEvoy
Netflix Reveals First Look At Wednesday In The 'Addams Family' Spinoff Series
By Bustle Editors
This Episode 6 Moment Foreshadows Viserys' Fate On 'House Of The Dragon'
By Grace Wehniainen
Get Even More From Bustle — Sign Up For The Newsletter