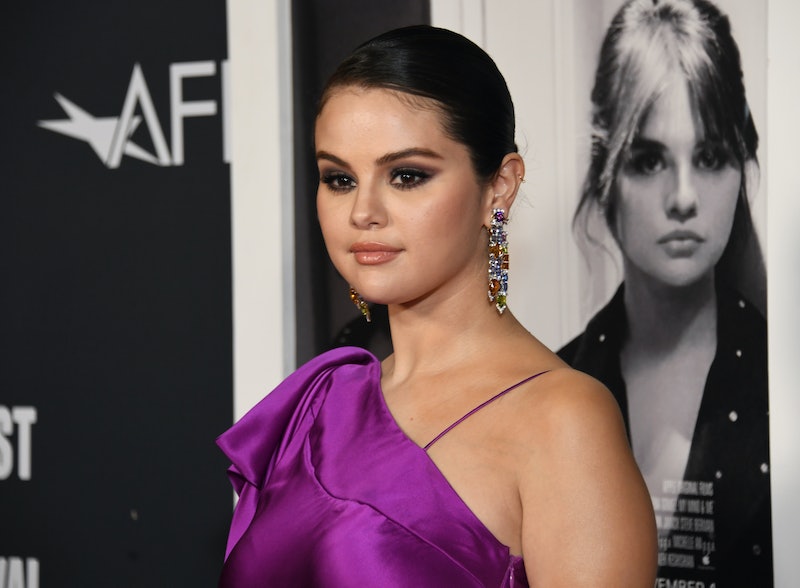 As much as Selena Gomez has been open about her mental health struggles in recent years, sharing her new Apple TV+ documentary, My Mind & Me, with the world was still a huge challenge. The actor-singer opened up about her decision to Rolling Stone before its Nov. 4 debut and admitted that she had a lot of doubts beforehand. In fact, she even hinted at hoping someone would stop her.

“I know it has a big message, but am I the right person to bring it to light? I don’t know,” she told the magazine. “I wanted someone to say, ‘Selena, this is too intense.’”

Gomez also revealed that she was “just so nervous” about the documentary and “almost wasn’t going to put this out.” She added, “God’s honest truth, a few weeks ago, I wasn’t sure I could do it.” What ultimately gave her the push she needed, she told Rolling Stone, was realizing the impact it could have on others following an Apple TV+ screening. “I was like, ‘OK, if I can just do that for one person, imagine what it could do,’” she said. “Eventually I just kind of went for it. I just said, ‘Yes.’”

The Only Murders in the Building star reiterated her hopes for the documentary in a Nov. 3 Instagram post, writing in part, “I hope that telling my story can help others tell their own.”

The documentary’s origins may also shed light on Gomez’s hesitancy to release it. As she explained in an exclusive video provided to Bustle on Nov. 4, My Mind & Me essentially took on a life of its own. “I didn’t really expect I would do a documentary,” she said. “But for some reason, my life became so overwhelming. It stopped becoming about me — it became about the world.”

She first began working with filmmaker Alek Keshishian in 2016 as she embarked on a world tour, but they stopped filming as she struggled with anxiety, depression, bipolar disorder, and lupus and canceled the remaining shows. It wasn’t until 2019 that they started up again. The end result is, as Apple TV+ puts it, “a uniquely raw and intimate documentary [that] spans her six-year journey into a new light.”

The footage sees Gomez in periods of intense struggle and vulnerability, and Keshishian discussed how difficult that can be for the subjects of documentaries in a recent Bustle interview. “In documentary — if you’re really willing to do this, and I don’t know that everyone is — you allow someone else to interact with you and to see you from their lens,” he said.

His takeaway from the experience, though, may reassure Gomez that her decision to share the project has paid off. “I’ve been inspired by Selena to really try to make more of an impact in the world and to try to bring more light to the world,” he added.

If you or someone you know is seeking help for mental health concerns, visit the National Alliance on Mental Illness (NAMI) website, or call 1-800-950-NAMI (6264). For confidential treatment referrals, visit the Substance Abuse and Mental Health Services Administration (SAMHSA) website, or call the National Helpline at 1-800-662-HELP (4357). In an emergency, contact the 988 Suicide & Crisis Lifeline by calling or texting 988, or call 911.

More like this
The 'Love, Lizzo' Harry Styles Scene Is Just 1 Moment That Made Fans Feel Seen
By Brad Witter
Jodie Turner-Smith & Joshua Jackson's Relationship Timeline Includes Her Proposing
By Jake Viswanath
Will Smith Reflects On "Horrific" Chris Rock Oscars Slap In First TV Interview
By Sam Ramsden
Keke Palmer Finally Showed Angela Bassett Her Famous Impression Of Her
By Stephanie Topacio Long
Get Even More From Bustle — Sign Up For The Newsletter