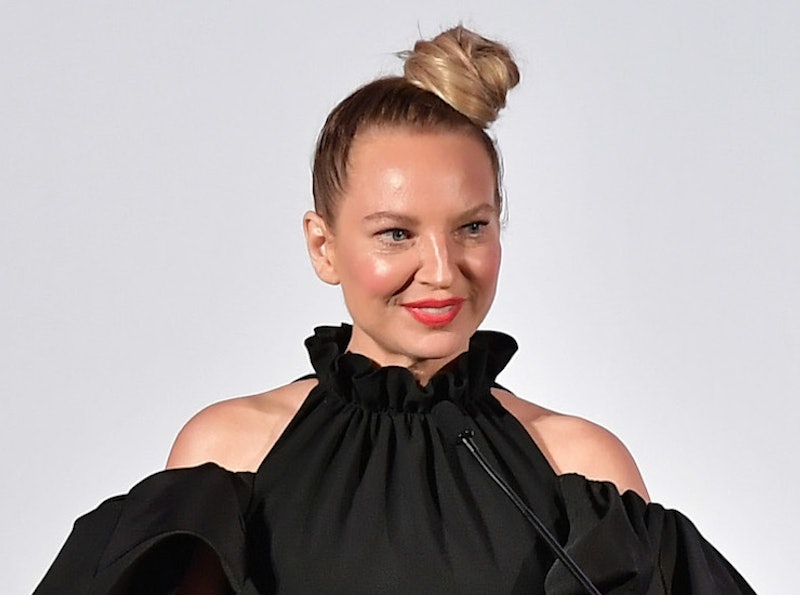 Sia's upcoming film is embroiled in controversy, and it hasn't even come out yet. Music, the singer's directorial debut, is facing backlash for casting non-disabled actor Maddie Ziegler as an autistic teen. On Nov. 19, the "Chandelier" singer shared a clip from the film — a musical drama about a newly sober woman (Kate Hudson) who becomes the sole guardian of her half-sister (Ziegler), a teen on the autism spectrum. When Twitter users expressed disappointment that people with disabilities and neurodiverse actors were excluded from the movie, Sia responded to the criticism on Twitter.

"I cast thirteen neuroatypical people, three trans folk, and not as f*cking prostitutes or drug addicts but as doctors, nurses and singers," Sia tweeted on Nov. 20 after one Twitter user noted the exclusion of actors with disabilities from their own narratives. "F*cking sad nobody's even seen the dang movie. My heart has always been in the right place." Someone else then chimed in and said that "several autistic actors, myself included, responded to these tweets" offering to be in the movie last-minute. They also noted that "zero effort was made to include anyone who is actually autistic."

"Maybe you're just a bad actor," Sia wrote in response to the criticism. Despite her response being considered inappropriate by many, the singer continued to defend the film. "I actually tried working with a beautiful young girl non verbal on the spectrum and she found it unpleasant and stressful," Sia added. "So that’s why I cast Maddie."

Along with the casting decision, the film is also facing backlash for working with Autism Speaks, a controversial organization that has long been denounced by advocates and the autism community. John Robison, who once served on Autism Speaks' advisory board as the only person with autism, criticized the organization in April 2017. "Throughout their history they have held points of view that are destructive to autistic people," Robison told Mother Jones magazine. "For example, the organization has characterized autism as a debilitating condition that destroys families and prevents autistic people from living happy lives."

When one Twitter user asked Sia about Autism Speaks' involvement in the film, she said she didn't know the organization was so controversial. "Autism Speaks came on board long after the film was finished," she tweeted. “Four years in fact. I had no idea it was such a polarizing group!" And after receiving so much backlash online, Sia made it clear she had enough. "Grrrrrrrrrr. F*ckity f*ck why don't you watch my film before you judge it? FURY," she tweeted.

Music is scheduled for a 2021 release.

More like this
Snoop Dogg & Michelle Pfeiffer Lead Moving Tributes To Coolio
By El Hunt
Harry Styles’ Red Carpet Looks Have One Thing In Common
By El Hunt
There's A Taylor Swift Easter Egg In Ryan Reynolds' 'Deadpool 3' Teaser
By Marina Watts
Everything To Know About Taylor Swift’s 10th Studio Album, 'Midnights'
By Grace Wehniainen and Jake Viswanath
Get Even More From Bustle — Sign Up For The Newsletter