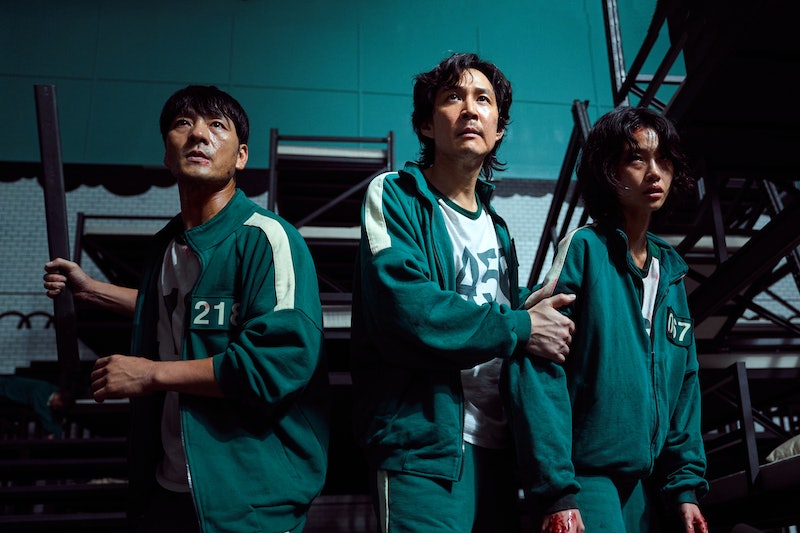 Spoilers ahead for Squid Game Season 1. If you’ve already sped through Squid Game, you know that it’s a series as suspenseful as it is heartbreaking. For all their faults, the players are motivated by real issues — many of them involving family back at home, as we see with Gi-hun, Sang-woo, Sae-byeok, and Ali. This, of course, only makes their life-and-death decisions that much more devastating to witness. Squid Game creator Hwang Dong-hyuk touched on that element of authenticity in an interview with The Hollywood Reporter. “Well, these days, we are, in fact, living in a deeply unfair and economically challenging world,” he said. “Especially after the pandemic.”

There’s another reason you might feel so connected to the characters — they’re very much based on real people. Specifically, Dong-hyuk told THR he “infused [himself] into Gi-hun and Sang-woo’s characters quite significantly.” Like Gi-hun, Dong-hyuk said he was financially supported by his mother for a time and even went to horse races with the hopes of winning big. That said, he never stole cash from his mother Gi-hun style.

“His character also has some bits of my uncle who used to be a real trouble to my grandmother,” Dong-hyuk continued, noting that his “family wasn’t very well off when [he] was young.”

Like Sang-woo’s mother, Dong-hyuk’s grandmother was a street vendor. “And then just like Sang-woo,” the filmmaker explained, “I went to Seoul National University, the most prestigious university in Korea, and I was subject to a lot of big expectations from my family, and a lot of envy from those around me.” Of course, the fact that Gi-hun and Sang-woo each carry a piece of Dong-hyuk makes their rivalry and final fight even more compelling and relatable.

“So yeah, my grandmother, my mother, myself, my friends, and the stories of my neighborhood are all in Squid Game,” the writer-director continued. And he means that literally. In addition to basing key players off himself and his loved ones, Dong-hyuk also borrowed real names for the characters. Gi-hun, Sang-woo, and Il-nam (aka the ring leader) all received their monikers from Dong-hyuk’s actual friends. Sang-woo, specifically, used to play with Dong-hyuk in the alleyways as kids.

But it gets even better. Dong-hyuk also named Jun-ho and In-ho after a pair of brothers in Dong-hyuk’s life and sneakily facilitated a real-life reunion along the way. “Like the two characters, they were not really talking to each other that often, and [Jun-ho’s] brother wasn’t coming home to visit their mother,” Dong-hyuk said. “So that is why I intentionally used those two names. It was like an inside joke between me and my friends — to get In-ho to finally call his brother and apologize for being out of touch. And it worked — it actually happened!”