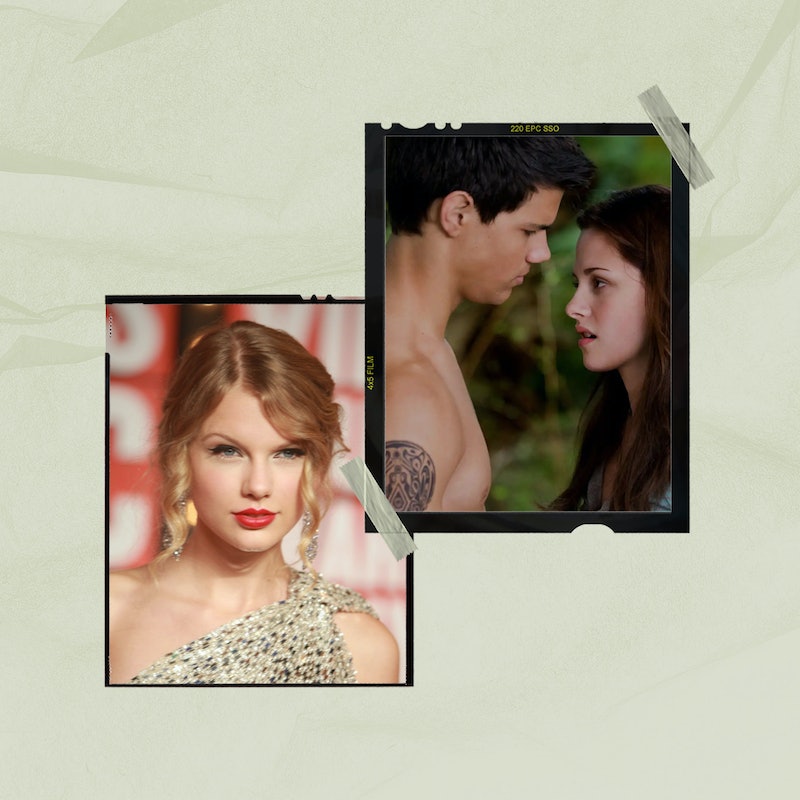 It’s 2009. You’re jamming to Fearless non-stop. Taylor Swift and Taylor Lautner are an adorable couple. You just watched Kanye West interrupt Swift’s Best Female Video acceptance speech for “You Belong With Me” at the MTV Video Music Awards — and have no idea you witnessed the start of a celebrity feud that would last well into the next decade.

In another universe, 2009 would also mark a major crossover fandom moment — potentially more iconic than, say, Avengers: Infinity War, or even That’s So Suite Life of Hannah Montana. As the director of The Twilight Saga: New Moon, Chris Weitz, revealed on a recent podcast, Swift almost had a cameo appearance in the teen vampire franchise.

“Taylor Swift was a huge Twihard,” Weitz said on Ashley Greene and Melanie Howe’s The Twilight Effect Aug. 16. Weitz explained that he and Swift had the same agent, who relayed the musician’s interest in the film. “He said like, ‘Taylor would like to be in this movie ... she will be like, you know, someone at the cafeteria, or the diner, or whatever, but she just wants to be in this movie.’”

Tragically, though, the cameo didn’t happen — and Weitz explained why. “The moment that Taylor Swift, like, walks onto the screen, for about five minutes, nobody is going to be able to process anything.”

Weitz acknowledged that while the decision was probably “for the best of the film,” it was still hard to make — and had a lasting impact. “I kick myself for it, too, because I was like, wow, I could have been hanging out with Taylor Swift,” he joked. “We could have been friends.”

While Swift didn’t get to appear in the film alongside Lautner, her then-beau, some fans are convinced that there’s still a connection between Swift and New Moon. It’s actually been a long-standing Swiftie theory that the musician actually wrote “Haunted” about the Jacob, Bella, and Edward love triangle — and well, have you heard those lyrics? Exhibit A: “He will try to take away my pain / And he just might make me smile / But the whole time I'm wishing he was you instead.”

The lyrics (plus the edgy, horror romance vibe) have long led fans to read “Haunted” as a Twilight-adjacent track — perhaps, some listeners theorize, it was even planned to appear on the New Moon soundtrack, or play during the film’s credits. Those theories are only galvanized, of course, by the report that Swift was a Twihard back in the day.

More like this
There's A Taylor Swift Easter Egg In Ryan Reynolds' 'Deadpool 3' Teaser
By Marina Watts
20 Years Later, Kelly Clarkson & 'American Idol' Judges Reunite For Her Hollywood Walk Of Fame Star
By Radhika Menon
Everything To Know About Taylor Swift’s 10th Studio Album, 'Midnights'
By Grace Wehniainen and Jake Viswanath
Craig David Is Still Slicker Than Your Average
By Olivia-Anne Cleary
Get Even More From Bustle — Sign Up For The Newsletter