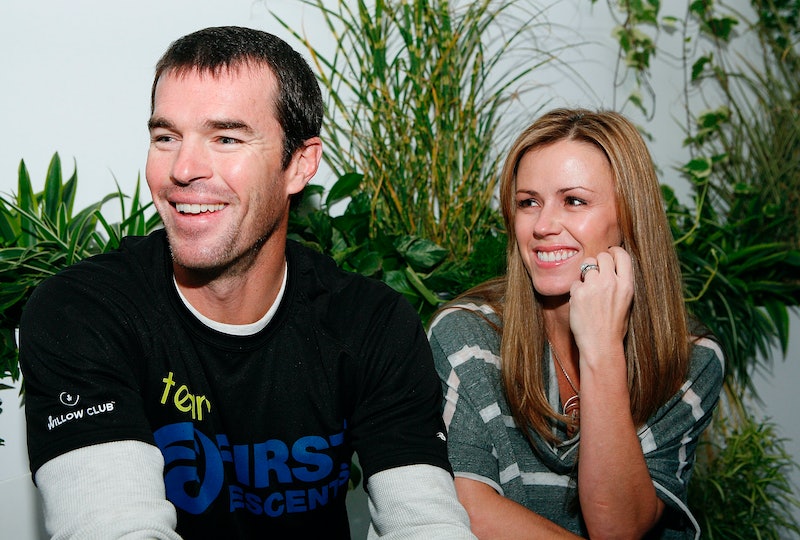 After keeping his battle secret from the public for months, former Bachelorette star Trista Sutter revealed that her husband Ryan is battling a mystery illness. On Saturday, Nov. 28, the first-ever Bachelorette opened up about Ryan's health battle in an Instagram post, sharing both good and bad news with her followers.

Trista said that Ryan has been "struggling for months" with an unknown illness, but that his condition has not dehabilitated him to the point where he cannot work or exercise. The couple has been having a hard time figuring out his problem, but over Thanksgiving week, cancer was thankfully ruled out as a possibility. "We got an answer that would normally be the best answer of all good answers," she wrote. "We found out that Ryan doesn't have cancer." Of course, this was a huge relief to the couple — especially since Ryan had symptoms that "lined up with lymphoma."

Although Trista is grateful that Ryan is cancer-free, the couple is growing frustrated about the lack of answers. "Part of us was wanting a diagnosis," she said. "Wanting to be able to fight for him to be cured instead of fighting for an answer. How messed up is that?" And even though she's grateful cancer has been ruled out, she's tired of being "in a holding pattern of not knowing."

Immediately after posting, Trista's fellow Bachelor Nation members poured into the comments to send love and support the couple's way. Clare Crawley said she was praying for their family "for answers and for healing," while Bachelor In Paradise contestant Tenley Molzahn thanked Trista for sharing their story. "Prayers for answers and complete healing, friends," she wrote. "Thank you for sharing so we can stand beside you. Love you guys."

On the very first season of The Bachelorette in 2003, Trisha accepted Ryan's proposal during the finale. The two were married later that year and have remained together ever since. In her Instagram post, she made it clear that she's sticking by him during this tough time. "We lived a fairy tale on TV and have a great life for all intents and purposes, but answers would be nice," she concluded. "So, I'm going to keep praying for answers and am hopeful that if you are the praying type, that you'll think of Ryan when the time comes to send up a message."