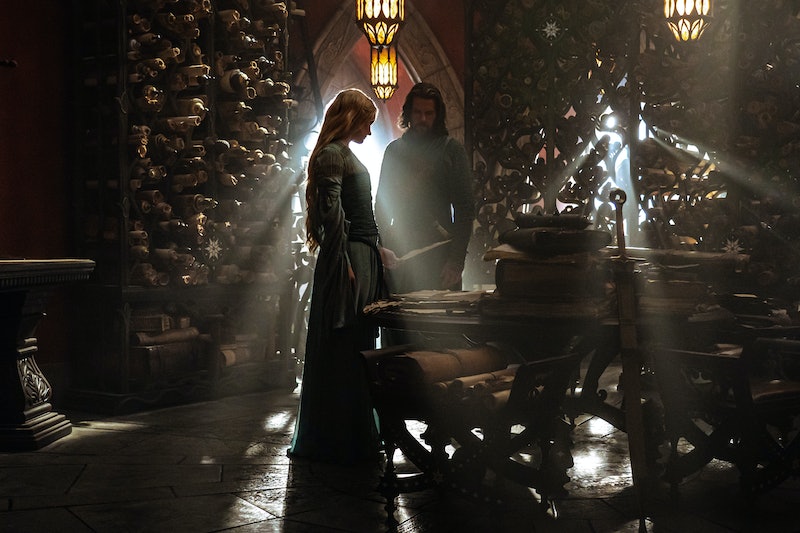 The Rings of Power has taken a much darker turn since its two-episode premiere, delivering a level of brutality not yet seen during the show’s venture into Middle-earth. As the realms of men, dwarves, harfoots, and elves prepare for what's to come in Episode 4, so must The Lord of the Rings fans. The next chapter of Tolkien’s world will hopefully uncover the dark forces threatening the world and the heroic figures in their path.

From its release time to the trailer, let’s break down everything to expect in The Rings of Power Episode 4.

The Rings of Power continues to expand the world of Middle-earth with a new episode every Friday this season. Fans can expect to stream Episode 4 on Sept. 16 at midnight ET. (If you are on the west coast, you get to watch the new episode on Thursday, Sept. 15 at 9 p.m. PT.) To watch Season 1, you will need a subscription to Amazon Prime; membership costs $14.99 per month.

The Rings Of Power Episode 4 Trailer

Unlike most shows, Prime Video only releases episodic previews for its LotR series on its platform. To see a glimpse of what’s next for Galadriel and co., you will need to seek out the 30-second teaser available in The Rings of Power “Extras” section on Prime Video. The short sneak peek features Arondir's meeting with Adar, a trip to the Dwarven mines, and Galadriel’s meeting with Queen Regent Míriel of Númenor.

After Episode 4 debuts on Sept. 16, there will be four more episodes left in Season 1. That means viewers will officially be at the halfway mark of the season. Assuming the release schedule stays as it is, the rest of the season should premiere as follows:

The Rings Of Power Episode 4 Title

Amazon Studios continues to keep details about future episodes of The Rings of Power close to its vest. And that surely applies to its episode titles, which are only revealed once they are released every week. So that means we don’t know what Episode 4’s title is for now. However, we did notice a pattern with the first three episodes — each begins with the letter, “A.” Could we expect Episode 4’s title to start with an “A” as well?

The Rings Of Power Episode 4 Runtime

Episode 4 doesn’t have an official runtime, but the previous three episodes range from 60 and 70 minutes. It only makes sense for Episode 4 to clock in at around an hour or so, too.

The Rings Of Power Episode 4 Plot

Heading into Episode 4, Arondir (Ismael Cruz Córdova) discovered the orcs were building a series of tunnels to avoid both sunlight and detection — and perhaps because they’re searching for the remnants of Sauron’s sword, which Theo (Tyroe Muhafidin) currently possesses alongside Bronwyn (Nazanin Boniadi). Arondir fails to escape the orcs, who bring the elf to meet Adar, a mysterious figure, at the climax of Episode 3. You can expect Episode 4 to likely offer more clues to this new character, especially if he’s somehow connected to Sauron.

With the harfoots on the move, Episode 4 might see the Brandyfoots and the mysterious grey man from the heavens (played by Daniel Weyman) get closer to the show’s action. After learning Halbrand (Charlie Vickers) is a reticent king-in-waiting, Galadriel realizes their meeting was no accident, and we see she has the means to get out of Númenor, which will certainly be dealt with in Episode 4. The Queen Regent also mentions the arrival of an elf near the end of Episode 3, and it sounds as if she was expecting and fearing Galadriel’s presence, and the reason could be revealed in the new episode. Staying in Númenor, Elendil’s son, Isildur (Maxim Baldry) doesn’t appear interested in becoming a sea captain, much to his father’s dismay. Given what we know about the fate of both the father and son, sea captaincy may be the least of their problems.

Finally, even though we didn’t get a chance to catch up with the dwarves in Episode 3, the sneak preview shows Durin (Owain Arthur) and Elrond (Robert Amayo) will be up to something come this Friday.

More like this
Everything To Know About The 'Daisy Jones & The Six' TV Series
By Maxine Harrison
'Bridgerton' S3 Teases Exciting Social Season For Penelope Featherington
By Bustle
The First Trailer For 'That '90s Show' Includes So Many Nods To The Original Series
By Jack Irvin, Alyssa Lapid and Grace Wehniainen
Everything To Know About 'The Peripheral's Potential Season 2
By Brad Witter
Get Even More From Bustle — Sign Up For The Newsletter