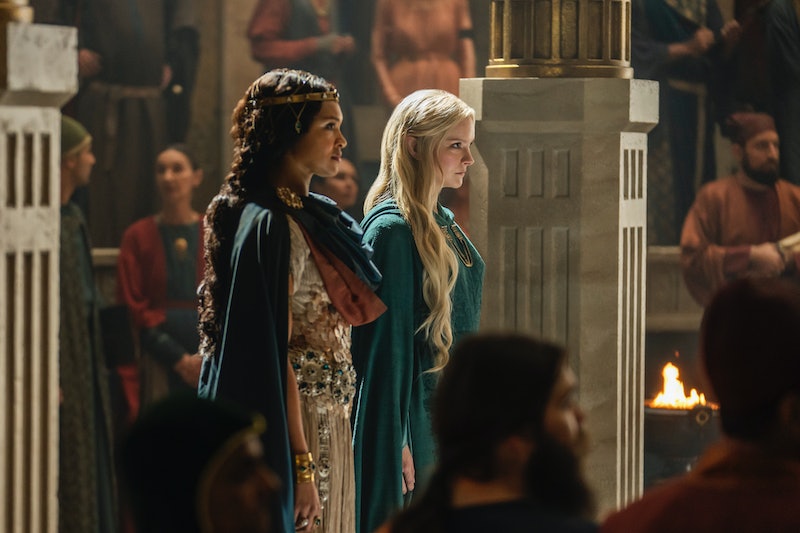 Just as things were beginning to look bleak, The Rings of Power has cast some optimism into its first season. It certainly seemed like the treachery of orcs was bound to doom Middle-earth, until Episode 4 introduced newfound bonds between the realms of men, elves, and dwarves — kind of. The prospect of hope seems exciting, but it may ultimately be short lived now that Adar has not only been revealed, but also appears to be on the move as the LotR story continues to unfold.

From its release time to the trailer, let’s break down everything to expect in The Rings of Power Episode 5.

Since Sept. 2, Fridays have marked the weekly release date of The Rings of Power. That pattern will continue with the release of Episode 5 on Sept. 23. The latest chapter will be available for streaming at midnight ET, and those who are watching on the West Coast can tune in on Thursday, Sept. 22 at 9 p.m. PT. The series can be found exclusively on Amazon Prime, which will run subscribers $14.99 per month.

The Rings Of Power Episode 5 Trailer

The Rings of Power has taken a fairly exclusive approach with regards to its trailers. In order to get a sneak preview of what’s to come, audiences will need to watch the 30-second Episode 5 lookahead, which is available in The Rings of Power “Extras” section on Prime Video. This week’s preview features Galadriel trying to rally some troops, a dubious Halbrand, harfoots in danger, Adar’s preparation, and more dwarven mithril.

With four episodes down, we have just four to go, which means we're officially at the halfway point in The Rings Of Power. The back half of the season will begin on Sept. 23, and the rest of the season’s premiere schedule is as follows:

The Rings Of Power Episode 5 Title

The title of Episode 5 remains a mystery. Amazon Studios has been taking a secretive approach to the show’s in-season promotion, and thus, we don’t typically know the episode titles until they premiere. Here are the episode titles thus far:

The Rings Of Power Episode 5 Runtime

Episode 5 doesn’t have an official runtime, however, Episode 4 ended up running longer than usual, with a total runtime of 71 minutes. If this is a sign of things to come, we could be in for slightly longer episodes in the back half of the season, as the action and story begins to ramp up. Expect Episode 5 to be over an hour when it makes its premiere.

The Rings Of Power Episode 5 Plot

With Episode 5 on the horizon, it looks as though Galadriel (Morfydd Clark) and Queen Regent Míriel (Cynthia Addai-Robinson) of Númenor have brokered a union between the realms of elves and men. After being granted a look into the potential fall of Númenor, the two heroines plan to reunite their once allied peoples against the return of Sauron. Even though the likes of Isildur (Maxim Baldry) and Elendil (Lloyd Owen) are ready to stand apost, Halbrand (Charlie Vickers) has no interest in returning to his ancestral home in the Southlands.

Speaking of the Southlands, Bronwyn (Nazanin Boniadi) will be doing all she can to keep her displaced people safe, however, now that the Adar (Joseph Mawle) is aware that Sauron’s hilt resides at the watchtower, it’ll be up to Bronwyn and Arondir (Ismael Cruz Córdova) to hold off an impending orc attack.

Also carrying over from Episode 4 to 5 will be the dubious alliance between elves and dwarves. In Episode 4, audiences discovered an increasingly rare and powerful mineral known as mithril in the dwarven caves. It’s is something that Celebrimbor (Charles Edwards), the most renowned elven architect, will surely take a liking to.

Lastly, though we didn’t get any harfoots in Episode 4, expect some more clues about the mysterious grey man (played by Daniel Weyman), in addition to the dangers of their migration.

More like this
Everything To Know About The 'Daisy Jones & The Six' TV Series
By Maxine Harrison
The First Trailer For 'That '90s Show' Includes So Many Nods To The Original Series
By Jack Irvin, Alyssa Lapid and Grace Wehniainen
Everything To Know About 'The Peripheral's Potential Season 2
By Brad Witter
'Bridgerton' S3 Teases Exciting Social Season For Penelope Featherington
By Bustle
Get Even More From Bustle — Sign Up For The Newsletter