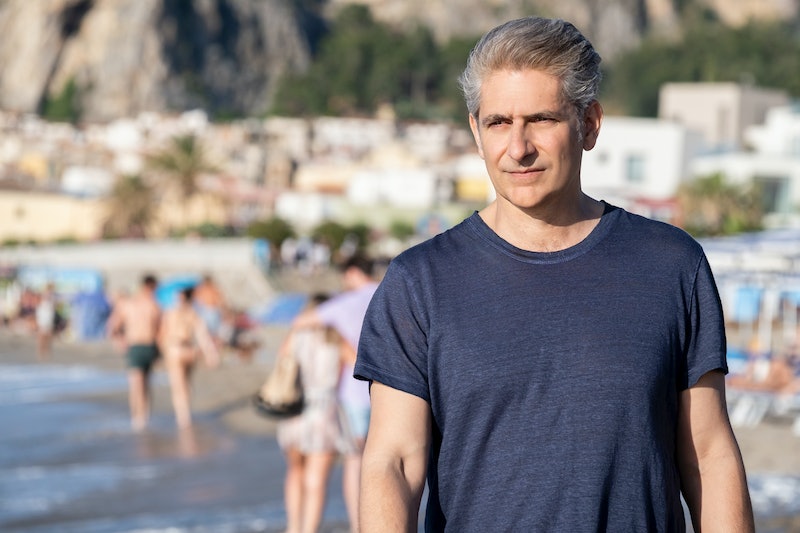 The White Lotus is known for its star-studded, Emmy-winning ensemble cast — but next to Jennifer Coolidge’s Tanya McQuoid, the show’s most iconic character has to be its location. Last season, the drama went down at Hawaii’s Four Seasons Resort Maui at Wailea, which didn’t just serve as a beautiful backdrop but also played an important role in the class satire underlying the whole season. (Like, for example, when Paula learns from a local hotel employee that the hotel was built on stolen, sacred land and convinces him to swipe jewelry to fund a lawsuit against the county.)

Like its predecessor, filming for the latest installment took place at a Four Seasons property: San Domenico Palace Taormina in Sicily, per Architectural Digest. “We saw a lot of properties in France and Italy,” White told the magazine. “Many of them were small and wouldn’t photograph very well. But when we went to the San Domenico… there was just something about it.”

There’s a lot about it, honestly. According to AD, the hotel boasts 111 rooms, many of which have plunge pools or volcano views. That’s Mount Etna, to be exact — an active volcano that sits near the resort on the Ionian Sea.

Four Seasons has owned the hotel since 2020, AD points out, but San Domenico’s history goes back way further than that. During the Golden Age of Hollywood, Sophia Loren and Audrey Hepburn were among the famous guests — while Four Seasons reports that Elizabeth Taylor and Richard Burton visited in the ‘60s, and claims they “had a furious argument on the terrace of their suite.” (How very White Lotus!)

San Domenico opened as a hotel in 1896, but was actually first constructed as a Dominican convent in the 14th century. The change coincided with Taormina’s new reputation as “a popular destination for painters,” Four Seasons writes, “along with French and German tourists who were attracted by the town’s reputation for sexual freedom and wild parties.”

If The White Lotus Season 2 filming location inspires you to take a trip of your own, you can do that — it’ll cost $900 to $1,435 per night for a room, per AD, or $1,535 to $5,200 per night for a suite. According to Deadline, additional filming took place around Sicily and at Lumina Studios, located north of Rome.

More like this
Here’s What Happens To Bill & Frank In 'The Last Of Us' Video Game
By Brad Witter
The 'Gossip Girl' Reboot Creator Is “Looking For A New Home” To Air A Potential Season 3
By Brad Witter
The 8 Best Aidan Shaw Moments On 'Sex And The City'
By Grace Wehniainen
'The Last Of Us' Video Game Revealed Tess’ Fate In The HBO Series
By Brad Witter
Get Even More From Bustle — Sign Up For The Newsletter
From hair trends to relationship advice, our daily newsletter has everything you need to sound like a person who’s on TikTok, even if you aren’t.