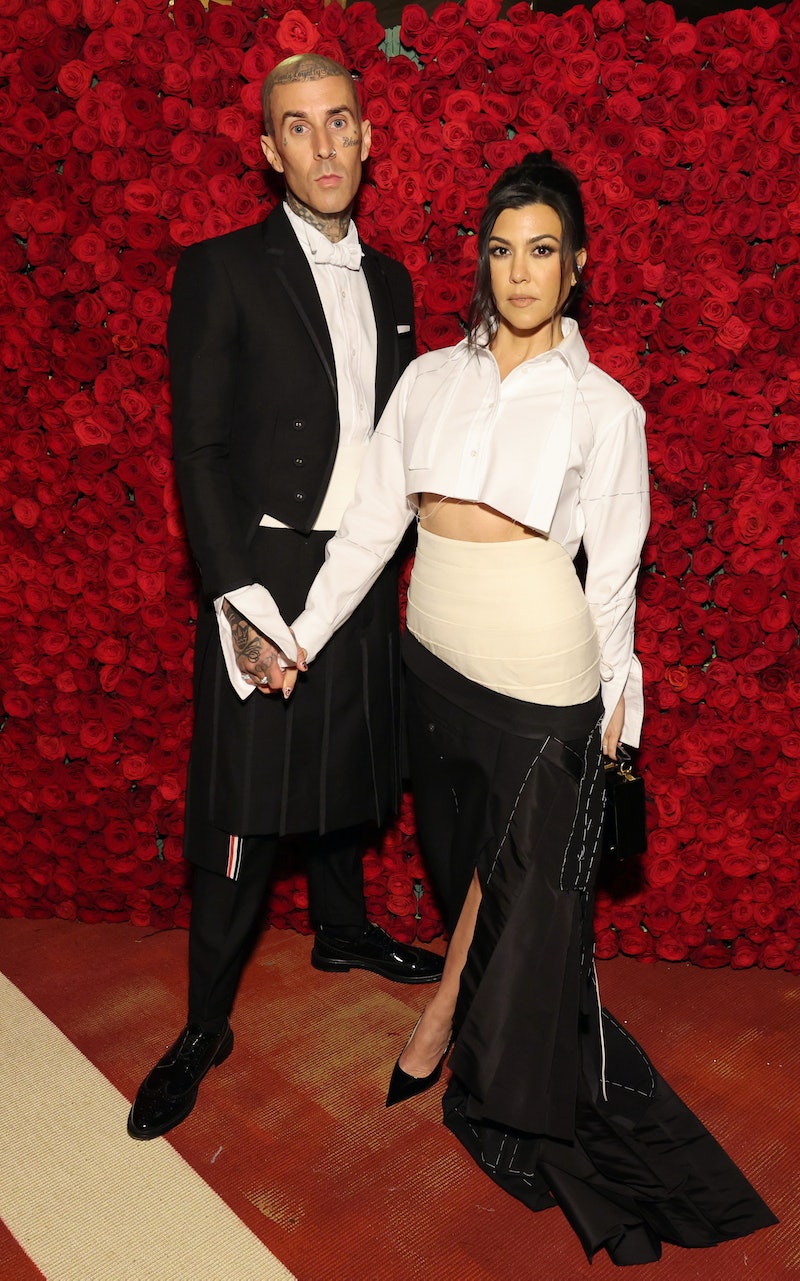 It’s been a “scary and emotional week” for newlyweds Kourtney Kardashian and Travis Barker, and their social media updates on July 2 offered proof. The Blink-182 drummer was hospitalized on Monday, June 27 with a case of pancreatitis that had the whole family and their fans justifiably worried about his health. Fortunately, his recent Instagram story and tweets stated he’s “currently much better” and Kardashian’s stories also indicated he is doing better.

Barker went in for an endoscopy — a procedure in which doctors use a camera to look at parts of the upper gastrointestinal tract — on Monday and was “feeling great,” at the time, he explained on social media. After dinner, though, he “developed excruciating pain and [has] been hospitalized ever since.” He shared he had a “very small polyp ... in a very sensitive area” that had to be removed and it “unfortunately damaged a critical pancreatic drainage tube.” That’s what led to the “severe, life-threatening pancreatitis that Kardashian described. “I am so very very grateful that with intensive treatment I am currently much better,” Barker concluded.

Kardashian was similarly grateful and she reflected on how “our health is everything and sometimes we take for granted how quickly it can change.” She expressed her gratitude to God for “healing [her] husband” as well as thanked those who prayed for them. “I am so touched and appreciative,” she wrote. The Kardashians star also made sure to thank the “specialists, doctors, and nurses at Cedars Sinai” for their “wonderful care.”

To say that it was a “scary and emotional week,” as Kardashian did, seems apt. Barker tweeted, “God save me,” while he was in the hospital, and his 16-year-old daughter, Alabama Luella Barker, also called for prayers on social media. Kardashian noted in two other Instagram stories on July 2 that it’s hard for her to express in words just how relieved she is that her new husband is on the mend.

“It’s crazy how sometimes words could never truly express the gratitude or feelings I have inside of me,” she wrote in one.

“Language and voice carry energy but your heart is more powerful,” Kardashian added in the next. “What your heart and soul feel goes beyond a small combination of letters. I love Rumi’s quote ‘I closed my eyes and spoke with you in a thousand silent ways’.”

The health scare brought them to the “in sickness and in health” part of their wedding vows early on in their life as husband and wife. The self-proclaimed “soulmates” got engaged in October 2021, and then had three marriage ceremonies earlier this year. The first was a Las Vegas practice run with no marriage certificate in April, followed by a small courthouse union in May, and then a grand affair in Italy one week later. A health scare is a pretty rude interruption to the honeymoon period, but thankfully Barker appears to be on the mend.