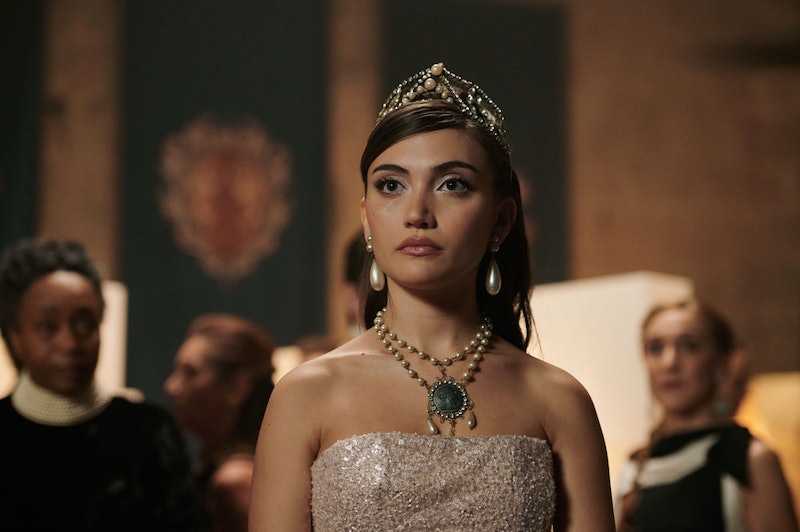 Spoilers ahead for the Vampire Academy books and TV series, Episodes 1-4. Fifteen years after the first Vampire Academy book came out, the paranormal romance is getting a TV adaptation — and yes, it appears to have author Richelle Mead’s blessing. Though Mead wasn’t directly involved in the show’s production, she wrote on Twitter that she got to watch several episodes ahead of its Sept. 15 release on Peacock. “I ADORE the cast,” she said. “They’ve nailed the characters’ personalities.”

That’s good news if you fell in love with characters like dhampir Rose Hathaway or royal Moroi vampire Lissa Dragomir. However, Mead acknowledged that you might find some differences between the Vampire Academy book and the TV adaptation. “There are changes (inevitable w/film&tv), but most key elements are in there,” she wrote in another tweet. “The order of many of them has shuffled, putting me in constant anxiety b/c now I don’t know when someone’s going to die. 😂 Is that how you guys feel when reading??”

So whether you haven’t read the novel yet, or just need a refresher, you may be wondering: What happens in the Vampire Academy book, and where does the show deviate? Here’s how everything goes down in the first novel of the series, on which Season 1 seems to be based.

Do Rose & Dimitri Get Together In Vampire Academy?

Even before Vampire Academy premiered on Peacock, it was clear that one major romance from the books would look different on screen. In the book, Rose is a teenager and Dimitri is her teacher — not to mention seven years her senior, making them a problematic pairing à la Pretty Little Liars’ Aria and Ezra.

On the show, though, “Rose is of age ... it’s not a 17-year-old student and her 24-year-old teacher,” Sisi Stringer, who plays Rose, told The Geekiary at San Diego Comic-Con. “It’s not really that. And the forbidden love kind of comes from the fact that they’re both dhampirs, they’re both guardians, they have their duty to do, so they don’t have time or space for a love that might distract them from their duty.”

Despite their feelings for each other, Rose and Dimitri are not a couple by the end of the first Vampire Academy book — but their age gap isn’t actually the main reason they stay apart. Dimitri tells Rose that a relationship would prevent him from protecting Lissa — that pesky, aforementioned duty. “If I let myself love you, I won’t throw myself in front of her,” he tells Rose. “I’ll throw myself in front of you.”

Their relationship is explored throughout the rest of the Vampire Academy book series, though. It looks like the new Peacock adaptation hints at a budding connection — even if it takes some time.

Do Lissa & Christian Get Together In Vampire Academy?

Lissa and Christian’s instant connection in the TV show is a faithful depiction of the characters from the book. They end Vampire Academy as a couple, making their relationship official after Christian nearly died saving Lissa from a wolf attack.

Does Victor Dashkov Become The Villain In Vampire Academy?

At the end of the Vampire Academy book, Victor Dashkov has attained straight-up villain status. After kidnapping Lissa, he is imprisoned and makes his daughter, Natalie (who does not appear in the Peacock series), turn into a Strigoi to help him escape. It didn’t go to plan, though — Natalie is killed in the process, and Victor remains a prisoner by the novel's end.

What Happens To Sonya In Vampire Academy?

Sonya’s character undergoes one of the bigger departures from book to screen. In the Vampire Academy novel, she is a Moroi teacher with spirit powers like Lissa — and warns her against using them. Ultimately, Sonya decides to become Strigoi “to stay sane,” according to Rose. “Becoming Strigoi [cuts] a person completely off from magic.”

The very first episode places Lissa on a path to becoming queen, so it’s only natural to wonder if Lissa’s long-term arc in the Vampire Academy book series includes her ruling the vampire world. Lissa ultimately becomes queen, but it happens much later — in the final installment of the six-book series. Fans can likely expect a long journey ahead for this queen-to-be in the TV adaptation.

More like this
'Bridgerton' S3 Teases Exciting Social Season For Penelope Featherington
By Bustle
The 'Firefly Lane' Book Ending Teases Way More Tears To Come In 2023
By K.W. Colyard
Everything To Know About The 'Daisy Jones & The Six' TV Series
By Maxine Harrison
Netflix’s ‘First Love’ Is Like ‘Normal People’ Meets ‘50 First Dates’
By Grace Wehniainen
Get Even More From Bustle — Sign Up For The Newsletter