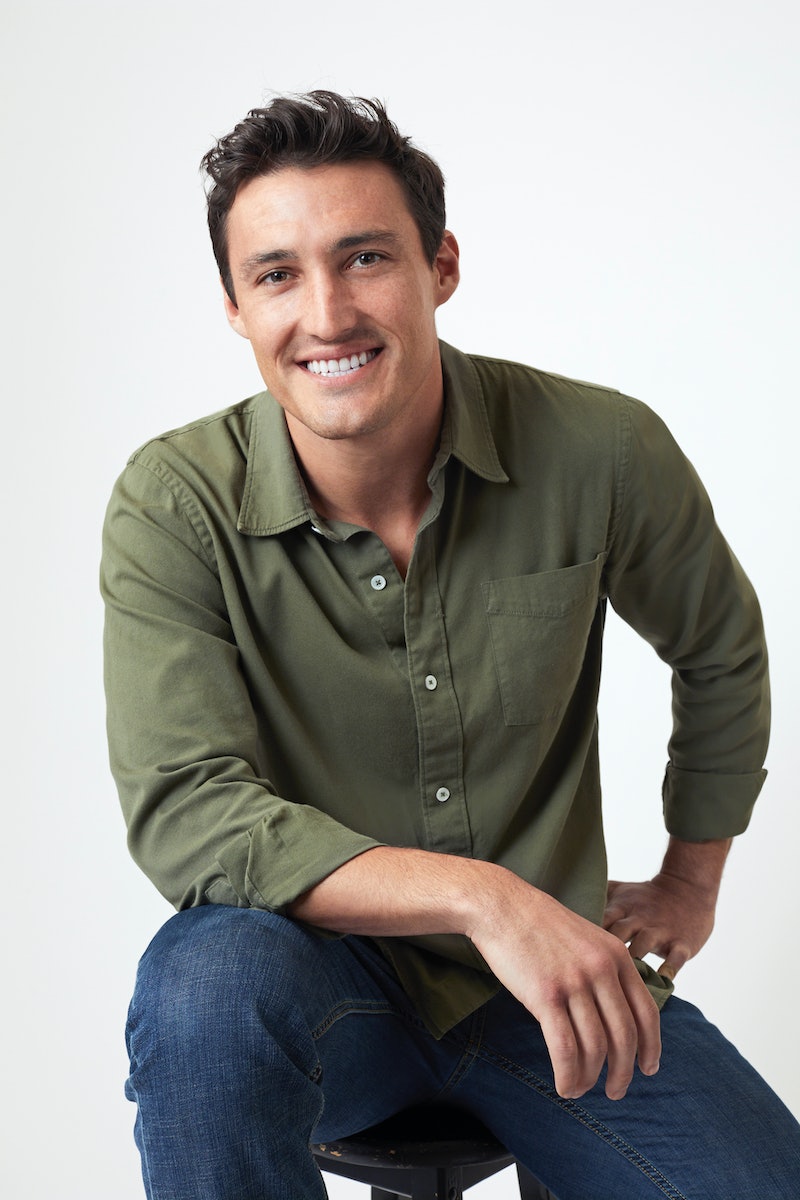 After two emotional breakups with Zach Shallcross and Aven Jones, the ending of Rachel Recchia’s Bachelorette journey seemed clear — partially because, well, she only had one suitor left going into the Sept. 20 finale: Tino Franco. But as viewers soon saw, Rachel and Tino didn’t exactly have a happy ending.

To recap: receiving Rachel’s first impression rose already made Tino one to watch from Day 1 — as Suzana Somers of @BachelorData told Bustle last year, a Bachelorette’s first impression recipient is “one of the strongest trends” that predicts the ultimate winner. Despite a few bumps along the way (see: the Cheese King aftermath, that awful hometown date), Tino proved himself to be a frontrunner following a particularly dreamy one-on-one in Paris.

But as Jesse Palmer promised, this was going to be both the “most emotional” and “most shocking” Bachelorette finale ever — and that, it was. Ultimately, Tino cheated on Rachel, the Bachelorette revealed during After the Final Rose.

They were in a “bad place” after getting engaged, Rachel explained during a pre-taped conversation with Tino. He remembered Rachel saying she wanted to return her ring (i.e., break off their engagement), but Rachel said she only meant she wanted to keep dating and not wear the ring during ATFR.

During the difficult period for the couple, Tino (who “was under the impression we were pretty much done”) kissed a woman he knew from before the show. While he tried to apologize for it, Rachel said he was trying to “minimize” the severity of the betrayal — and decided she was done with him altogether.

After the finale aired, Rachel told Chicks in the Office exactly when the conversation happened. “It happened at like, Men Tell All, when we filmed that,” she explained, placing the breakup on or around Aug. 11.

The pair’s problems started toward the beginning of the season’s airing, though. “When [Gabby and I] were in New York doing press, that is where we started to... spiral,” she added, of her issues with Tino.

Rachel said Tino sent her a letter after it all went down — but she didn’t have a conversation with him until ATFR. And things didn’t get much better between the exes. Tino continued to press the ring situation, insisting that Rachel wanted to return her ring. “I think you and I both know the truth of what happened,” Rachel said at the end of their talk.

So, is Tino single today? And what has he been up to? After the split, the California-based contractor seems to have been focusing on his passion for charity work. In fact, since his time on The Bachelorette began, his only non-show-related Instagram posts have been about the causes he works with — especially the Camp Ronald McDonald for Good Times. Tino first got involved with the camp as a child when his brother was diagnosed with leukemia, he explained in a 2019 Instagram post.

Tino also talked about his charity work in his official Bachelorette bio — where he was introduced as someone who “is very involved in giving back to his community and wants to find someone who will work to make the world a better place alongside him.” Unfortunately for Tino, that someone doesn’t seem to be Rachel — but he’s clearly still working toward the same goals as an (apparently) single guy, for the time being.

More like this
Here's What Happened After Rachel & Aven Left The 'After The Final Rose' Stage
By Grace Wehniainen
Everything To Remember About Lace Morris Before 'Bachelor In Paradise' Season 8
By Grace Wehniainen
Why Did Aven Go Home On 'The Bachelorette'?
By Grace Wehniainen
Where Is Former Bachelor Host Chris Harrison Now & What Is His Net Worth?
By Hugh McIntyre
Get Even More From Bustle — Sign Up For The Newsletter