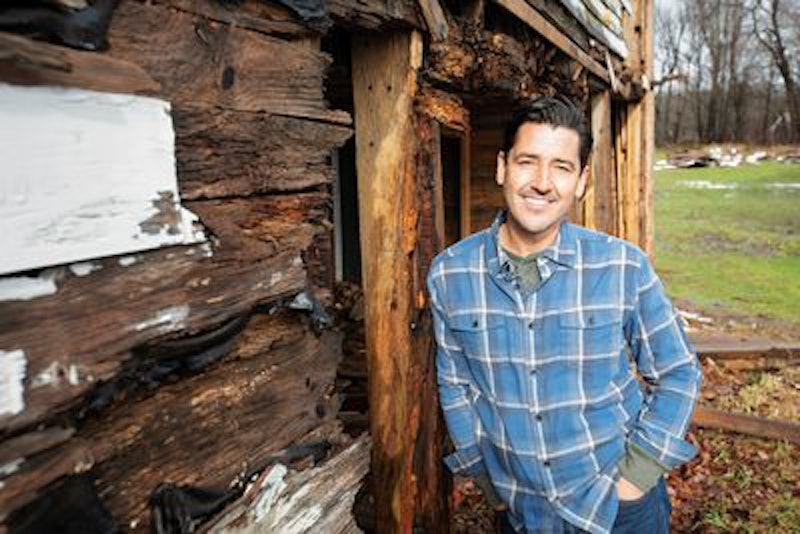 Jonathan Knight may be best known as a member of New Kids on the Block, but for the past 25 years, he's also been flipping farmhouses in New England. That's why he's hosting the new HGTV series Farmhouse Fixer, on which he'll be flipping houses alongside designer Kristina Crestin. According to Knight's Instagram, the show has been a "long [time] coming." Here's what he's been up to while it was making its way to screen.

Knight and his longtime partner Harley Rodriguez have been inseparable since they were introduced by a mutual friend in 2008, per People. In 2016, Knight proposed to Rodriguez, who's a personal trainer, on an African vacation with their parents. "We were on the Zambezi river — it's right above Victoria Falls [between Zambia and Zimbabwe] — we took a night time raft dinner, just the four of us out on the river, there was like a hippopotamus in the background," he said on The Jenny McCarthy Show at the time, per People. "It was a super moon. It was just absolutely beautiful, it was so romantic."

The two spent the next four years planning their dream wedding — set to take place in 2021 on their very own Massachusetts farm — but ultimately postponed it due to coronavirus. "We had everything lined up: the caterers, the entertainment. We were going to get married under candlelight. And then that all just stopped," Knight told People. Now, they may scrap the big wedding entirely. "We're on the fence if we just go elope," Knight continued. "Or, we just wait it out a couple more years and have a really good celebration with our families."

After New Kids disbanded in 1994, Knight had a bit of an identity crisis. "I came home to my 20-acre farm and woke up a couple days later like, 'What am I going to do with the rest of my life?'" he told People. "I was 25, 26 years old and I felt like my career was over." Then one day, the police officer who led security at his property asked for renovation help. Initially, Knight thought the suggestion was odd, but agreed to the job because he had free time. "We started a company and flipped houses right up until I left for New Kids again in 2008," he said. Overall, he's renovated 200-plus houses in New England.

New Kids on The Block Will Return Post-Pandemic

Since reuniting in 2008, New Kids has released two albums and embarked on a 53-city tour in 2019. According to Entertainment Tonight, they will perform again when it's safe; their website says a concert is scheduled to take place at Fenway Park in Boston on July 16, 2021. Until then, you can get your fair share of New Kids on Farmhouse Fixer: Knight told ET that his brother and bandmate Jordan will make a cameo.

More like this
Kanye West Apologizes To Kim K "For Any Stress I Have Caused" In Rare Interview
By Jake Viswanath
Jason Derulo Is Launching A New Singing Show In The UK
By Maxine Harrison
20 Years Later, Kelly Clarkson & 'American Idol' Judges Reunite For Her Hollywood Walk Of Fame Star
By Radhika Menon
Wait, Did Nate Actually Turn Down Being The Bachelor?
By Kadin Burnett
Get Even More From Bustle — Sign Up For The Newsletter