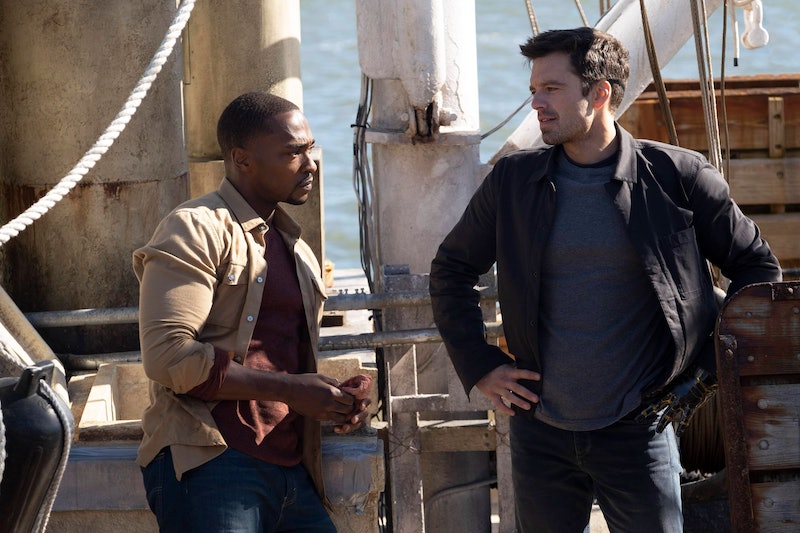 As the Marvel Cinematic Universe rolls into Phase Four, the superhero franchise is taking more risks than ever. With different timelines, mumblings about a multiverse, and magically-conceived realities, it’s sometimes difficult to determine just where we are at any given time. So as the next installment in the MCU arrives, the question must be asked: When does The Falcon and the Winter Soldier take place? It’s not so easy to answer at first glance when looking at the new Disney+ series’ Phase Four compatriots.

Wandavision, which wrapped up its first (and likely only) season on March 5, took place just a few weeks after Avengers: Endgame and several months before Spider-Man: Far From Home, the most recent MCU film. Then there’s the still-unreleased Black Widow. The first movie in Phase Four of the MCU is slated to take place between 2016’s Captain America: Civil War and 2018’s Avengers: Infinity War, making it the earliest chronological MCU release since 2019’s Captain Marvel. This is all very confusing, so where does it leave The Falcon and the Winter Soldier? Though the exact timeline for the series has not yet been revealed, it is known to take place after Avengers: Endgame. The series finds the two titular BFFs of Captain America — played by Anthony Mackie and Sebastian Stan — struggling to continue his legacy after the elderly Steve Rogers passed his vibranium shield onto Sam Wilson (Falcon) at the end of that film.

Steve Rogers may even be deceased prior to the series start, or his death may help kick off the plot; Deadline’s Anthony D’Alessandro reported on March 14 that Captain America is dead in the series. D’Alessandro also compared the series’ timeline to that of WandaVision, suggesting that The Falcon and Winter Soldier takes place very shortly after Endgame.

Although much of the story remains tightly under wraps, the general gist of the plot revolves around an insurgent anti-patriotism terrorist group called the Flag Smashers, who force Sam Wilson (Mackie) and Bucky Barnes (Stan) to team up to stop them from... doing something bad. Also figuring into the mix somehow are Baron Zemo (Daniel Brühl), the returning main villain from Civil War, and the new character of John F. Walker (Wyatt Russell), a sometimes-hero, sometimes-villain from the comics who has gone by the names U.S. Agent, Super-Patriot, and — notably — Captain America.

According to The New York Times, the series will tackle big questions, like, “Who is an American, and who gets to decide what principles the country stands for?” and “What compels people to take extreme actions in the name of what they believe is patriotism?” It sounds much deeper than the action-heavy trailers would lead one to believe.

With its timeline picking up after the events of Avengers: Endgame, The Falcon and the Winter Soldier should set the stage not only for the future of Captain America’s legacy, but also for the rest of Phase Four of the MCU.

More like this
Louisa Harland’s New Show Is A Far Cry From Derry Girls
By Frances Stewart
Everything To Know About The Long-Awaited ‘Community’ Movie
By Stephanie Topacio Long
What’s New On Netflix: Ana De Armas’ 'Blonde' & A Nick Kroll Special
By Arya Roshanian
Here’s Everything Coming To & Leaving Netflix In October
By Jake Viswanath
Get Even More From Bustle — Sign Up For The Newsletter