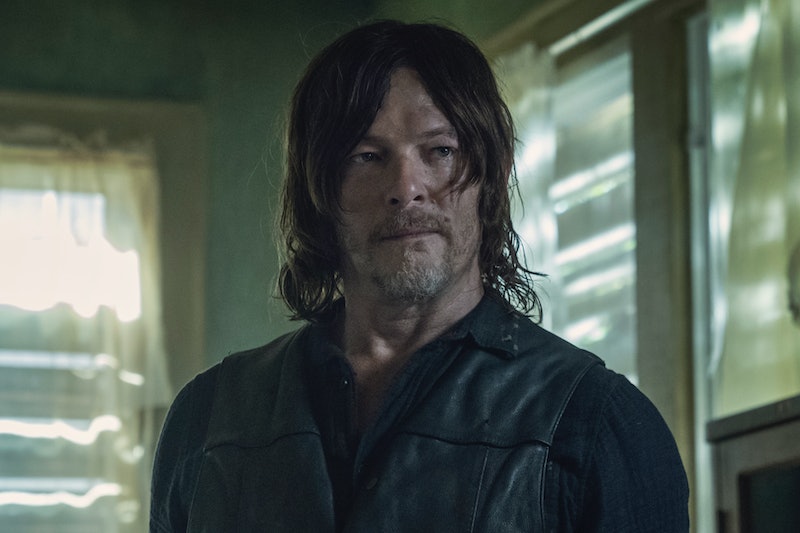 When it was first announced, the promise of a super-sized final season for The Walking Dead was a fan’s dream — a chance to stave off the inevitable void that the series ending will bring. Now that Season 11 is finally unfolding, though, you may be wondering how those extra episodes will actually roll out and when The Walking Dead Season 11 will return after its upcoming break.

Past seasons of the show typically clocked in at 16 episodes, but there will be 24 this time around. Season 11 also debuted in August, as opposed to October, which means the usual schedule of a mid-season break in November or December before returning the following February does not necessarily apply. Fortunately, The Walking Dead’s chief content officer Scott Gimple clarified the schedule at this year’s Comic-Con@Home.

According to Gimple, the season is divided into three sets of eight episodes — instead of the upcoming hiatus being a mid-season break, it’s actually more of a third-of-the-way-there break. As for when the show will return, Season 11B and 11C “will be premiering next year,” Gimple confirmed. “So we have a lot of Walking Dead coming your way.”

So what can you expect from Season 11’s back two-thirds? Gimple teased even more changes to come. “It’s a big story, and it takes a lot of turns …. We reinvent every eight episodes,” he said at the virtual panel, promising that “we’re gonna put the audience through their paces [and] give them an epic, extended goodbye that will do it right.”

In an interview with Decider, showrunner Angela Kang shared a similar perspective. “There are some mini-arcs that build up to something bigger ... where you will follow an arc for a while, but another arc is rising under it,” she said. “And then things crash into each other. There’s a variety of arcs that are much longer versus shorter, or sometimes even very, very self-contained.”

If each batch of eight episodes is unique from each other, that could help the show fully tackle its remaining storylines. Fans will have to wait and see if dealing with the Reapers, getting everyone to the Commonwealth, setting up that Daryl and Carol spinoff, and (fingers crossed) seeing Rick and Michonne again are on the agenda.

Though AMC hasn’t teased plot specifics just yet, one way The Walking Dead might separate each set is with time jumps, and there’s reason to believe one could be coming in Season 11. It’s a device the series has used to its advantage several times before to help move the survivors along — such as those early days at the prison and Judith growing up. According to We Got This Covered, sources suggested a “huge” time jump would take place this season. There is a pretty significant time jump in The Walking Dead comics, serving as a sort of epilogue to the Commonwealth saga, but smaller skips could be used between 11A, 11B, and 11C to break up the vast narrative ahead.

More like this
An 'Everything Everywhere All At Once' Star Just Joined The 'Loki' Season 2 Cast
By Grace Wehniainen
Nicola Coughlan Shared A Lady Whistledown Excerpt From ‘Bridgerton’ Season 3
By Grace Wehniainen, Alyssa Lapid and Sam Ramsden
A New 'And Just Like That' Table Read Pic Confirms A Key Character's Return
By Jack Irvin and Grace Wehniainen
Viserys’ Fate On 'House Of The Dragon' Could Differ From The Book In This Surprising Way
By Grace Wehniainen
Get Even More From Bustle — Sign Up For The Newsletter