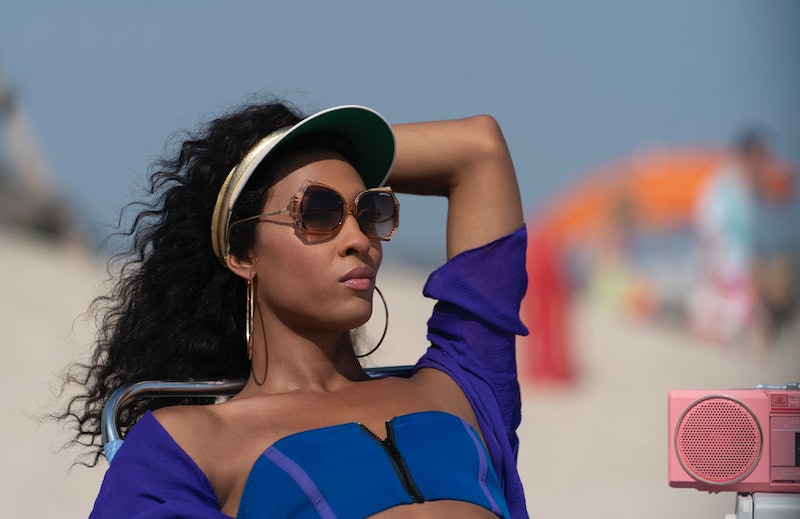 Update: Pose will return for its third and final season on May 2. According to FX, the seven-episode season will jump forward to 1984. "Ballroom feels like a distant memory for Blanca, who struggles to balance being a mother with being a present partner to her new love, and her latest role as a nurse's aide," reads a release, per TV Line. "Meanwhile, as AIDS becomes the leading cause of death for Americans ages 25 to 44, Pray Tell contends with unexpected health burdens. Elsewhere, the emergence of a vicious new upstart house forces the House of Evangelista members to contend with their legacy."

Earlier: And the category is – season finale. Pose Season 2 is wrapping up this week and fans can’t wait to find out the status update on Blanca’s love life and health, Angel’s modeling drama, Elektra’s always entertaining shenanigans, and what exactly is going on with Pray Tell and Ricky. Thankfully, this won’t be the end of this ball culture saga because Pose is returning for a third season, per TV Line. Of course, there’s going to be downtime between the seasons, and right now no one knows when Pose Season 3 will premiere which will be frustrating when you get to the end of Season 2.

The first two seasons made their debut in June 2018 and 2019 respectively, so it’s assumed that the next round of episodes won’t drop until June 2020. It seems like a lifetime to be away from this lovable crew, but there are a few things to look forward to in the meantime. Mj Rodriguez aka Blanca is going back to theater in the Little Shop of Horrors play in September, per The Hollywood Reporter. And, Candy Ferocity actress Angelica Ross announced via Twitter that she’s heading to American Horror Story (another Ryan Murphy series) for its 80’s infused ninth season. It may not be the same as seeing them walk in the balls, but any dose of these fab ladies is a good thing, right?

The upcoming episode itself will be full of surprises according to Ryan Murphy, who revealed to that the Season 2 finale will jump to 1991, per Deadline. It’s not clear if it will open up in 1991 or do a jump near the end of the episode, but it will be interesting to see where the virtually defunct House of Evangelista is at that point.

Damon is currently on a year-long tour, so perhaps he will come back home to his mother for a while. This would make sense considering the episode description says Blanca will have a medical setback as she struggles to put her family together again. Angel and Papi are on their own and will hopefully still be super in love a year later. And, Blanca and Pray Tell should be back on good terms after such a large absence.

There’s always a chance that Season 3 may forward even further in time, which might make fans upset considering that, per the aforementioned Deadline article, Murphy plans to wrap the series in 1996. Right now, Pose is breaking barriers and scooping up awards nominations, so there's still a good chance that it won't end too soon. In the meantime, fans can spend their time re-watching every season as they hit Netflix prior to the new season’s debut.

It's going to be a long year without seeing these characters hit the ball floor, hug it out, throw expert shade, read each other for filth, create dazzling looks, and strive to push past social prejudices that hold them back, but at least fans can take comfort that Pose Season 3 is coming and giving them something to already look forward to in 2020.

More like this
'Elite' Season 6 Is Arriving Sooner Than You Think
By Gretchen Smail and Grace Wehniainen
'The White Lotus' Season 2 Finally Has A Release Date
By Bustle Editors
If 'Entergalactic' Season 2 Happens, You Could Get A New Kid Cudi Album
By Kadin Burnett
'Ramy' Will “Probably” End With Season 4, According To Ramy Youssef
By Brad Witter
Get Even More From Bustle — Sign Up For The Newsletter

This article was originally published on Aug. 20, 2019