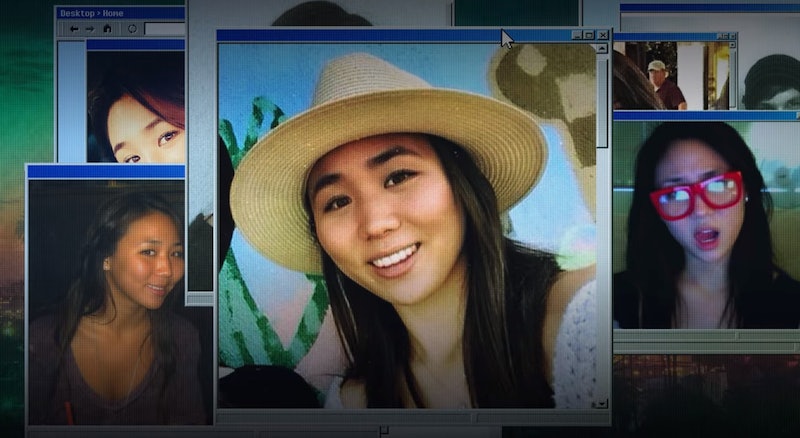 Many were shocked to learn that the “Bling Ring” robberies — a string of burglaries that hit celebrities’ homes in the early aughts — were committed not by sophisticated career criminals, but a group of innocuous teenagers. Somehow, the offenders were able to easily gain access to a myriad of stars’ homes, including those of Orlando Bloom, Paris Hilton, Lindsay Lohan, and The Hills’ Audrina Patridge, making away with valuable clothing, accessories, and more. In Netflix’s new three-part documentary, The Real Bling Ring: Hollywood Heist, two of those teenagers reveal how it all went down.

Nick Prugo, the self-confessed co-ringleader of the Bling Ring, and Alexis Neiers, a tangential member of the group who only took part in one of the burglaries, appear in the docuseries to give their side of the story, reflect on the unprecedented media frenzy that embroiled them, and discuss how the crimes still impact their lives over a decade later.

But Rachel Lee, who Prugo claims acted as the group’s leader, declined to appear in The Real Bling Ring. In fact, to this day, Lee has never spoken much to the public about her involvement in the Bling Ring — which may be why she never became the focus of the media blitz, despite her allegedly extensive involvement.

So who is Rachel Lee, and what has she been up to since her “Bling Ring” days ended? Below, what to know about where Lee is now.

How Was Rachel Lee Involved In The Bling Ring?

The “Bling Ring” originated at Indian Hills High, a remedial school located in Agoura Hills, California, where Lee and Prugo first met. At the time, she was living with her mother in nearby Calabasas. Lee’s expensive taste was apparent as a teen — according to The New York Times, she drove a white Audi A4 to school, and was named “best dressed” in the school yearbook. “She dressed very trendy, things like what celebrities wore,” one of Lee’s former classmates told The Times in 2009. “Everyone would be in jeans and shorts. She would come in fancy jean skirts and fancy tops.”

In order to finance her lifestyle, Lee, alongside Prugo, began breaking into nearby homes and cars the summer after their sophomore year. In 2008, they burgled their first celebrity home: Paris Hilton’s mansion (they’d return to steal from Hilton at least four more times). Between October 2008 and August 2009, it is estimated Lee, Prugo, and some of their friends made off with $3 million in clothes, accessories, and jewelry.

Lee was arrested in October 2009 after police received an anonymous tip. Lee was also caught on a surveillance video from Lohan’s residence, and Prugo gave a detailed confession to law enforcement, naming her. Lee was living with her father in Las Vegas at the time of her arrest, and police found “over $20,000, designer jeans and photos of [Paris] Hilton” when searching her dad’s home. She was later indicted for three counts of first-degree residential burglary, and an additional two counts of receiving stolen property.

In October 2011, Lee accepted a plea deal that charged her with the robbery at Audrina Patridge’s home; the remaining charges were dropped. She was sentenced to four years in a state prison. However, she was released on parole in March 2013 after serving only 16 months.

Where Is Rachel Lee Now?

Since the initial media blitz subsided, Lee has consistently kept out of the public eye. In October 2018, she gave a rare interview to Us Weekly, claiming that she felt “prison was a blessing in disguise” and “the best thing that ever happened to me.” Following her release, she graduated from cosmetology school. “As a teen, I was chasing love in all the wrong places and by the time I realized, it was too late and I was in prison,” Lee continued. “It made me realize you can only trust yourself at the end of the day.”

She chose not to discuss her involvement in the Bling Ring in detail, but she did mention meeting Emma Watson, one of the stars of Sofia Coppola’s The Bling Ring, which was based on the group’s crime spree. “I walked up to her and I said, ‘Hi, my name is Rachel. I just wanted to introduce myself because you were in a movie based upon my life. I actually had the chance to work on the movie but I didn’t feel comfortable at the time,’” Lee said. “And [Watson] put out her hand and said, ‘It’s nice to meet you.’”

As of 2022, very little is known or confirmed about Lee’s whereabouts, and she continually declines press or media requests to comment on her “Bling Ring” days. Per Us Weekly, she is working on a pilot script for a TV show.