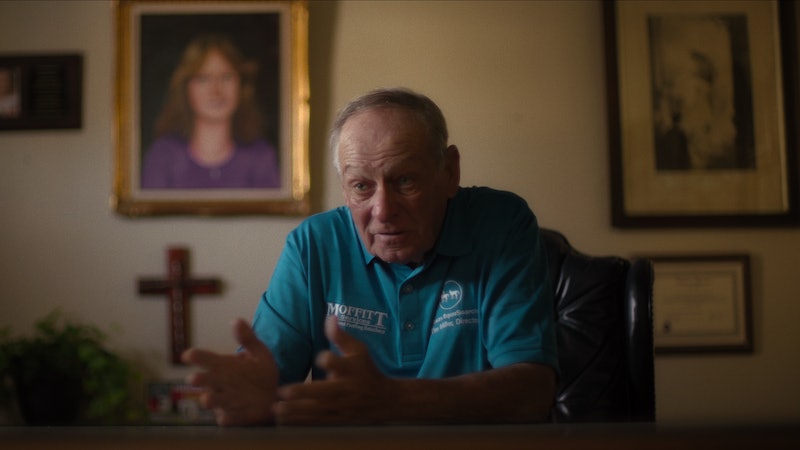 Netflix’s new docuseries, Crime Scene: The Texas Killing Fields, explores the mysterious disappearances and deaths of many young women and girls in southern Texas, dating back to the 1970s. As the series points out, the remote nature of local bayous, empty fields, and retention ponds makes the area a difficult place to find a body. It was where the remains of 16-year-old Laura Miller were found nearly two years after she went missing in September 1984.

Throughout the docuseries, Laura’s father, Tim Miller, discusses his attempts to find Laura’s killer. At first, the discovery of another body in the area, Ellen Beason’s, led Miller to consider Clyde Hedrick as a suspect. Hedrick had been charged with “abuse of a corpse” in Beason’s case, and Miller recalled that one of Laura’s friends said she was scared of Hedrick and would actively avoid him when walking in the area. However, he directed his attention to another suspect, Robert Abel, but he describes that redirection as a “waste of time.”

Decades later, in 2012, Miller urged authorities to reopen Beason’s case. This led to her body being exhumed and, then, a manslaughter conviction for Hedrick, who had, until this time, been a generally free man, minus a slew of other charges related to drugs, assault, and arson.

Kevin Petroff, Galveston County’s assistant district attorney, says in the series that Hedrick confessed to the rape and murder of Laura Miller while in jail — but per Texas law, he couldn’t be convicted based on “jailhouse informants” alone. So Miller didn’t receive traditional justice for his daughter’s death, but he did file a wrongful death lawsuit against Hedrick. Earlier this year, he received a default judgment of $24 million for that case.

Miller has also dedicated his life to supporting families who have been through similar tragedies. In 2000, he founded the organization Texas EquuSearch, which, per its official website, is “committed to providing experienced, organized and ethical volunteer search efforts for missing persons, utilizing the most suitable and up to date technologies and methodologies.”

With the help of volunteers, Texas EquuSearch has worked on more than 2,000 cases — resulting in hundreds of discoveries of both alive and deceased individuals, the site states. As recently as 2020, the group assisted with the search for Vanessa Guillén, the young service member who was murdered at Fort Hood in Texas. Miller was actively involved with the search effort.