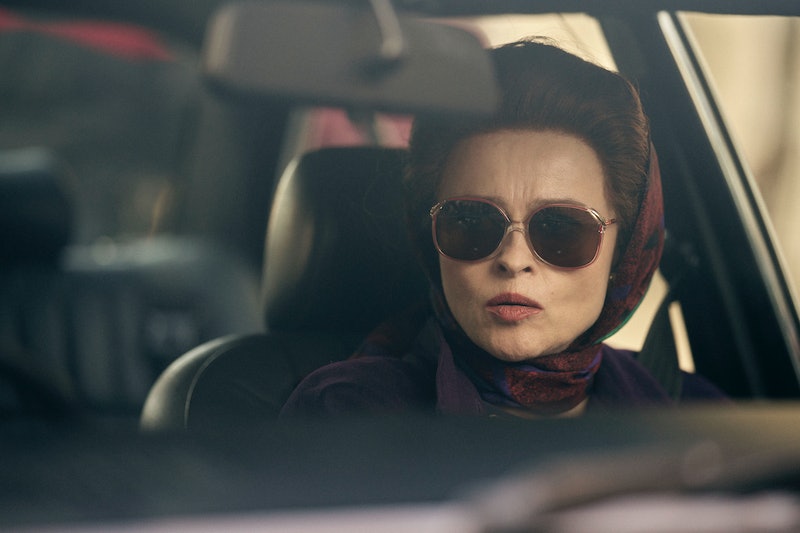 The Crown Season 4 highlighted the events surrounding the royal family from the late '70s through to the '90s. With the introduction of two prominent characters in Lady Diana Spencer (Emma Corrin) and Margaret Thatcher (Gillian Anderson), the writers weren’t short of real-life events to inspire the Netflix series. However, there was one little-known piece of royal history that had fans in shock: the particularly tragic discovery of the queen's "hidden" cousins. Neglected, hidden away, and registered as dead, even. But who were Nerissa and Katherine Bowes-Lyon? And what really happened to them?

Who Were Katherine & Nerissa Bowes-Lyon?

Katherine and Nerissa Bowes-Lyon were two of five daughters born to John Herbert "Jock" Bowes-Lyon — the Queen Mother's older brother — and his wife, Fenella. As such, they were first cousins to Queen Elizabeth and Princess Margaret.

Both Katherine and Nerissa Bowes-Lyon were born with severe learning disabilities. At the time, in the early 20th century, attitudes to such conditions were less progressive. Neither cousin learned to talk, and, per The Telegraph, the two sisters were officially diagnosed as “imbeciles.” In 1941, when Nerissa was 22 and Katherine 15, the Bowes-Lyon family had the sisters committed to an institution, the then-named Royal Earlswood Institution for Mental Defectives in Surrey.

Three of their cousins from their mother's side — Idonea, Rosemary and Ethelreda, the children of Fenella’s sister — had similar disabilities and were sent to the same hospital.

What Happened To Katherine & Nerissa Bowes-Lyon?

Katherine and Nerissa Bowes-Lyon were, for all intents and purposes, abandoned by the royal family, aside from a £125-a-year fee institution for the sisters’ care. According to a 2011 Channel 4 documentary about the sisters, nobody — not even their parents — ever visited, remembered their birthdays, or sent them Christmas cards. Speaking to Thames News in 1987, a hospital representative said of Nerissa: “She was last visited, so far as I’m aware, by direct relatives in the early 1960s.”

How involved the inner circle of the royal family were in their treatment remains unclear. An entry in Burke’s Peerage (the British genealogical publisher)in 1963, declared that both Katherine and Nerissa Bowes-Lyon had died, when in fact the sisters were still alive, as depicted in Season 4 of The Crown.

In Episode 7 of The Crown Season 4, Princess Margaret grapples with her own mental health issues when she learns of her cousins' neglect and confronts her mother. “Don’t be so naive,” Queen Elizabeth, The Queen Mother tells Margaret in response to her accusations of cruelty. “We had no choice.” Margaret (played by Helena Bonham-Carter) concludes “what my family did was unforgivable,” while the queen, apparently a religious reader of Burke’s Peerage, believed them both to have passed away.

Sadly, Nerissa Bowes-Lyon died in 1986 and was buried in Redhill Cemetery, but her sister Katherine lived on.When the story broke in papers in 1987, members of the public sent her flowers. At the time, Buckingham Palace said the queen was aware of the report, but had no comment on the matter. “It’s a matter for the Bowes-Lyon family,” a representative said.

Katherine Bowes-Lyon lived to the age of 87 and died in 2014, having spent 55 years of her life at Royal Earlswood Hospital, and then a care home after the facility closed in 1997.

This article was originally published on November 15, 2020