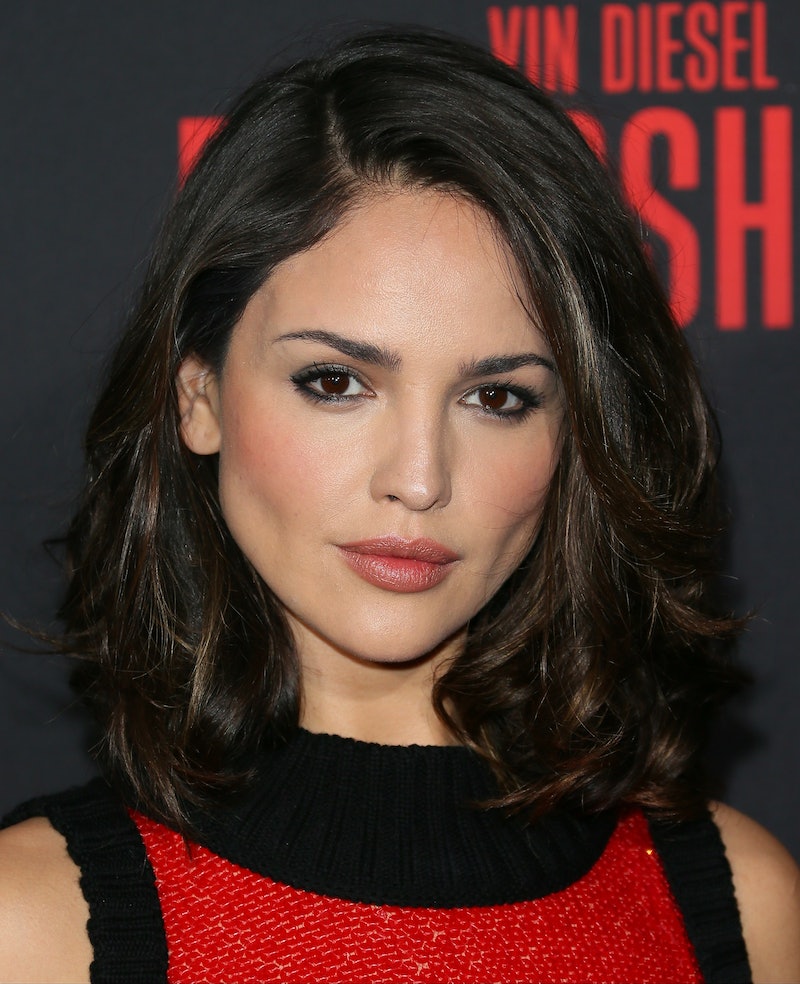 Eiza González should be pretty used to being in big movies by now. The 31-year-old Mexican actor has already made a name for herself with roles in blockbuster action films like Baby Driver and Fast & Furious Presents: Hobbs & Shaw, and within the next two months, she'll appear in Netflix's I Care a Lot and the highly-anticipated Godzilla vs. Kong. And as is usually the case with any star who starts to become such a Hollywood mainstay, there's suddenly a lot of interest in González's love life. So, who is González dating?

For the most part, González has kept her dating profile fairly low, but she has been romantically linked to a number of famous men. Back in 2013, she was seen kissing Liam Hemsworth after one of his many breakups with Miley Cyrus. From 2014 to 2015, she dated her From Dusk Till Dawn co-star, D.J. Cotrona. At various times in 2016 and 2017, she was spotted out with soccer star Cristiano Ronaldo, DJ Calvin Harris, and Colombian singer Maluma. In 2018, González was confirmed to have dated actor Josh Duhamel, according to W. The pair began dating in Feb. 2018 but didn't go on their first public date together until June of that year. Just a month later, on July 25, 2018, ET reported that the pair had split. Then there's González best-known romantic partner who also may have been her shortest-tenured: Timothée Chalamet.

González and the Call Me By Your Name star were linked after TMZ spotted them making out in Cabo in June 2020. Given Chalamet's considerable star power, the photos generated a lot of buzz about a romance blooming between the two actors, but it ended up being all for naught. The duo's romance apparently only lasted about as long as their five-day Mexican vacation, E! News reported in October. So if she's not dating Chalamet, then who is González dating?

It's hard to say, as the actor has a history of not publicly speaking about her relationships. Her last rumored publicly-known romance was with model Dusty Lachowicz, as the two were photographed holding hands in Dec. 2020 during a shopping trip in Los Angeles. Outside of that, however, it's unknown if the two are still together — or if they ever were to begin with. One thing that seems pretty clear, though, is that it doesn't really matter who González is dating, as the actor is going to continue landing bigger and bigger roles no matter who happens to be on her arm.

More like this
Who Is Nick Cannon Dating & How Many Kids Does He Have?
By Jordyn Tilchen and Radhika Menon
Hailey Bieber Just Responded To *That* Viral Met Gala Moment
By Radhika Menon and Sam Ramsden
Dixie D’Amelio & Noah Beck “Love Each Other” Despite Breakup Rumors
By Julia Emmanuele, Jordyn Tilchen and Grace Wehniainen
'Made In Chelsea's Liv & Tristan Are Hard To Keep Up With
By Sophie McEvoy
Get Even More From Bustle — Sign Up For The Newsletter