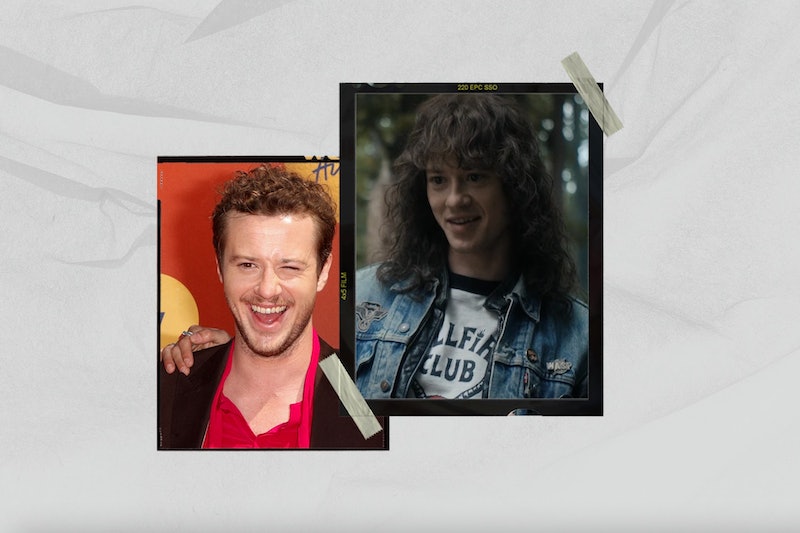 Eddie Munson had only been part of Stranger Things for one month by the time Season 4 Volume 2 came out on July 1 — but you wouldn’t know that by viewers’ enormous obsession with the lovable, long-haired, guitar-playing Hellfire Clubber. The fan-favorite character’s concerned voice has probably become the soundtrack to your FYP thanks to the total earworm that is the “Chrissy Wake Up” TikTok remix from @schmoyoho (rivaled only by Kate Bush’s “Running Up That Hill” as the most iconic song to come from Stranger Things Season 4).

In addition to inspiring members of the Hellfire Club with his nonconformist vibe, Eddie also takes on the role of wingman — telling Steve that Nancy clearly still has feelings for him. “I don’t know what happened between you two,” he says in Episode 7. “But if I were you, I would get her back. Because that is as unambiguous a sign of true love as these cynical eyes have ever seen.”

Beyond nudging Steve along, Eddie doesn’t get into much romance in Season 4 — being accused of murder and fighting inter-dimensional monsters will do that — but his budding friendship with Chrissy (RIP) proved he has a soft, sweet side. Naturally, Eddie’s onscreen charm might make you wonder about the man who plays him. Specifically, is Joseph Quinn dating anyone?

That’s a good question without an easy answer, because the Stranger Things newcomer seems to be a pretty private person. He’s amassed more than 2 million Instagram followers since making an account this May, but his brief feed is focused on promotional photos (his friend actually manages it, Quinn told Vulture), so there are no glimpses at a personal life or potential partner.

Quinn’s dating life doesn’t seem to feature much in his interviews, either. When asked about how he spends his free time in conversation with The Guardian, Quinn said he’s recently taken up skateboarding again. “I’ve still got some tricks in my bag but it’s much scarier now,” he said. “Otherwise, I cook, I exercise, and I worry.”

Someone who might change all that? Doja Cat. In a July 6 TikTok, Quinn’s Stranger Things co-star Noah Schnapp revealed that the “Kiss Me More” singer had messaged him about setting up a potential love match — but not before checking his relationship status. “Noah can u tell Joseph to hmu,” she wrote. “wait no. does he have a gf?”

Schnapp seemed to confirm that Quinn was, indeed, available. “LMAOO slide into his dms,” he said, giving her the go-ahead.

Whether or not that connection pans out, the Game of Thrones alum definitely does seem to have a romantic side. Case in point? He shipped Eddie and Chrissy — sort of. “It would be lovely if there was a world in which [they could] be a pretty uncouth couple at Hawkins High that I think might shake things up a little bit,” he recently told Netflix. Quinn’s own high school experience doesn’t seem like a total love story, though. “Stuff starts dropping and hair starts growing. You’re a bag of hormones, and you’re trapped in a classroom with each other. It’s horrific,” he added.

We may not know if Quinn is dating anyone for now — but he’s definitely gained some friends from the show. In an interview with Inverse, he opened up about his friendship with Charlie Heaton (who reportedly rang him mid-conversation) and even said they were “pushing” to work together in Season 5.

More like this
‘Stranger Things’ Stan Megan Thee Stallion Grilled Natalia Dyer About Nancy & Steve
By Brad Witter
'Stranger Things' Season 5 Will Echo Season 1 In A Key Way, The Duffer Brothers Confirm
By Kadin Burnett and Sophie McEvoy
Who Plays Trent In 'Never Have I Ever'? Benjamin Norris Calls His Character A “Himbo Stoner”
By Grace Wehniainen and Radhika Menon
‘Squid Game’ Creator Hwang Dong-Hyuk Just Dropped A Major Season 2 Tease
By Brian Anthony Hernandez and Bustle Editors
Get Even More From Bustle — Sign Up For The Newsletter

This article was originally published on June 29, 2022