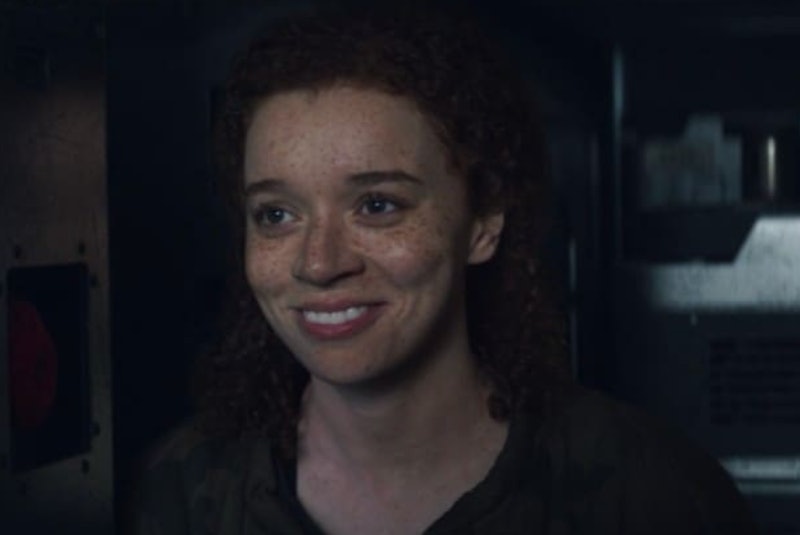 Spoilers ahead for The Falcon and the Winter Soldier Season 1, Episode 2. The second episode of Falcon and the Winter Soldier finally brings Sam and Bucky back together again — even though neither will admit they’re happy about it. In addition to their reunion providing plenty of room for banter about the more ridiculous aspects of their Avenging together (like whether Dr. Strange is a wizard or sorcerer), they also team up to fight against a newly revealed threat: Karli Morgenthau, who appears to be the leader of the Flag-Smashers. She first surprises Bucky, who assumes she’s a hostage on a moving truck full of vaccines. But after she kicks him off the truck, he and Sam soon learn that she and her friends are equipped with Super-Soldier strength.

It’s quite a debut... but just who is Karli Morgenthau and how does her character tie into the MCU? Here’s what to know.

Karli Morgenthau in the Marvel Comics

Karli is based on a villain from the Marvel Comics, except the character has been gender-swapped. In the comics, Karl Morgenthau is the one and only Flag-Smasher, whereas in the show the Flag-Smashers refer to a group of people working toward a common goal. In both the comics and the series, their objective is essentially the same: creating a world unified without borders and patriotism... or its symbols, aka Captain America. Unlike the group we see in the Falcon, who rely on the kindness of like-minded supporters for food and shelter, Karl Morgenthau was wealthy, which gave him an advantage in his fight for a unified world. But he didn’t have super powers, which the current group seems to wield (much to Bucky and Sam’s surprise).

Karli Morgenthau in the MCU

After their fight on the road, the Flag-Smashers are given a safe place to stay and we hear about their guiding philosophies. As Morgenthau tells the group, “the GRC [Global Repatriation Council] care more about the people who came back than the ones who never left,” referring to the Blip. “We got a glimpse of how things could be.” This is an interesting departure from the comics’ Morgenthau, whose Flag-Smashing persona was not borne out of the Blip we saw play out in Avengers: Endgame but from a more personal agenda. Plus, the new Captain America — John Wilson — is way more blindly patriotic than Steve Rogers. He’s first introduced as “a hero to defend this country,” not the planet, and someone who “embodies America’s greatest values.” So there could be some serious, multi-layered conflict between the Flag-Smashers, John Walker, and Sam and Bucky.

More like this
Louisa Harland’s New Show Is A Far Cry From Derry Girls
By Frances Stewart
UK Audiences Will Soon Be Able To Watch 'The Bear'
By Frances Stewart
HSMTMTS Season 4 Will Include A Major Nod To The Original 'High School Musical' Movies
By Brad Witter
Nicola Coughlan Shared A Lady Whistledown Excerpt From ‘Bridgerton’ Season 3
By Grace Wehniainen, Alyssa Lapid and Sam Ramsden
Get Even More From Bustle — Sign Up For The Newsletter