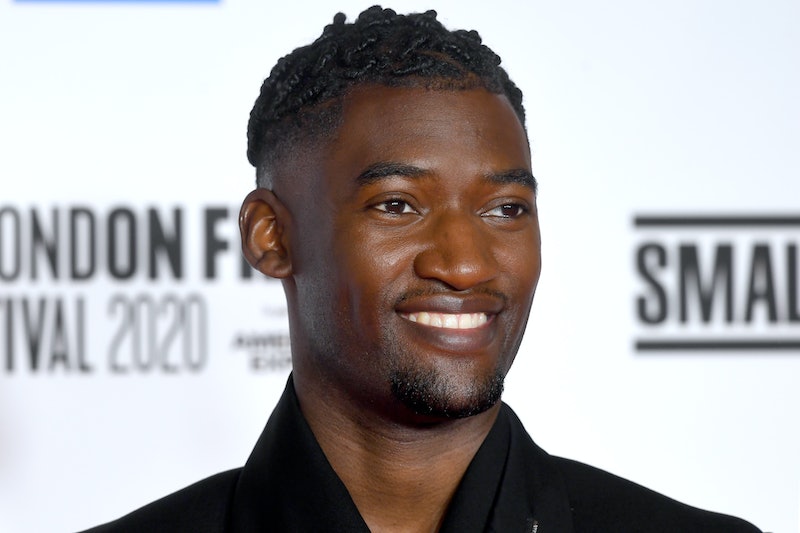 By now, you'll very probably have seen that Steve McQueen’s highly anticipated five-film anthology series Small Axe is coming to BBC One. It kicks off with Mangrove this Sunday (November 15) and stars several familiar faces. But who is is Malachi Kirby, the actor playing Darcus Howe and where have you seen him before?

Thirty-one-year-old Kirby is arguably best known for landing the leading role of Kunta Kinte in A+E Networks’ Roots, the 2016 reboot of the 1977 miniseries with the same name, at the age of 25. The English actor followed up Roots with a guest role in Men Against Fire, a 2016 episode of Charlie Brooker’s twisted anthology series Black Mirror.

You might also recognise Kirby from Sky One’s dystopian action-drama Curfew, in which he plays Michael Garwick alongside the all-star ensemble cast which features Sean Bean (Game of Thrones), Adam Brody (Mr & Mrs Smith), and Billy Zane (Titanic) among others.

While the screen is where he has made his name, Kirby started his acting career on stage, earning him a 2011 nomination for Outstanding Newcomer at the Evening Standard Theatre Awards. He went on to hone his craft on screen by landing guest spots in the usual stomping grounds of British television, including The Bill, Silent Witness, Doctors, and a 2014 story arc of EastEnders as Nancy Carter’s fiancé, Wayne Ladlow. In 2012, he played convicted murderer Danny McLean in My Murder, the BBC3 docu-drama about the 2008 killing of Shakilus Townsend. Townsend was played by Star Wars’ John Boyega, an old friend of Kirby’s from their days as students at East London’s Identity School of Acting, per the Evening Standard.

Long gone are the days of guest roles on daytime television now though. Along with Steve McQueen’s highly anticipated Small Axe this autumn, Kirby’s year started by starring in the Sky Atlantic financial scandal drama, Devils. Keep your eye on this one, the only way is up for this rising star.