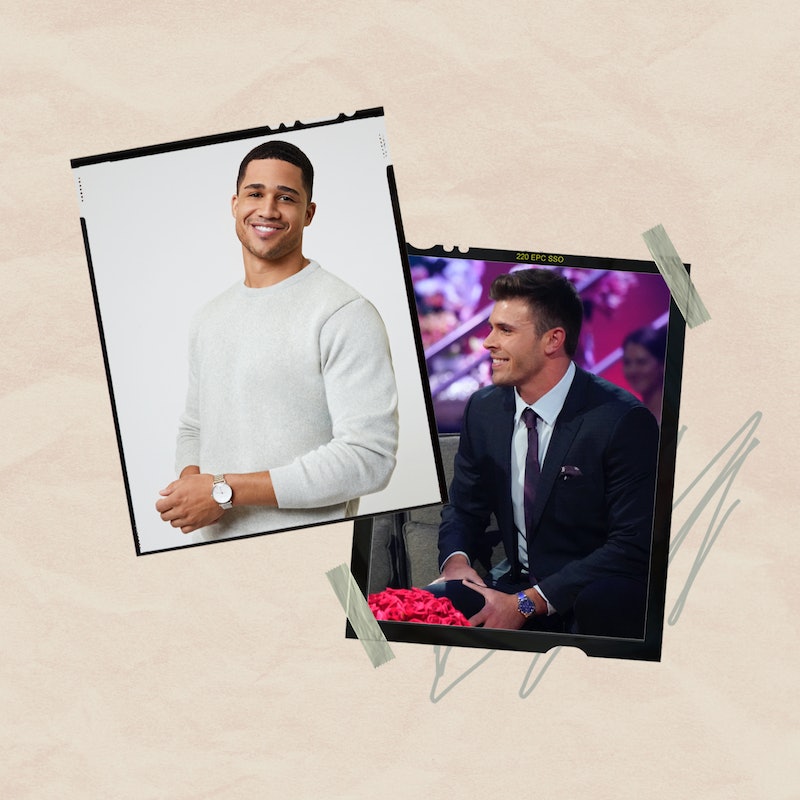 We’re down to the final episode of Gabby Windey and Rachel Recchia’s Bachelorette season, so it’s natural to start wondering: Who will the next Bachelor be? While we’ll have to wait a little while to see the new guy in action — the beachy drama of Bachelor in Paradise comes first — host Jesse Palmer confirmed that the next Bachelor would be announced during the Bachelorette season finale on Sept. 20.

“I don’t want to single anybody out, and I don’t want to play favorites, but I do honestly think that we have multiple guys on this season that would make great Bachelors,” Palmer recently told Bustle. “Normally, in most seasons, it’s one or maybe two.” If your dream guy “can’t be Shawn Mendes,” he adds, “then I think it’d definitely be somebody from Rachel and Gabby’s season.”

Other Bachelorette stars — including the two co-leads themselves — have more specific ideas in mind. And on Sept. 14, Reality Steve (Bachelor Nation’s favorite expert-slash-spoiler extraordinaire) chimed in with his own apparent scoop. Ahead, here’s a look at all of the potential names floating around right now.

Will Nate Be The Next Bachelor?

During Men Tell All, Gabby defended Nate Mitchell after rumors about him allegedly cheating and keeping his daughter a secret from a previous partner surfaced on social media. But she isn’t just defending Nate, she thinks he could very well be the next Bachelor.

“I feel like women would go nuts over him because he is so charismatic, he’s so good-looking, and he knows how to treat women. He’s just a genuine guy, no matter what comes out online,” Gabby tells Bustle. “From my experience, he would be such a breath of fresh air for the role because he’s also so mature and he would do really well at navigating this.”

She’s not alone in thinking so. Rachel and her Bachelorette ex, Tyler Norris, both named Nate as a contender for the role in interviews following the Aug. 11 Men Tell All taping. “He’s a girl dad. He’s ready for this. He wants this more than anything,” Tyler says. “He’s the most genuine, sweetest guy I’ve met. And I’ve never seen a Bachelor that has a kid, you know? So I think that’s something a lot of people could relate on.”

Could Tyler Or Spencer Be The Next Bachelor?

Tyler didn’t throw his own name in the ring for the next Bachelor role — but Rachel thinks he’d be a great fit. Though she acknowledged that “there’s so many guys that would do incredible in the role,” she specifically named Tyler as a potential pick from her team. And considering how Tyler’s Hometowns exit went, it would be nice to see the Jersey boy in happier times.

Logan Palmer cast a vote for Spencer Swies. “Spencer is a guy who graduated from West Point,” he says. “Super intelligent, dabbles in philosophy, drop-dead handsome guy.” Logan adds that Gabby’s former suitor has a great character who would do well on The Bachelor. “I would put that guy in a lead role for sure.”

Will Aven Be The Next Bachelor?

Logan was also a fan of Aven Jones, who was sent home after a heartbreaking conversation with Rachel in the show’s Sept. 13 episode. “Aven lives in the same city as me, San Diego, and I’ve gotten to know him pretty well,” he says. “Just, the dude looks like — I mean, he’s a movie star.” Which, true!

The Next Bachelor Spoilers

Reality Steve has added a bit of intriguing speculation to the conversation — starting with an Aug. 10 blog post. For Bachelor Nation’s go-to commentator, the fact that Bachelor creator Mike Fleiss appeared to defend Nate in a tweet suggested that the Chicago-based electrical engineer could be a contender for the role. “I’m sure he’s at least being talked to about it or Fleiss wouldn’t even bother tweeting that last night,” Steve wrote.

A month later, ahead of the show’s season finale, Reality Steve took to Twitter to share his own suspicions. “As we know plans can always change last minute, and it won’t be ‘official’ until next Tuesday on the ATFR, but I feel confident in reporting that the next Bachelor is going to be Zach Shallcross.”

Zach was another emotional elimination — though he decided to send himself home after being “blindsided” by Rachel’s doubts during Fantasy Suites.

When Will The Next Bachelor Be Announced?

Gabby and Rachel were announced during the last Bachelor season finale special, After the Final Rose, on March 15 — and the same approach will be happening this time around. During the penultimate episode of The Bachelorette Season 19, Palmer teased that the next Bachelor would be announced during Gabby and Rachel’s After the Final Rose special on Sept. 20.

This article was originally published on Aug. 30, 2022