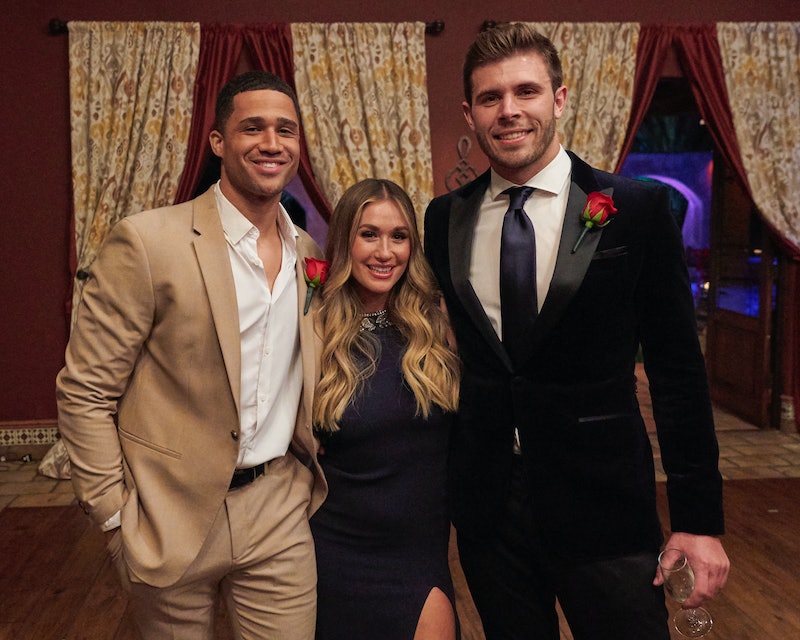 Gabby Windey’s half of the latest Bachelorette journey seemed destined to end with Erich Schwer — due, in no small part, to the fact that he was her only contestant left by the end of Fantasy Suites. Her fellow Bachelorette, Rachel Recchia, had more of a traditional final three — which means she had to make several tough decisions before arriving at *the* one.

Zach Shallcross ultimately excused himself from the show once Rachel’s doubts on their overnight date left him feeling “blindsided.” But that left two men in the picture: Tino Franco and Aven Jones. So, who was Rachel’s runner-up?

Sadly for his passionate fanbase, the answer is Aven. Rachel and Aven seemed to be one of the season’s most promising couples — so if the split comes as a surprise, you’re not alone. It all started when Aven visited Rachel’s family and friends during the first part of the Season 19 finale, which kicked off Sept. 13. Throughout the visit, Rachel reiterated just how secure she felt about her relationship (and potential future) with Aven. “If we were to be at the end of this ... he would be the most incredible partner,” she told her mom. “And I know that for sure. For sure. I have like, no doubts in him.”

In a conversation with Rachel’s friends, however, he wasn’t sure if the couple’s time on The Bachelorette would (or should) end with an engagement. When asked if he had “enough time” to arrive at that place, he didn’t give a definitive answer. “I don’t know,” he said. “I don’t know how much time we have left. But I am falling in love with her, and my feelings are very strong.”

When Aven’s comments were relayed to Rachel, she confronted him — claiming that he’d gone back on what he told her earlier. “I’m just like, so confused ... you told me you were ready for an engagement,” she said. Aven insisted that he was ready but wanted “to make sure that the timing of it [was] right.”

Even though the pair didn’t end things right then and there, they weren’t long for The Bachelorette. After her family date with Tino, Rachel went to sent Aven home. “I want to be engaged,” she said, during the tearful conversation. “I want someone who’s sure about me. And like, I’m not willing to sacrifice that at the end of the day.”

At Rachel’s request, Aven walked her out, clearly heartbroken. “I failed,” he said in a confessional. “I have no idea where I’m going from here, because I didn’t think I was gonna be leaving here without Rachel. I saw a life with her. And I will always think that if I did something different, things would have been different with us. Forever.”

After his split with Rachel, is Aven single today? It’s hard to tell for now — because yes, while Aven’s Instagram seems to suggest he’s been enjoying the single life, he would have had to keep any potential partners off the feed until his Bachelorette fate was revealed, anyway. So only time (or, some theorize, next week’s Bachelor announcement?) will tell what Aven’s been up to after the show.

More like this
Jill & Jacob Split Up Right After He Hard-Launched Their Relationship On IG
By Grace Wehniainen
Victoria Fuller & Greg Grippo Addressed Their Relationship Timeline
By Grace Wehniainen
Is Queen Elizabeth II Or The Royal Family In Netflix’s 'Harry & Meghan' Docuseries?
By Jake Viswanath
Harry & Meghan React To The Racist "Straight Outta Compton" Headline
By Jake Viswanath
Get Even More From Bustle — Sign Up For The Newsletter