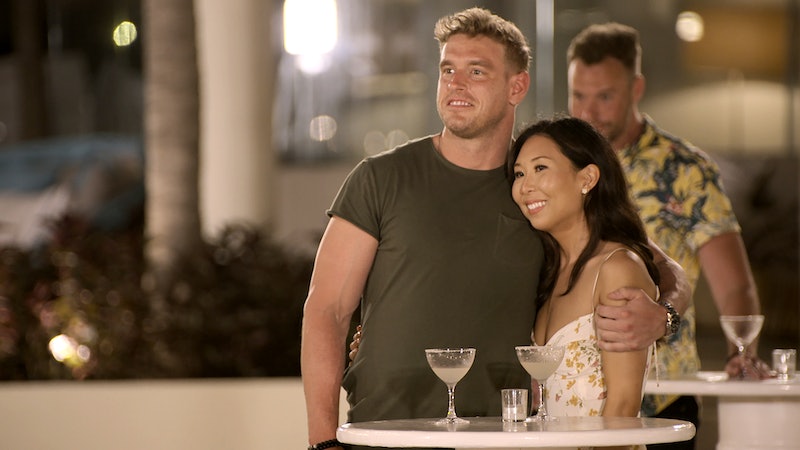 Though the first season of Love Is Blind culminated in two married couples who are still together today, its sophomore outing wasn’t as successful. Nine months after the season aired, none of the relationships formed during the show are still intact. Nick Thompson and Danielle Ruhl, as well as Jarrette Jones and Iyanna McNeely, announced their respective divorces in August.

Shayne Jansen and Natalie Lee weren’t actually married, but they did try to give dating a go for a few months — until, Natalie wrote on Instagram, she discovered “very flirtatious messages between [Shayne] and other women.” Then, during Love Is Blind: After the Altar (which premiered Sept. 16), Natalie named Shaina Hurley, specifically, as one of his correspondents. “There’s things that happened between her and Shayne that, like, I wasn’t comfortable with,” Natalie said during the special. “Messages on Instagram I saw between her and Shayne, to the point that they unsent it.”

Natalie went on to clarify the timeline of the alleged messages and ensuing split. “It was when Shayne and I were dating last year,” she said. “That’s why we’re not together anymore. And she was in a relationship with her boyfriend.” At one point, Natalie even suggested Shaina and Shayne had a “secret relationship.”

But during her time on After the Altar, Shaina denied that narrative — reiterating that her conversations with Shayne were “purely platonic.” She tells Bustle that there’s “no validity” to Natalie’s claims that something was going on between her and Shayne. Rather, Shaina says, she was “already madly in love, living together, [and] planning on getting married” to her now-husband, Christos Lardakis. “I am not a homewrecker.”

“I’m Greek. I love drama,” Christos adds. “I don’t like fake drama. When I heard that, I was like no, that’s not even Shaina.”

Shaina added that there are “no secrets” between the newlyweds — who had their nuptials in Greece this summer.

Shaina and Shayne are in touch today — but they’re “buddies,” Shaina explains. “We constantly check in on each other. Like, I have so much respect for him. I think me and him have such a strong bond, too, because only we knew what we were going through during the filming and airing of the second season.” (As you’ll remember, Shaina and Shayne had a connection in the pods — but both ended up with different people.)

Christos met Shayne during After the Altar and tells Bustle he’s a “genuine guy,” — and “a bro,” too. But you may be wondering — after his split with Natalie, is Shayne single today?

“As far as, like, I’m concerned, what he’s told me, he’s really just focused on himself right now,” Shaina says. “He wants to be a better person. I think he’s bettering himself, getting his ducks in a row ... [but] I think if the right person came along, he’s definitely open to it.”