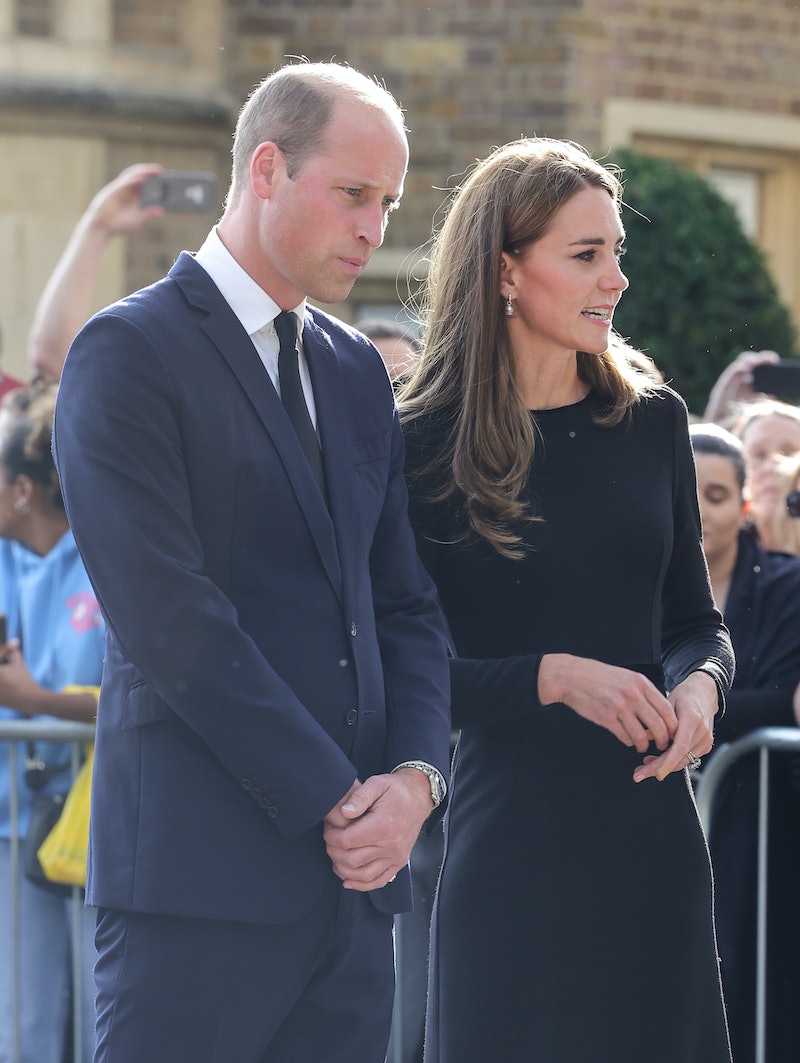 Since the Queen passed away, the British royal family have undertaken a series of public appearances, greeting well-wishers and meeting mourners. Prince William and Kate Middleton, now known as the Prince and Princess of Wales, met crowds at Windsor (joined by Prince Harry and Meghan Markle, the Duke and Duchess of Sussex) over the weekend, and in Sandringham this week. And while there were plenty of comments made about the difference in body language between the brothers and their respective wives, there is actually a (relatively) good reason for the difference.

While Harry and Meghan walked hand in hand and were seen leaning on each other for support, Kate and Wills maintained their distance and walked apart as they greeted the crowds. No, it has nothing to do with the couple’s relationship. It boils down to professionalism and royal protocol. As per the Palace’s code of etiquette, the future King and Queen Consort are meant to refrain from public displays of affection.

“The likely reasoning is more that while traveling on a tour [or other royal engagements], technically the couple are working representatives of British Monarchy. The couple are likely to show very little PDA, if any, to remain professional during their designated roles,” said Myker Meier, the royal etiquette expert to People back in 2016.

Since Harry and Meghan were present at Windsor Castle as relatives in mourning and not in a professional capacity, therefore their expression was not governed by protocol. In an interview with The Express, body language expert Inbaal Hongiman also noted that King Charles III and the Queen Consort “didn't hold hands walking into Buckingham Palace, either,” citing the same reasons as the Prince and Princess of Wales. It’s also why we never really saw the Queen and Prince Philip partake in public displays of affection.

However, Prince William and Kate have made exceptions to the rule in the past. During the Christmas Day service at Sandringham in 2017, the couple arrived hand in hand alongside Prince Harry and Meghan, and they were also spotted holding hands at Princess Eugenie’s wedding, too.

In accordance with the royal code, the present Prince and Princess of Wales are unlikely to be seen embracing or holding hands at the Queen’s funeral. Once again, the couple will be present at the solemn event first in their professional capacity as royal heirs.