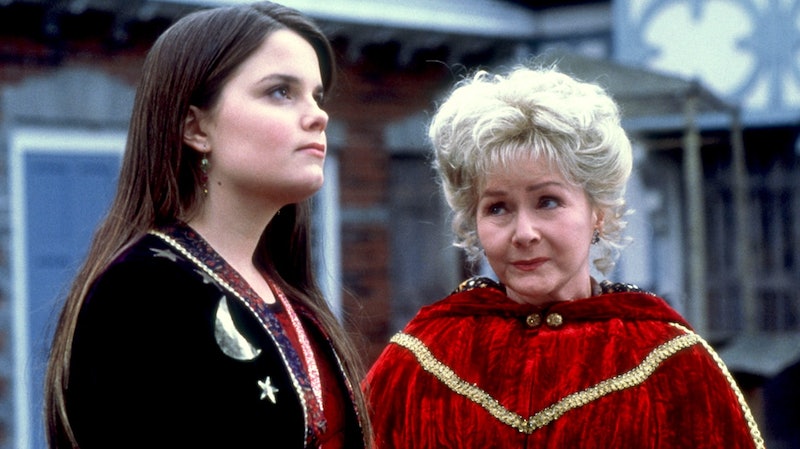 There are some things that are just universal, no matter how old you get, and one of those things is Disney Channel Original Movies. These TV films, affectionately called DCOMs, are still fun to tune into even if you’re well into your 20s. With Halloween only a few days away, the one getting the most chatter is, of course, Disney Channel's Halloweentown saga. The movies followed the adventures of a young girl named Marnie Piper, who learns she's from the Cromwell family of witches — but, if you watch all four movies back to back, you soon remember a different actor plays Marnie in Return to Halloweentown. Lucky for fans who have been confused about the recasting all these years, Kimberly J. Brown, Marnie's original actor, shared what went on behind the scenes.

If you're expecting some kind of salacious drama that resulted in Brown storming off the set with a refusal to ever work with Disney again, you'll be sorely disappointed. It was originally rumored that Brown was filming Big Bad Wolf, a horror film, at the time, and the supposed scheduling conflicts between the production of that film and the production of Return to Halloweentown prevented her from reprising the role of Marnie.

However, in a 2013 YouTube video, Brown revealed that she was “not really sure” why she wasn’t invited to play Marnie again. “Some people said that they heard that I was working on something, which was not the case at the time,” she explained. “I was available and ready to do it and had talked to them about possibly doing it, but Disney decided to go in a different direction and recast the role. So that’s really all I know about the situation.” Brown echoed the sentiments in a 2016 interview with Seventeen, saying that she was “disappointed for the fans. And I guess a little disappointed in general just because I love Marnie and love the series and just would always love to continue to play her.”

Though Brown noted in her video that she was “bummed” by the decision, she thanked her supporters, who have long been indignant on her behalf — even 15 years later. “I will NEVER forgive Disney for this,” tweeted YouTuber Ricky Dillon. “Love seeing the support for her,” wrote user dreamwakey. “She owned that franchise! ... Disney should respect her legacy more.” Some users wryly pretend the fourth movie never happened at all.

Despite the awkward situation, Brown still has plenty of love for Halloweentown and its impact on her life. Not only does she regularly participate in conventions to celebrate the iconic franchise, but she’s also in a relationship with Daniel Kountz, aka Kal from Halloweentown II: Kalabar’s Revenge. She also recently revisited the films with Freeform as part of the channel’s 31 Nights of Halloween lineup. Basically, it all worked out in the end.

In 2006, Marnie’s replacement star, Sara Paxton, was asked in an interview about the switch herself, and she was as in the dark as anyone. "They asked me if I was interested in playing Marnie, and I said I was. It sounded like a lot of fun...," she told Hollywood.com. "I don’t know [what happened to Brown]! I just know they called me and said, ‘Do you want to play Marnie?’ and I said, ‘Yeah!’”

The one thing that everyone can agree on is that playing Marnie was an amazing experience for both women, who had nothing but positive things to say about the role and the character. And why wouldn't they? The Halloween-loving witch-turned-savior was a hero to us all. Brown herself put it best in an interview with MTV:

“I love Marnie and everything that she stood for, so I’m really happy when people tell me how much she meant to them. Marnie always knew there was something different about her, and when she did find out about her magic, she wanted to know everything she could and really fully live in that and be herself. She was just always really cool in that way. I admired her determination and her sense of humor and her willingness to take on her family legacy. Who wouldn’t want fly a broom and make things magically appear?... I loved that we got to see her figure out how to be a teenager but also how to be a witch at the same time.”

This article was originally published on Oct. 29, 2015