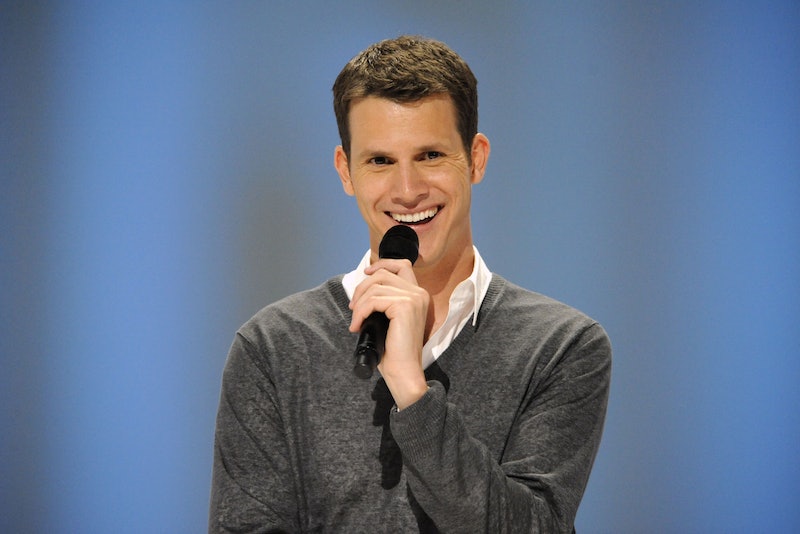 After over a decade on the air, Tosh.0 is coming to an end. Though the show was initially renewed for four more seasons in January, Comedy Central walked back its decision on Aug. 20, announcing that Tosh.0 would end with Season 12. "I look forward to doing an animated reboot of my show on MTV in 25 years," host Daniel Tosh said in response to the news, per a statement obtained by Entertainment Weekly.

According to The Hollywood Reporter, the cancellation was a result of a network decision to pivot more towards adult animation and topical series like The Daily Show in the hopes of remaining competitive in the streaming landscape. The company is planning to reboot nostalgic animated shows like Beavis and Butt-head, Ren & Stimpy, and Jodie, a Daria spinoff. The Emmy Award-winning Drunk History was also canceled, and South Side and The Other Two were moved to HBO Max. Per ScreenRant, the only scripted live action original left on Comedy Central is Awkwafina Is Nora From Queens, which was renewed on Jan. 14.

Sources told THR that the network is shopping Tosh.0 to other places, but it doesn't seem to have been picked up elsewhere yet. And it may be difficult to place due to the controversial nature of Tosh's comedy. "On camera ... Tosh appears to be everything his detractors say he is: jerk, troll, obnoxious man-brat," Hank Stuever wrote for The Washington Post in 2014. He added that Tosh purposely personifies "our worst impulses as anonymous online commenters" and seemingly leaves it up to the audience to recognize if his racist and sexist rants "ring true or if they ring abhorrently false."

If Tosh's aim is to be satirical, that humor hasn't always landed. GLAAD called out Tosh for transphobic jokes in 2010, and he came under fire in 2012 for allegedly joking about raping a woman in the audience after she herself protested the use of rape as comedy in his set. "I’m not a misogynistic and racist person,” Tosh told journalists at TCA in 2011. “But I do find those jokes funny, so I say them.”

Regardless, Tosh.0's cancellation marks the end of an era for Comedy Central. Only time will tell if the sun has set on Tosh's brand of black humor, too.

More like this
Kathy Hilton May Not Return To 'RHOBH' — At Least Not Full Time
By Jake Viswanath
Hulu’s Mike Tyson Series Is Unlikely To Return For Season 2
By Brad Witter
Here’s When 'Love Is Blind: After The Altar' Was Filmed, Because It’s Hard To Keep Track
By Grace Wehniainen
We Still Have A Few Unanswered Questions At The End Of 'The Suspect'
By Sophie McEvoy
Get Even More From Bustle — Sign Up For The Newsletter