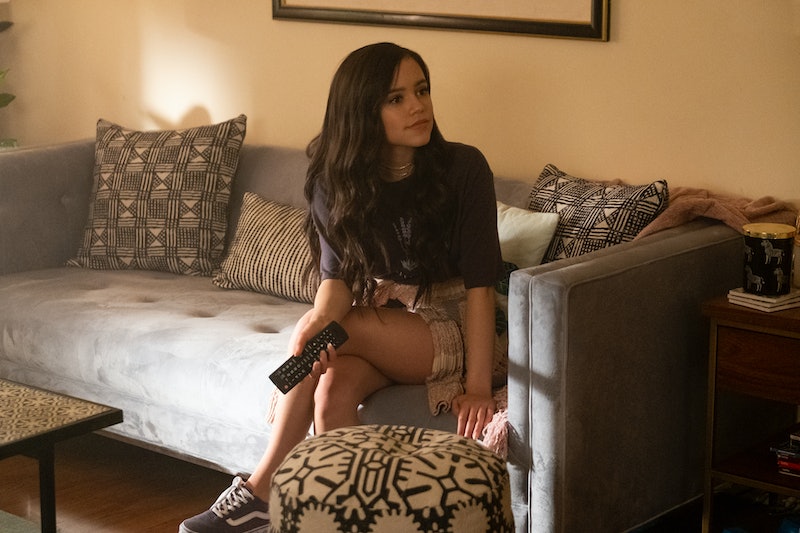 Spoilers ahead for YOU Season 3. The friendship between Ellie and Joe (er, Will) in YOU Season 2 was one of the show’s bright spots — a rare relationship where Joe wasn’t motivated by obsession but by genuine care for his teenage neighbor (and a little bit of guilt by the end there, too). She taught him about finstas and how to be his best, #nofilter self; he supported her passion for filmmaking and set her up with a new life in Florida after Delilah’s murder.

In Season 3 of YOU, it’s good to see that Joe hasn’t forgotten about Ellie. True to his word, he still sends her money from his book business — “whenever I hear from her,” he says, suggesting the duo is not in touch frequently, but enough. Beyond that, though, we don’t know much about Ellie’s current situation. Is she still somewhere near Sarasota, like we saw on her postcard to Joe in Season 2? Will Joe keep supporting Ellie from Paris, or perhaps pivot to Florida and reunite with her in person? TBD, TBD, TBD. Fortunately, YOU Season 4 has been confirmed by Netflix, so there’s certainly a chance we will see Ellie again.

For her part, Jenna Ortega is definitely down to reprise the iconic role. “I love that set. The team behind it, the writers are so witty and so funny, and then also just to work with Penn Badgley again,” Ortega told Cosmopolitan in April. “I had such an incredible time there that if they would like to have me back, I’m more than happy to take a few digs at Joe again.”

Ortega, who’s starring in the upcoming Scream sequel, also spoke to People after Season 2 and offered up a possible storyline should Ellie ever return. Spoiler: It doesn’t bode well for Joe. “Ellie is already a powerful character, but I want her to come back even stronger after dealing with tragedy and it being Joe’s fault,” she said. “I want her to pressure Joe and stress him out a little bit because he is such a terrible person! As much as people love him, he deserves that pressure. He deserves to feel in trouble.” Several points were made. As the ending of Season 3 confirms, Joe just keeps getting away with it. Who better than his precocious pal to stir things up?

Netflix hasn’t released details about Season 4, so it may be some time before we find out whether Ellie returns to YOU. As What’s On Netflix reports, production on Season 3 spanned from November 2020 through April 2021, so if Season 4 follows suit, YOU could be filming within the next month or two.

In the meantime, Ortega is currently working on another Netflix project: an eight-episode Wednesday series based on the delightfully dark-humored Addams Family character. According to What’s On Netflix, the Tim Burton project began filming last month. So, theoretically, there might be time for Ortega to return to YOU after (or in between) filming Wednesday. Here’s hoping because now more than ever, Joe needs some of Ellie’s incisive energy to keep him in check.

More like this
'Heartstopper' S2 Just Welcomed Four Brand New Cast Members
By Nola Ojomu and Sam Ramsden
The ‘You’ Season 4 First Look Shows Joe’s New Identity And Potential Victims
By Bustle Editors
Nicola Coughlan Shared A Lady Whistledown Excerpt From ‘Bridgerton’ Season 3
By Grace Wehniainen, Alyssa Lapid and Sam Ramsden
Devi Is Going To Meet A “Smoldering Bad Boy” In ‘Never Have I Ever’ Season 4
By Jack Irvin and Gabrielle Bondi
Get Even More From Bustle — Sign Up For The Newsletter