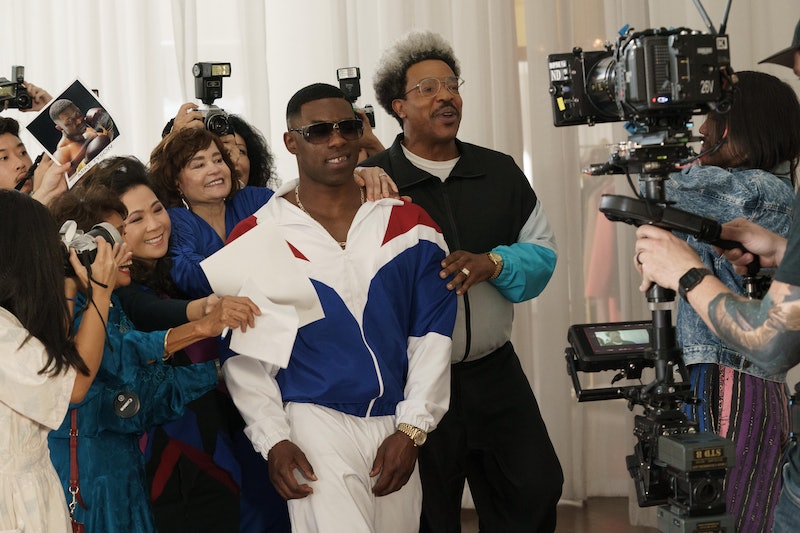 Hulu’s Mike, an unauthorized eight-part series about the life of boxing champion Mike Tyson (Trevante Rhodes), covered quite a bit of ground in Season 1. Going from a beloved global athlete to a pariah and back again, the show documents the ups and downs of Tyson’s boxing career and personal life, including his tumultuous marriage to Robin Givens (Laura Harrier). All the while, Mike also explores themes of misogyny, class, and race in America and the role the media and public played in shaping Tyson’s story. Given the span of time covered, along with its limited series billing, however, Mike is unlikely to return for Season 2.

Regardless, critics didn’t exactly give Mike raves either. Though several outlets agreed that Rhodes gave a “knockout performance,” they also opined that the show ultimately “loses the fight. Meanwhile, Daniel Fienberg wrote in his Aug. 23 review for The Hollywood Reporter that the series “pulls too many punches,” citing the “biggest problem with Mike” being that “it’s far too generous to its unauthorized subject.” Added Fienberg, “Realistically, it’s hard to imagine anybody making a more sympathetic story about the former heavyweight champion and convicted rapist.”

That was hardly the only controversy the miniseries endured throughout its run. When Hulu first announced Mike in February 2021, Tyson condemned the series on social media, claiming that the company did not compensate him, blaming “Hulu’s corporate greed” for the “tone-deaf cultural misappropriation of the Tyson life story.” Later, as the show’s Aug. 25 premiere date drew closer, the boxer blasted the series again on social media.

Days earlier, series creator Steven Rogers explained his position during an Aug. 4 virtual Television Critics Association panel, sharing that he’d relied on “extensive research of factual accounts, interviews, [and] footage of real-life events” for the show. “We actually couldn’t talk to [Tyson] because his life rights were already taken, so that was never on the table,” he told reporters, according to TheWrap. “I would hope that if he watches it that he would change his opinion.”

Meanwhile, showrunner Karin Gist told Entertainment Weekly in June that Mike “is not meant to glorify” the boxer’s life. “We were never trying to say that Mike Tyson is a hero or Mike Tyson is a villain,” she elaborated. “Our goal was to take a very complicated and controversial figure and try to get under the hood of what he was praised and vilified for while staying true to our North Star of ‘no one person is one thing.’”

While some reviewers don’t quite agree, it seems like Mike was never destined for a comeback anyway.

More like this
The ‘Emily In Paris’ Season 3 Trailer Teases Major Career & Love Crossroads For Emily
By Bustle Staff
'Tell Me Lies' Season 2 Is On The Way & The Cast Already Has Ideas For What's Next
By Gretchen Smail and Grace Wehniainen
The First Trailer For 'That '90s Show' Includes So Many Nods To The Original Series
By Jack Irvin, Alyssa Lapid and Grace Wehniainen
Liz Feldman Explains The 'Dead To Me' Series Finale & Fan Theories
By Brad Witter
Get Even More From Bustle — Sign Up For The Newsletter