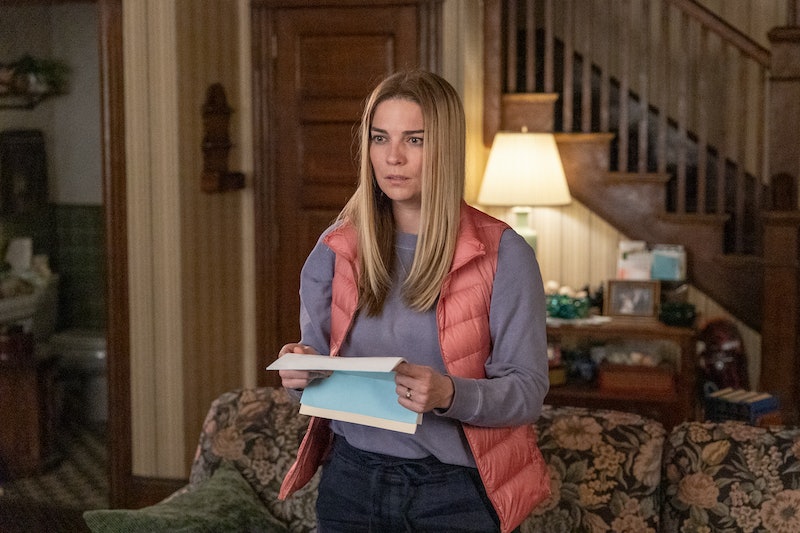 Spoilers ahead for the Kevin Can F**k Himself Season 2 finale. During the Kevin Can F**k Himself Season 2 finale (which aired Oct. 3 on AMC+ and officially wraps on cable Oct. 10), viewers got to catch up with Annie Murphy’s Allison after faking her death. They also got a glimpse at Kevin’s means of coping, which include getting a new girlfriend two months after his wife’s fictional hiking accident. (Beautifully, the new woman is played by Erinn Hayes — whose character was unceremoniously killed off on IRL sitcom Kevin Can Wait.)

Ultimately, Allison decides to return home to confront Kevin and ask for a divorce, at which point the not-so-lovable TV husband enters single-cam and threatens to destroy Allison. She leaves Kevin home alone, where he starts a fire with her things, then falls asleep drunk, and seemingly dies in the house fire that follows as a result.

So, why does the show let Kevin, well, f**k himself — and not have Allison kill him, as she originally planned? “That, to me, would show no growth,” creator Valerie Armstrong told Decider. “She starts out wanting to kill them and then kills him? To me, the most important thing is for her to be able to stand in front of him and finally say, ‘I’m leaving you. There is no world in which I should be running from you.’”

The Kevin Can F**k Himself finale ends with Allison and Patty together on the porch of Allison’s now-destroyed home, resolving to “die alone together.” It was a full-circle moment — after all, as Armstrong told Bustle last year, Allison and Patty’s friendship was always meant to be the heart of the show. “It’s actually a story about two women,” she said at the time. “It’s not a story about a toxic marriage. It’s about how two women can get each other out of toxic situations.”

The finale was so neatly wrapped, you may be wondering: will Kevin Can F**k Himself return for Season 3, or is this the end? The series is known for its playful twist on genre conventions and the very format of TV as we know it — but in this case, there’s no subversive gag going on. The latest episode felt like a series finale because it was a series finale.

If you’ve been keeping up with the show for a while now, the news probably doesn’t come as a total surprise. In fact, AMC announced that Kevin Can F**k Himself would end with Season 2 last November. So, even though it’s sad to see the show go, you can take solace in the fact that Armstrong and co. had time to craft Season 2 with a true ending in mind.

More like this
Ava DuVernay Thought The 'Queen Sugar' Series Finale Felt “Really Satisfying”
By Brad Witter
This Tiny Clue In 'Wednesday' Foreshadowed That Season Finale Twist
By Grace Wehniainen
This 'White Lotus' Symbol Could Hint At A Major Character's Death
By Grace Wehniainen
Will 'The Walking Dead' Return For Season 12?
By Grace Wehniainen
Get Even More From Bustle — Sign Up For The Newsletter