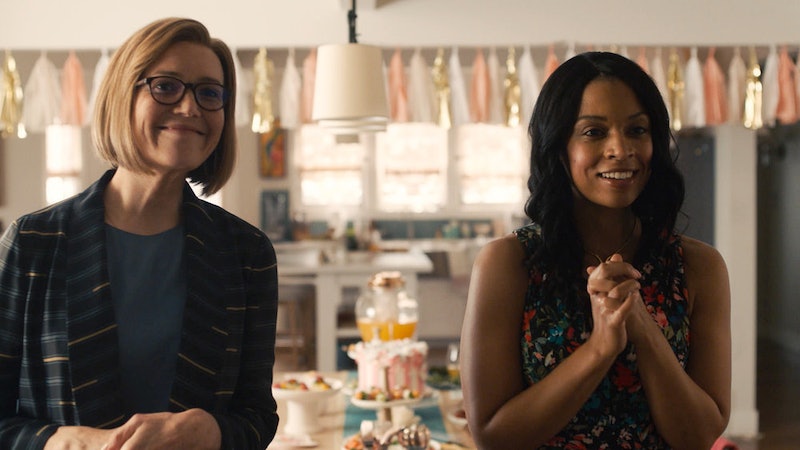 Spoilers ahead for This Is Us Season 5. Amid This Is Us’ emotional Season 5 ending detailing Beth’s career hiccups, Randall’s journey finding his birth mother, tension within Kate and Toby’s marriage that seems to be leading to a divorce, and the possible demise of Kevin’s career and relationship with Madison, NBC dealt fans another major blow: Season 6 will be the last. According to The Hollywood Reporter, NBC will not order additional seasons of the tearjerking series, which is now reportedly set to end in 2022.

This may not come as a total shock to avid This Is Us fans who keep up with industry news. In 2019, sources told THR that when NBC renewed the show for three more seasons, Season 6 would mark the series finale. There was still hope for more episodes for a while, but it seems it’s time to move on from the Pearsons.

Also in 2019, Milo Ventimiglia appeared on The Ellen DeGeneres Show and discussed the then-hypothetical ending. Encouraging fans to look on the bright side, he said, "The show could have a huge spike in Season 6 and everybody wants more beyond that, but I think creatively, they have an idea of what they’d like to do to kind of wrap it up in this nice story.” He continued, “At least the audience knows, the fans know, they’re going to get three more seasons, which is nice we can commit. It’s not like, will it be on? Won’t it be on? But then beyond that, yeah, maybe there will be more. I don’t know.”

He’s not wrong. NBC could’ve pulled a Grey’s Anatomy and kept everyone waiting to see if the series would be renewed for another season, but this does give fans some time to come to terms with the news. As the final installment approaches, here’s everything we know about Season 6:

This Is Us Season 6 Plot & Cast

This Is Us always keeps fans guessing, so it’s unclear where Season 6, which will reportedly consist of 18 episodes, might take viewers. Hopefully, the writers will end on a more positive note and show the family recovering after COVID-related setbacks. We could see Beth (Susan Kelechi Watson) return to her dance studio with the support of Randall (Sterling K. Brown), and maybe Kevin (Justin Hartley) and Madison (Caitlin Thompson) will remain friendly co-parents even though their wedding didn’t work out.

Though, it does seem there will be some conflict with Toby (Chris Sullivan) and Kate (Chrissy Metz) following his decision not to consult her before applying to a job in San Francisco. Ultimately, we know that Kate does get married to her boss, Phillip (Chris Geere) — but as is always the case with this show, getting there is half the fun. Or tears. As Metz told Entertainment Weekly Dec. 13, things will develop slowly between the two, but in Episode 9, which Metz co-wrote, there’s “going to be a massive turning point for Kate and Toby.”

And of course, it looks like Deja (Lyric Ross) and Malik's (Asante Blackk) relationship will be tested as he considers heading off to Harvard.

What we know for sure is there will be a time jump to see Rebecca on her death bed, which will surely cause a surge in tissue sales. Following previous seasons that focused primarily on Jack’s life, creator Dan Fogelman stated Mandy Moore’s character would take center stage as the series comes to an end. And it’s expected that Nicky (Griffin Dunne) will play a bigger role in the final season.

As we inch closer to the premiere date, Fogelman released the first tease of Season 6 on Sept. 10, and it shows Rebecca and Jack embracing in their kitchen during simpler times. Oh, how life has changed for the Pearson fam.

Also, in 2018, the actors who play Kevin as a child (Parker Bates) and teen (Logan Shroyer) said they already filmed their very last appearances. It’s thought they did this years ago to ensure the kids would still look the same in these flashbacks, but it’s entirely possible that the writers might want to switch up the script considering the 2020-2021 season didn’t go how anyone had previously planned.

There are a million ways this series could end, but showrunner Isaac Aptaker reassured everyone it would be “elegant.” In a previous interview with Deadline, Aptaker said, “That’s what we’re going for. I would hope that when we reach our ending, people think it’s a really satisfying end place, that makes sense, and it feels like they’ve watched something that is a complete piece of work because that’s really how we’re trying to plan it.”

All that said, you might want to remain on guard once you hear what Fogelman revealed during an August 2021 Q&A with Deadline. After all, “elegant” doesn’t mean easy or without complete heartbreak. In sharing how he revealed the Season 6 plans to NBC via Zoom, Fogelman said, “People were crying to the point that I wasn’t sure if I should keep going or not. Cameras were shutting off, and I thought I’d lost people.” He continued, “It’s the second time I’ve cried writing the show.” For the record, the first time he cried was when they wrote how Randall’s biological father, William Hill, died. So, yeah, Season 6 is going to be brutal.

This Is Us Season 6 Premiere Date & Trailer

While it was initially thought that the show could return in 2021 for its usual fall premiere, NBC announced that This is Us Season 6 will actually premiere Jan. 4, 2022. A new trailer reflected on heartbreaking This is Us moments, set to a monologue about memories from Rebecca. So, yes, get ready to cry.

This post will be updated with additional details as more information on This Is Us Season 6 becomes available.

More like this
The ‘Emily In Paris’ Season 3 Release Date Is Here, Plus The First Footage
By Bustle Staff
A New 'And Just Like That' Table Read Pic Confirms A Key Character's Return
By Jack Irvin and Grace Wehniainen
Nicola Coughlan Shared A Lady Whistledown Excerpt From ‘Bridgerton’ Season 3
By Grace Wehniainen, Alyssa Lapid and Sam Ramsden
Here's When 'The Crown' Season 5 Will Premiere — And What To Expect
By Bustle Editors
Get Even More From Bustle — Sign Up For The Newsletter

This article was originally published on May 12, 2021