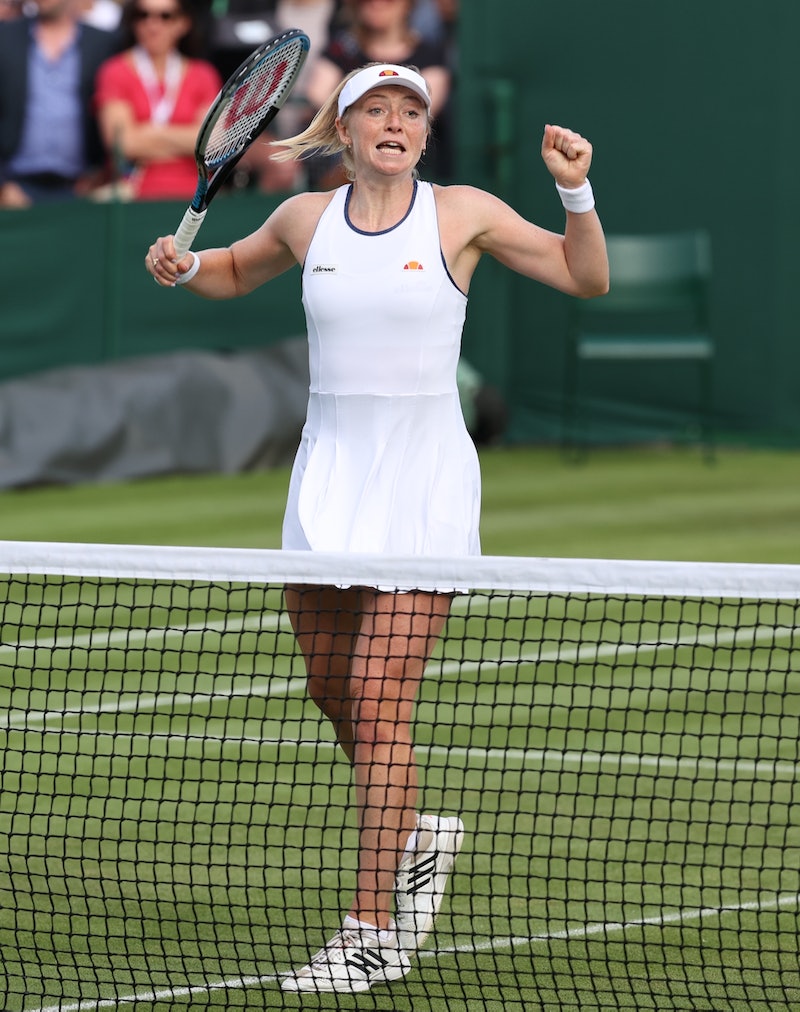 Women have changed the game for the better for athletes who menstruate. The All England Club has announced that from next year, women will be allowed to wear dark-coloured undershorts during the Wimbledon tennis tournament, to reduce anxiety while on their period.

Chief Executive Sally Bolton said: “Following consultation with players... women and girls competing at The Championships will have the option of wearing coloured undershorts if they choose. It is our hope that this rule adjustment will help players focus purely on their performance by relieving a potential source of anxiety.”

Previously, Wimbledon’s official guidelines on clothing and equipment stated that “Any undergarments that either are or can be visible during play must also be completely white.” Now, the only requirement for female athlete’s undergarments is that they sit no longer than their shorts or skirts.

Wimbledon’s new change in attire is certainly a step in the right direction for athletes everywhere. Back in July, Wimbledon doubles quarterfinalist Alicia Barnett spoke up about the stress of competing while menstruating. "Personally, I love the tradition of all-whites and I think we will handle it pretty well," said Barnett, per The Independent. “I think being on your period on the tour is hard enough, but to wear whites as well isn't easy, but girls can handle it. We're pretty tough when it comes down to it.”

For most people who menstruate, an all white outfit is probably a no-go during that time of the month. There’s nothing embarrassing about the reality of menstrual bleeding, of course, but the fuss of having to deal with a period leak on-the-go is quite the headache.

Furthermore, pre-match training and performing at Wimbledon whilst menstruating is gruelling. "Your body feels looser, your tendons get looser, sometimes you feel like you're a lot more fatigued, sometimes your coordination just feels really off, and for me I feel really down, and it's hard to get that motivation,” explained Barnett.

More like this
Twitter Is Identifying With Sally Field & Jane Fonda’s Friendship In New Viral Video
By Jake Viswanath
90 Epic Truth Or Drink Questions To Play 'Say It Or Shot It' With
By Bustle UK
'Bridgerton's Regé-Jean Page Is The World’s Most Handsome Man
By Darshita Goyal
Gerard Butler Insisted On Adding This Pivotal Scene To 'Plane'
By Catharina Cheung
Get The Very Best Of Bustle/UK
Sign up for Bustle UK's twice-weekly newsletter, featuring the latest must-watch TV, moving personal stories, and expert advice on the hottest viral buys.

This article was originally published on July 7, 2022