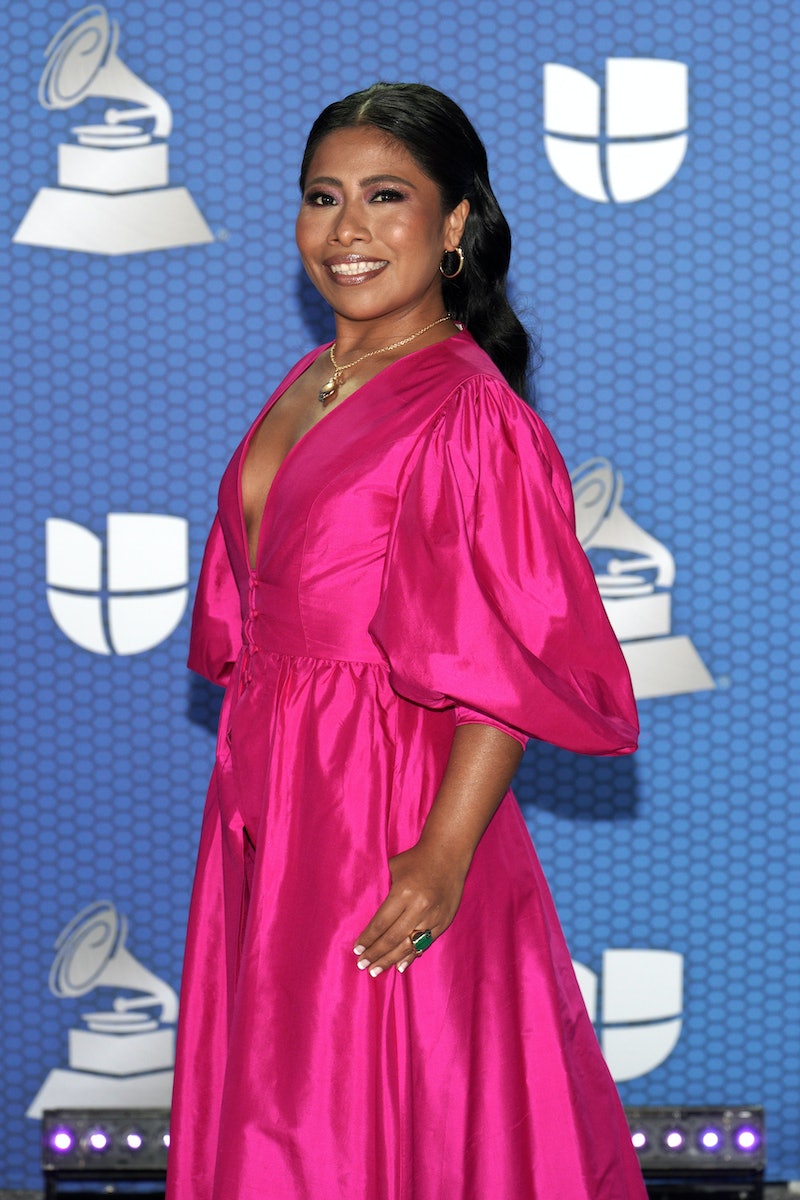 It’s been two years since Yalitza Aparicio’s historic Oscar nomination for Roma. (Not only was she the first Indigenous Mexican actress to score a nom in the Best Actress category, but Roma was also her first movie ever.) Aparicio starred as Cleo, a live-in maid and stoic, stabilizing force in the family she works for. Writer Keshia Naurana Badalge wrote that Aparicio “more than holds her own” in the authentic film, even next to more experienced actors. Through and through, the 2018 movie is firmly rooted in realism, and Aparicio’s talent remains a significant part of its success.

Before being cast in Roma, Aparicio had her sights set on teaching, but her next career move builds upon her acting chops and diverges from her previous character. Aparicio’s upcoming, just-announced film is a straight-up cabin horror. Presencias, a horror film directed by Luis Mandoki, will be Aparicio’s first feature film after Roma and her groundbreaking nomination. Here is everything we know so far about Presencias, from the plot to the cast and production details:

As first reported by El Universal, Presencias will tell the story of a widower who heads to a cabin in the woods by himself. There, weird, creepy stuff ensues. Additional plot and character details are scarce, but this spooky turn of genre is sure to highlight Aparicio’s skills.

In addition to the Oscar-nominated Aparicio, Presencias will star Alberto Ammann and Gerardo Taracena (Cesar “Batman” Guemes from Queen of the South). Both actors also recently appeared in Narcos: Mexico as Pacho Herrera and Pablo Acosta, respectively.

After starring in Roma, Aparicio was named a UNESCO Goodwill Ambassador for Indigenous Peoples. Since then, she’s been posting regularly on her own YouTube channel, where she shares everything from book recs to interviews, cooking videos, and more. Even though Presencias will be Aparicio’s first feature role since Roma, she hasn’t shied away from the camera these past few years.

The Presencias Trailer And Release Date

A trailer has not yet been released for Presencias. Still, filming is underway in Tlalpujahua, Mexico, so a release date, trailer, and additional details could be coming in the near future.

Tlalpujahua, located in Central Mexico, is also home to Feratum Film Fest, an annual fantasy, horror, and sci-fi event. The festival site describes the city as an “enigmatic place from which many stories and legends emanate.” It unclear if Presencias will directly tie into Tlalpujahua’s reputation for horror, but either way, it sounds like the perfect setting for Aparicio’s frightening feature.

This post will be updated with the trailer as well as additional cast and plot details as more information on Presencias becomes available.