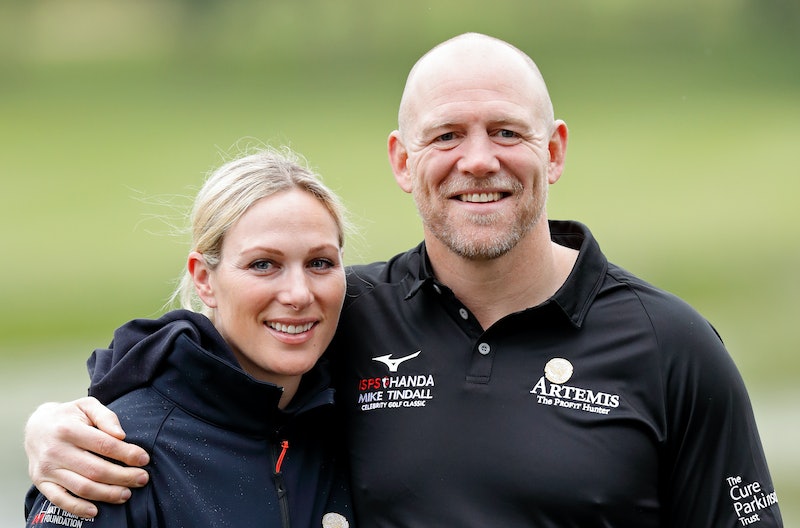 The Queen’s eldest granddaughter Zara Tindall has given birth to her third child, a baby boy, it has been confirmed. A representative for the couple announced that the child – whom they have decided to name Lucas Philip Tindall – was “born on Sunday 21st March 2021 weighing 8lbs 4oz.”

Speaking on his podcast The Good, The Bad, And The Rugby, Zara’s husband Mike Tindall revealed that Lucas had arrived unexpectedly and that his wife gave birth in the bathroom at their home.

He continued: "Fortunately Zara's friend Dolly is, she's actually more important than I am at making sure she's been at all three of my children's births, she was there and recognised that we wouldn't have got to the hospital in time, so it was run into the gym, get a mat, get into the bathroom, towels down, brace brace brace!

“Fortunately the midwife that was going to meet us at the hospital wasn't that far away so she drove up, got there just as we'd assumed the position, and then the second midwife arrived just after the head had arrived!”

News that Zara, the second child of Princess Anne and Captain Mark Phillips, was pregnant with Lucas came in December 2020. Mike, a former England rugby centre, confirmed the news on his podcast, telling his co-hosts James Haskell and Alex Payne: “It’s been a good week for me, [I] had a little scan last week. Third Tindall is on its way.”

Zara has previously opened up about experiencing two miscarriages before welcoming her first child Mia. She then revealed that she had suffered a third miscarriage in December 2016.

Speaking to the Sunday Times in 2018, the former Olympian said: “In our case, it was something that was really rare; it was nature saying, ‘This one's not right.’ I had to go through having the baby because it was so far along.”