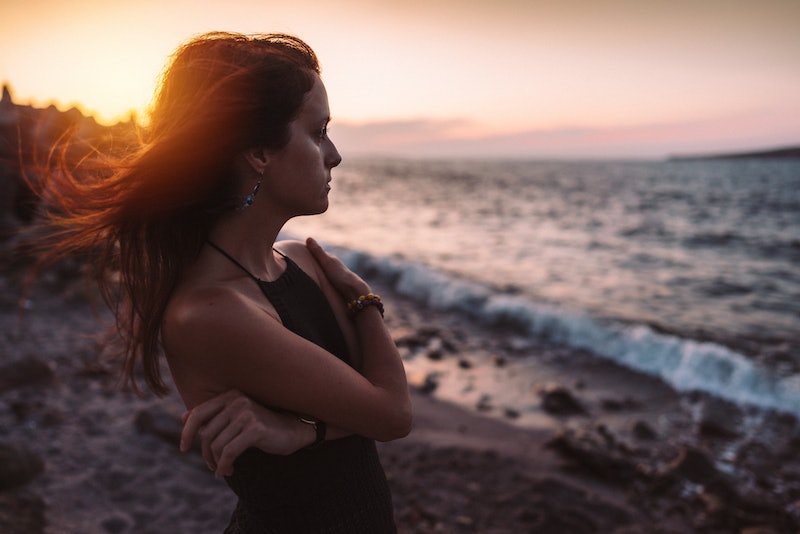 People born between approximately June 21 and July 22 are Cancers, meaning they’re compassionate, nurturing, and great at making emotional connections with others. However, these cosmic crabs are also notorious for being moody and oversensitive — so if you accidentally hurt their feelings, you’ll have to watch out for those pointy pincers! Cancers have countless positive qualities to celebrate, but learning about Cancer traits, including Cancer’s zodiac signs’ biggest weaknesses, allows us to see the full spectrum of this water signs’ archetype.

As a cardinal water sign, Cancers are deep-feeling empaths who lead with their emotions and appreciate the comforts of home. That said, their tenderhearted sensitivity can sometimes make the people around them feel like they’re walking on eggshells. But we’re not here to talk trash on Cancers, as their growth edges are no worse or better than any other sign. Besides, our astrological birth charts contain all 12 zodiac archetypes, meaning that Cancer’s energy is present in all of our charts — strengths, weaknesses, and all.

Whether you’re a Cancer or not, getting acquainted with Cancer zodiac signs’ biggest weaknesses will allow you to get to know the Cancer-ruled parts of your own chart in a more intimate and realistic way.

1. They Can Be Crabby

There’s a reason Cancers are represented by the symbol of the crab! These sensitive people have a tendency to get irritable and touchy, which can sometimes cause them to retreat into the solitude of their shell and give the outside world the cold shoulder.

Cancers moods are prone to changing just as often as the moon changes shape in the sky (they are, after all, the singular sign ruled by the moon in astrology). One minute they might be giggling over a joke, and the next they could be tearing up to the tune of a sad song. This can make it hard for people close to them to keep up, especially if they’re not as emotionally in-tune as Cancers are.

Cancers are highly sensitive, so they often wind up taking things personally or misinterpreting people’s words or actions. Even the most subtle shifts in someone’s energy could trigger a Cancer’s concerns, so it’s important for them to be open about their feelings rather than internalizing them and making assumptions.

4. They Can Be Closed Off

Speaking of being open about feelings, this can be tough for a Cancer, despite their high emotional intelligence levels. As the zodiac’s crab, Cancers have a tendency to hide away in their shells and push people away if they’re feeling too exposed, vulnerable, or overwhelmed.

Softhearted Cancers have delicate feelings that can be hurt rather easily — but they dislike having any sort of confrontation. That’s why, instead of expressing their frustrations or grievances with others straightforwardly, they often wind up being passive aggressive.

6. They Give Too Much Of Themselves

As one of the water zodiac signs, Cancers are deeply in touch with people’s feelings and they want to use their intuitive gifts to support people. However, their habit of filling other people’s cups and never refilling their own can leave Cancers depleted and exhausted.

7. They’re Often Stuck On The Past

Cancers are associated with the nostalgic fourth house of the zodiac, which relates to our childhoods, memories, and emotional roots. This influence explains why Cancers can so easily get lost in the past. Many Cancers find themselves feeling emotionally stuck on old relationships or stewing over long-past arguments.

8. They Can Be Needy

Cancers are naturally nurturing, and they instinctually know how to provide comfort, safety, and security to others. Unfortunately, not everyone knows how to reciprocate this kind of care — and Cancers may start to feel needy and even clingy if someone’s not meeting them at their level of devotion. This can make them prone to a more codependent style of attachment in relationships.

As the sign ruled by the moon (which is the planet associated with maternal instincts and emotional vulnerability), Cancers have a fierce desire to shield themselves and the people they love from harm. However, this drive can cause them to be overprotective. They might find themselves coddling and babying others (or themselves) when it’s not at all necessary.

10. They’re Quick To Get Defensive

Cancers have tender hearts and sensitive souls — and if they feel threatened or overly vulnerable, their take-charge cardinal sign nature will jump out and rush to the defense. But always operating as if they’re on the receiving end of an attack can make other people feel like they have to walk on eggshells around them, so it’s important for Cancers to think through their emotions before rallying the troops.

More like this
Here’s Why Sagittarians Should Pursue A Career In Academia
By Nina Kahn
Here's Why Libras Are World-Class Conversationalists
By Nina Kahn
These 4 Zodiac Signs Will Be Extra Lucky In October
By Brittany Beringer
The Spiritual Meaning Of Angel Number 000, Explained
By Kristine Fellizar
Get Even More From Bustle — Sign Up For The Newsletter