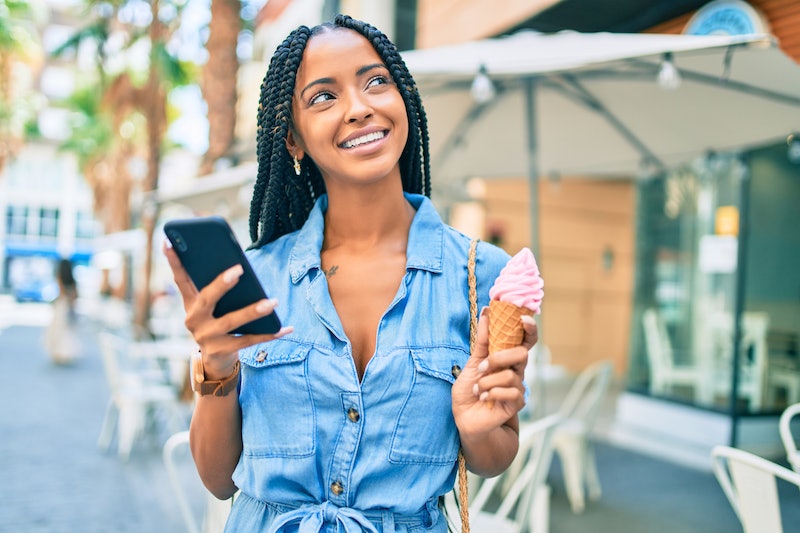 Born between Sept. 22 and Oct. 22, Libras are social butterflies who appreciate life’s beauty and strive to bring harmony to all situations. However, their diplomacy combined with their desire to keep the peace can sometimes turn into subtle manipulation — so beware of falling victim to a Libra’s charms! Libras have loads of lovely qualities, but taking a deeper look at Libra zodiac signs’ biggest weaknesses can help us understand these air signs in a more genuine way.

Libras are the cardinal air signs of the zodiac, so they’re great at making social connections and building relationships with others. However, in an effort to avoid conflict, they can sometimes end up people-pleasing, which isn’t helpful for anyone. Every zodiac sign has its own set of unique gifts and challenges — and while Libras may be known for being indecisive and shallow, their cosmic traits aren’t any better or worse than any other signs’. Plus, hating on any zodiac sign is pointless, because all 12 of them play a key role in our astrological birth charts anyway. Knowing Libra’s strengths and weaknesses can tell us a lot about ourselves, whether or not we have our sun, moon, or rising signs in the realm of the cosmic scales.

Sweet and charming Libras are easy to love, but getting to know Libra zodiac signs’ biggest weaknesses can help us understand our Libra-ruled friends, foes, and planetary placements in a more significant way.

1. It Takes Them Forever To Make A Decision

One of the major stereotypes about Libras is that they’re indecisive as heck. Whether it’s picking a drink at the coffee shop or deciding whether or not they want to accept a new job offer, Libras have a tendency to waver back and forth between their options and struggle to choose a side.

2. They Get Preoccupied With Love

Libra is the sign associated with partnerships, so obviously romance is an important theme in their lives. However, these heart-eyed Venus babies can sometimes get a little too preoccupied with love and relationships — and it can keep them from seeing the bigger picture or catching people’s red flags.

As one of the zodiac signs ruled by Venus (planet of beauty), Libras love fashion, art, and all things pretty — and they love beautifying themselves, too. Their natural interest in aesthetics can occasionally lead to them spending too much time in front of the mirror or being overly caught up in their physical appearance.

4. They Flake On Plans

Libras love to socialize and connect with people, so going to events and keeping a busy social calendar is important to them. However, their FOMO can sometimes cause them to overbook themselves — which leads to bailing on plans at the last minute. While their intentions are good, this behavior gives Libras a reputation for being flakey.

As air zodiac signs, Libras are thought-driven people, and they’re always weighing the pros and cons of every option or decision they make. Unfortunately, this mentally-focused energy can cause them to overthink their actions and choices or obsess over whether or not they did the right thing.

6. They Can Be Shallow

Refined and high-minded Libras appreciate the beautiful things in life — but sometimes they need to be reminded that beauty is more than skin deep. It’s easy for a Libra to get distracted by a fancy or sparkly exterior and be overly entranced by its surface-level charm, forgetting that there’s more to things than meets the eye.

7. They Get Lazy In Relationships

As one of the cardinal zodiac signs, starting relationships is easy for Libras. However, once they get comfortable with someone (whether it’s a friend or a lover) and the honeymoon high wears off, they can get lazy and seem to save all their charm for less-familiar faces. Libras have to work extra hard to put forth the effort necessary to keep longer-standing relationships feeling fresh.

Libras hate conflict — so much so that sometimes they’d rather privately stew about something or vent behind someone’s back rather than address the issue head-on. Instead of letting resentments build up, Libras should use their diplomacy skills to talk through their feelings and get comfortable with disagreeing.

9. They Can Come Off As Fake

Airy Libras are born to charm, and they know how to use their social savvy to their advantage. However, their cheerful dispositions and easygoing grace can present as “fake nice” sometimes, and can rub people the wrong way. However, Libras aren’t being fake — they simply want to keep things feeling harmonious, and kindness is an easy way to do that.

10. They Struggle To Set Boundaries

In order to keep the peace, some Libras have a tendency to say yes to things they don’t actually agree with or take on responsibilities they don’t have time for. This kind of people-pleasing behavior can be exhausting and make it hard for their friends to trust whether they’re being honest, so it’s important for Libras to work on boundaries.