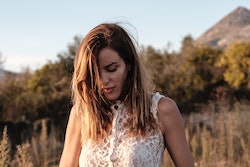 A new year always means a new set of planetary retrogrades — and the first 2021 Mercury retrograde is descending upon us before we can even flip past the first month of our calendars. From January 30 through February 20, Mercury will be backspinning through the forward-thinking sign of Aquarius, causing some minor mayhem in the realms of communication, timing, tech, and more. Annoying? Most definitely. But this cosmic period can be totally manageable, especially if you know the do's and don'ts of Mercury retrograde winter 2021.

As is typical for Mercury retrograde periods, we can expect this backspin to serve up miscommunications, scheduling issues, tech glitches, timing delays, and general brain fog — but it’ll do so through an Aquarius lens. As the fixed air sign of the zodiac, Aquarius is a mentally-focused energy that rules over tech innovations, groups and friendships, and the collective future. That said, it's best to be extra careful in the digital realm (re-read those texts before hitting send!) and super conscious about how you express yourself within a group setting, both at work and in your personal life.

During the course of this retrograde, Mercury will be joined in Aquarius by a whopping six other celestial bodies, which collectively form the 2021 Aquarius stellium that dominates February's astrology. Throughout its backwards journey, Mercury be forming a series of powerful alignments with the sun, moon, Venus, and Jupiter, all of which will amplify its energy even more.

Don't let a planetary backspin get ya down! Here's everything to know during Mercury retrograde winter 2021 to ensure you get through it all with relative ease.

DO: Think Outside The Box

When Mercury is in Aquarius, we're inspired to think outside the box and be more unconventional about our approach to life — so use that energy to your advantage when it comes to Mercury retrograde problem-solving. Expect that there will be scheduling issues or travel snags and get creative. For example, if your GPS takes you on a few wrong turns, stop at a different grocery store than you originally planned, or use it as an excuse to splurge on take-out that night instead.

DON'T: Get Caught Up In Personal Drama

Mercury retrogrades often cause miscommunications or bring past issues back to the surface, all of which can result in personal drama. This time around, challenge yourself to be more objective and think of the situation from an outsider's perspective. What truths could be missing from your point of view? Mercury in Aquarius inspires us to step back and look at things from a more collective standpoint — and doing so during this retrograde could help you put out fires before they start.

DO: Be Conscious When Working With Others

Because Aquarius rules over the collective, we'll be especially prone to miscommunications while interacting with groups of people. When working with others during this retrograde, be thoughtful about ensuring everyone's voice is heard and try to take different points of view into consideration. It'll be easy to misunderstand someone's point or lose track of collective goals during this backspin, so take things slow to avoid any drama — within your friendships or among your colleagues.

DON'T: Worry Too Much About The Future

Under the upcoming Mercury retrograde, the future looks especially foggy, and it'll be hard to pin down plans or get clarity on what lies ahead. But instead of worrying about what comes next, use this time to focus on your past and how it's shaped your present. By looking backwards instead of forward, you'll be able to get in touch with where you're at now — and will have a much better idea of what steps to take to bring your future visions to life post-retrograde.

DO: Have More Face-To-Face Conversations

Mercury retrograde has a tendency to cause both miscommunications and tech errors, so during this backspin, it might be best to avoid having any serious conversations via text or email. If it's unsafe to be face-to-face in person, at least try to FaceTime or Zoom with someone to get your point across, especially if you're dealing with a touchy subject. Texts get missed, typos run rampant, and words are easily misconstrued under these transits — so avoid the game of telephone and be as clear as you can.

DON'T: Put All Your Trust In Tech

Aquarius rules over futuristic technologies — so combining that energy with Mercury retrograde's aforementioned penchant for tech glitches, and you've got a recipe for digital disaster. During these few weeks, try to be extra conscious about your tech devices and do as much as you can analog. Double check that your phone is charged before going out, make sure you've backed up your files in case of a breakdown, and avoid buying any electronics until the retrograde is over.

More like this
October's Astrology Includes Mars Retrograde & A Solar Eclipse
By Nina Kahn
Angel Number 111 Is All About Manifesting Your Power
By Brittany Beringer and Nina Kahn
Here's Your Daily Horoscope For October 5, 2022
By Mecca Woods
The Meaning Of Angel Number 777, According To An Astrologer
By Brittany Beringer
Get Even More From Bustle — Sign Up For The Newsletter