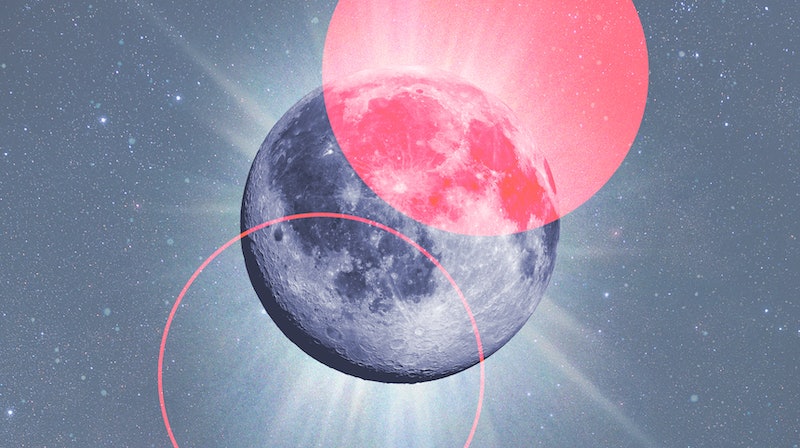 Autumn is officially here and we’re jumping into October with six retrograde planets — but thankfully, the retro-tides are about to start turning. That said, this month’s astrology is still chock-full of tricks (like the return of eclipse season) and treats (a magical Venus Star Point). You’ll want to know exactly what’s on the cosmic agenda when it comes to all the major astrological events in October 2022.

First, we’re having an especially Venusian October — and when I say Venusian, I’m referring to goddess-like Venus, the planet of beauty and romance. Our resident love planet will be traveling alongside the sun in its home sign of Libra for the first few weeks of the month, making the social and bubbly Libra season even sweeter. Communicative planet Mercury re-enters Libra on Oct. 10, and we’ll have a special sun-Venus alignment in Libra called the Venus Star Point on Oct. 22. Both the full moon and new moon in October will also be heavily influenced by Venus — pulling matters of the heart into our lunar experiences. Overall, this month puts a big emphasis on romance and partnerships, so channel your inner love witch. October is the perfect time for some glamour magic or a seductive spell.

But there’s some drama, too. The month is also bookended with some major retrograde activity: It begins with the wrap-up to the current Mercury retrograde period, but ends with the kick-off to Mars retrograde — a backspin that only occurs every couple of years, and will last through the duration of 2022. October also brings the return of eclipse season, with the solar eclipse on Oct. 25. With some fateful eclipses and a brand-new retrograde in store, you’ll want to buckle up, because big changes are headed our way.

We’ve been in the thick of retrograde season for the past month, with a whopping six planets backspinning at once — but thankfully, those tides are starting to turn. On Oct. 2, Mercury retrograde is officially over, giving us a break from the brain fog and a renewed sense of clarity about how we want to move forward. While its post-retrograde shadow will linger for a couple more weeks, the brunt of the retrograde cycle is over. That’s a cause for celebration.

Mercury isn’t the only planet that’ll start moving forward again this month. Underworld-dwelling Pluto wraps up its annual retrograde on Oct. 8, followed by the end of stern Saturn’s retrograde on Oct. 23. Overall, we’ll likely begin to feel a little more momentum in our lives, so it’s a good time to pick up the pace with all the lessons we’ve learned on deck.

The first few weeks of October comprise the better part of Libra season 2022, which has us focused on creating partnerships, finding more beauty in the world, and bringing some balance to our lives amidst the seasonal shift. The sun is being joined by the mental planet Mercury, which re-enters Libra post-retrograde on Oct. 10. This amplifies the social and communication-oriented vibe of the season and inspires us to connect with people and speak with diplomacy.

Love planet Venus will also be traveling alongside the sun in Libra through the duration of the season, bringing romance and beauty to our lives in a big way. Libra is one of Venus’ signs of rulership, so the cosmic love goddess feels right at home in Libra’s aesthetically pleasing lair. This Venusian journey culminates in a special alignment on Oct. 22 known at the Venus Star Point, during which Venus and the sun form a perfect conjunction in the zodiac. This lucky sun-Venus connection — which takes place on the last full day of Libra season — is a gorgeous time to manifest love, creativity, and more authentic connections in your life.

A Fiery Full Moon In Aries On Oct. 9

Fall’s first full moon is rising on Oct. 9 in the fierce and brazen sign of Aries, inspiring our inner leaders to step up and fight for our heart’s desires. The October 2022 full moon is connecting with Venus as well as the wounded-healer comet Chiron, so we may feel extra sensitive when it comes to relationship issues or our general values. That said, this can be a powerful lunation for healing, and a great time to release any unwanted baggage before eclipse season swoops in to shake things up later this month.

The sun enters stealthy Scorpio on Oct. 23, plunging us deep into the mysterious waters of Scorpio season 2022. Get ready to feel your feelings, embrace what’s in the shadows, and dive into full-on spiritual-transformation mode. Venus enters Scorpio alongside the sun, amping up the seductive energy of this transit and intensifying relationship dynamics. Prepare to feel extra sultry and mysterious when it comes to romance.

On Oct. 29, logistics-loving Mercury joins the sun and Venus in Scorpio, too — making the end of the month a full-blown Scorpio party. With Mercury in Scorpio, we may be a little more tight-lipped about our business, strategic in our planning, and covert in our communication methods. Our mental approach also becomes a little more investigative, as Scorpio zodiac energy is all about digging beneath the surface and getting to the heart of things.

The Return Of Eclipse Season On Oct. 25

Speaking of Scorpio season, the luminaries are wasting absolutely no time intensifying things — as the new moon in Scorpio on Oct. 25 officially heralds fall’s eclipse season. This new moon is also a powerful solar eclipse, so it’s bringing swift shifts to our path and flash opportunities for our future. This lunation is teaming up with Venus and connecting with the unpredictable planet Uranus, meaning that sudden and pivotal changes of heart or fateful relationship revelations could be in store for all zodiac signs. Whatever surprises unfold, trust that these happenings are for your highest and greatest good.

Jupiter’s Back In Pisces

On Oct. 28, after spending a few months in Aries, lucky planet Jupiter is retrograding back into dreamy water sign Pisces — one of its traditional home signs — until Dec. 20. This once-every-12-year transit will give us one last dance with the themes we experienced under Jupiter’s journey through Pisces during the first half of 2022. Jupiter’s sail in Pisces has the potential to catalyze massive spiritual upgrades, deep artistic inspiration, and an overall sense of idealism and wonder in all zodiac signs. It’s an auspicious time for both creative and mystical pursuits, bringing depth to our expression of feeling. This is the last stint Jupiter will have in Pisces until 2033, so take advantage of the magic and open your heart to a potential spiritual awakening.

Halloween isn’t the only spooky event taking place at the end of the month. On Oct. 30, fiery planet Mars will begin its biennial retrograde period. Warrior-like Mars rules everything from passion and sexuality to aggression and action. That said, when Mars retrogrades, we may find ourselves lacking motivation, getting easily frustrated, or generally feeling exhausted — Mars rules physical energy, after all. It’s beneficial to slow down your pace during this transit and take some time to redefine your goals and the way you pursue them.