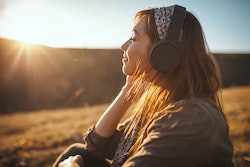 People with birthdays that fall between approximately Feb. 18 and Mar. 20 are Pisces zodiac signs — which makes them spiritual, emotionally attuned, and deeply empathetic to others. However, these cosmic fish are also known for being oversensitive and spaced-out. They can’t not take your feelings personally! Pisces have a plethora of positive qualities to praise, but knowing Pisces zodiac signs’ biggest weaknesses can help you appreciate and understand these dreamy water signs even better.

As the zodiac’s mutable water sign, Pisces are intuitive and sentimental dreamers who like to go with the flow and wear their feelings on their sleeve. However, being constantly lost in their emotions can sometimes make them hard to communicate with and prone to being too tender about things. But before this honey roast gets overly intense, it’s important to note that we are not here to diss our Pisces pals. These sensitive souls are some of the most mystical of all the signs! Plus, all 12 zodiac archetypes are contained within everyone’s astrological birth chart — which means that Pisces zodiac energy, compete with all its strengths and weaknesses, is a part of you, too.

Whether or not you’re a Pisces, diving into the nitty-gritty of Pisces zodiac signs’ biggest weaknesses can help you connect more deeply with the Pisces-ruled pieces of your chart — and better understand all the Pisces people in your life, too.

As one of the emotionally-oriented water signs, Pisces have deep feelings and can pick up on other people’s energy with ease. However, this also makes them super sensitive to just about everything. Because of this, they have a tendency to take things very personally and often end up getting their feelings hurt unnecessarily.

2. They Struggle With Boundaries

In astrology, Pisces are represented by the symbol of the fish — which illustrates the way these underwater babies like to fully submerge themselves in their feelings. While becoming one with their experiences is very powerful, this desire to merge can also make it difficult for Pisces to set firm boundaries for themselves.

Pisces vibrate on a different wavelength than the rest of us — these mystical beings are much more concerned with dreams, feelings, and vibes than they are with the more mundane matters of everyday life. However, this transcendent quality can also manifest as Pisces struggling to stay on point with logistical details, such as getting to places on time or honoring due dates.

4. They Tend To Live In A Fantasy

In modern astrology, Pisces is ruled by Neptune, aka the planet of illusions and dreams. This gives Pisces people wild imaginations, but it can also sometimes make it seem like they’re detached from reality and living in la-la land. Pisces often have an urge to “escape” from their everyday problems — so you’ll often find them daydreaming about things instead of actually doing them.

5. They Forgive Too Easily

Pisces are deeply compassionate people, but this can also make them prone to forgiving people too easily — especially people who may not have earned their forgiveness or learned from their actions. It’s important for Pisces to stand up for themselves and make sure they’re not being emotionally taken advantage of.

In traditional astrology, Pisces is ruled by lucky planet Jupiter, the most optimistic and growth-oriented planet of the bunch. This cosmic influence is what makes Pisces so endlessly idealistic. However, sometimes their penchant for positive thinking can turn into a rose-colored glasses situation, making it difficult for them to certain situations for what they really are.

7. They Can Come Off As Loopy

Pisces are natural creatives, so they have a poetic way of interacting with the world and processing information. It’s much easier for them to express themselves symbolically rather than straightforwardly. However, this dreamy disposition can sometimes make it hard to communicate with them clearly, or cause them to come off as a little loopy and spaced-out.

8. Their Hearts Are On Their Sleeve

Pisces aren’t very defensive people — they tend to put all their sensitivities out on the table for people. While this kind of emotional rawness is beautiful, it can also make them extra vulnerable to being hurt. It’s nearly impossible for Pisces to hide how they’re feeling or put on a poker face, so they often have no choice but to let their inner selves be seen.

As one of the ever-flexible mutable signs, Pisces have go-with-the-flow personalities and like to float wherever the tide of the day carries them. However, this free-wheeling energy can sometimes make them unreliable and hard to reach. It’s easy for people to mistake their whimsy as evasiveness or flakiness, even if it’s not intended that way.

10. They Can Get Lost In Self-Pity

Pisces energy corresponds with the twelfth house in astrology, which is all about solitude, hidden things, and even mental health. So when a Pisces feels down, it’s easy for them to resort to withdrawing from the world and being overwhelmed with self-pity. It’s important for Pisces to reach out for support in times of need and not try to weather their emotional storms alone.

More like this
The 3 Most Organized Zodiac Signs, According To An Astrologer
By Kristine Fellizar
Here’s Your Daily Horoscope For January 27, 2023
By Mecca Woods
These 4 Zodiac Signs Make The Best Bridesmaids
By Nina Kahn
Andie From 'How To Lose A Guy In 10 Days' Is A Total Gemini
By Nina Kahn
Get Even More From Bustle — Sign Up For The Newsletter
From hair trends to relationship advice, our daily newsletter has everything you need to sound like a person who’s on TikTok, even if you aren’t.