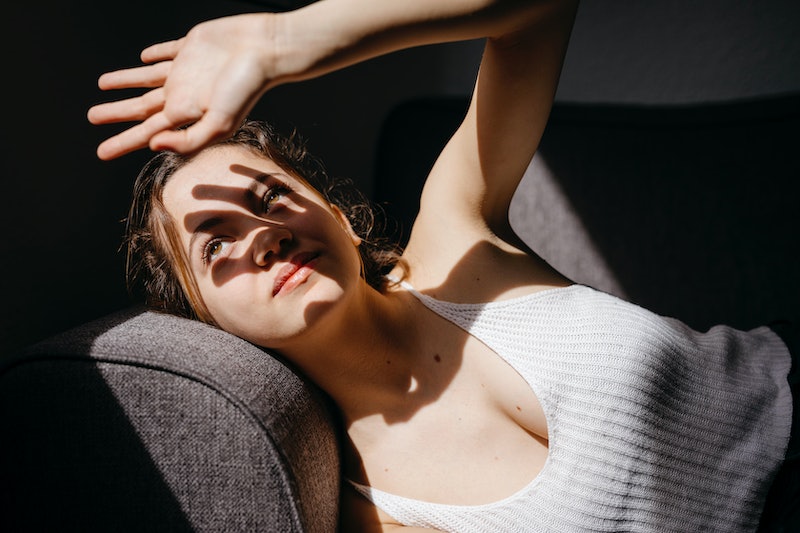 If you celebrate your birthday between approximately Nov. 22 and Dec. 21, that makes you a Sagittarius — one of the most free-spirited and happy-go-lucky signs of the zodiac. But a Sagittarian’s classic joie de vivre can have a dark side, as these fire signs are also known for being slightly sanctimonious know-it-alls with commitment issues. Good luck trying to knock them off their high horse! The cosmic archers certainly have countless admirable personality traits, but being aware of Sagittarius zodiac signs’ biggest weaknesses is an important part of getting to know this sign in a more realistic way, too.

Sagittarians are the zodiac’s mutable fire signs, which makes them passionate adventure-seekers who are always open to trying new things. However, their constant lust for excitement and hunger for knowledge can also make them easily bored, impatient, and even a little careless about other people’s feelings. But we’re not here to bash on our Sag friends! Every zodiac sign has unique weaknesses as well as strengths, and none are any better or worse than the next. Besides, our birth charts contain all 12 signs — so even if we don’t have any major points or planets in Sagittarius, Sagittarius qualities are still relevant to our astrological make-up.

Whether you’re a Sagittarius yourself, you’re crushing on one, or you just want to learn more about the various archetypes of the zodiac, understanding Sagittarius zodiac signs’ biggest weaknesses is a must. Because once you know the bad, you’ll appreciate the good all that much more.

Sagittarians are known for being honest and telling it like it is, but sometimes their straight-to-the-point approach can come off as harsh and insensitive. While it’s admirable that these fire signs are so committed to speaking the truth, their bluntness can easily end up hurting someone’s feelings.

2. They Can Come Off As Careless

As one of the mutable signs, Sagittarians are free spirits to their core, and they love to fly wherever the wind takes them. They prefer to be spontaneous rather than make solid plans, and they’ve always got their feelers out for their next big adventure. However, these whimsical qualities can also make them come off as careless and inconsiderate of others’ feelings.

Represented by the symbol of the archer, Sagittarians are always trying to shoot for the stars. They get a thrill out of living dangerously and walking on the wild the side, and taking risks is the norm for these adventurous fire signs. While they usually have luck on their side, their behavior can sometimes come off as reckless, especially to people who prefer to play things safe.

Sagittarians love to learn new things, hear different perspectives, and get into deep philosophical conversations. However, their fire-sign feistiness can sometimes cause them to get a little self-righteous and sanctimonious about their personal beliefs. They have to be careful of coming off as preachy and pretentious.

5. They Can Be Judgmental

As the sign associated with the ninth house of knowledge in the zodiac, Sagittarians are naturally wise — and they’re often well-read and well-traveled, to boot. Unfortunately, their experience and learnedness can sometimes cause them to be a little bit judgmental or patronizing toward others.

6. They Struggle With Commitment

Sagittarians are some of the most independent personalities of the zodiac. They hate to be tied down, and their freedom is of the utmost importance to them. That said, it can sometimes be difficult for them to make a longterm commitment — whether it’s to a job, a lease, or a relationship.

7. They Run From Their Problems

Happy-go-lucky Sagittarians love to have a good time, and they can almost always see the bright side of a situation. However, always putting on the rose-colored glasses can sometimes lead to toxic positivity. These fun-loving fire signs have a tendency to run away from and ignore their problems instead of actually dealing with them.

8. They Get Bored Easily

The mutable and fiery nature of Sagittarius people is what makes them so free-spirited and energetic — but it’s also what contributes to their impatience and constant need for stimulation. Sagittarians are always seeking excitement and craving adventure, so they’ll quickly grow bored of their surroundings if they stay in one place for too long.

Sagittarius is the sign ruled by Jupiter (planet of growth and expansion), so they have a tendency to exaggerate things without even meaning to. Whether it’s by embellishing the details of a story they’re telling, blowing an argument totally out of proportion, or over-hyping an event in order to get their friends to join them, Sag can’t help but make things seem a little bigger and brighter than they actually are.

10. They Can Be Party Animals

If there’s one thing to know about Sagittarians, it’s that they love to have fun and are always down for an adventure. However, their thrill-seeking ways can sometimes lead to overindulgence and partying a little too hard. Being rowdy and causing a ruckus can make for a good time, but it can also get a little destructive.

More like this
Here’s Why Sagittarians Should Pursue A Career In Academia
By Nina Kahn
The 3 Most Family-Oriented Zodiac Signs, According To An Astrologer
By Nina Kahn
3 Zodiac Signs Most Likely To Be The Center Of Attention
By Nina Kahn
These 4 Signs Are The Seductive Sirens Of The Zodiac
By Brittany Beringer
Get Even More From Bustle — Sign Up For The Newsletter