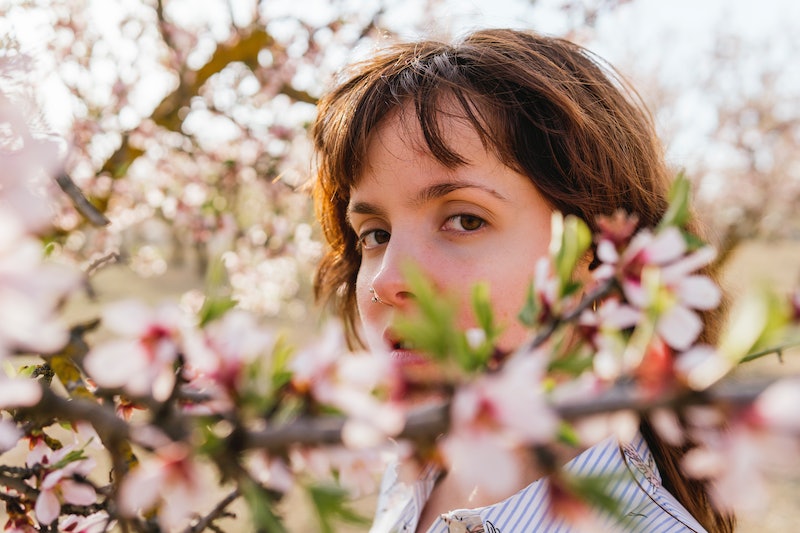 Everyone born between approximately Oct. 23 and Nov. 22 is a Scorpio, which imbues them with a powerful intuition, razor-sharp focus, and strong sense of loyalty. But watch out for that poisonous stinger, because the cosmic scorpion is also known for being jealous, moody, and vindictive. These mystical water signs possess many enviable qualities, but getting to know some of Scorpio zodiac signs’ biggest weaknesses helps us to understand their habits and motives on a deeper level.

Scorpios are the zodiac’s fixed water sign, so they excel when it comes to creating deep intimacy with others and getting real with their feelings. However, all this emotional intensity can build up inside them like a pressure cooker, which is why Scorpios have become so infamous for their dangerous and dark sides. But before we all start bagging on Scorpios, it’s important to note that all zodiac signs have their weak spots, and Scorpio’s aren’t worse than any others. Plus, all 12 signs are present in our birth charts anyway, so Scorpio energy is integral to every single person’s astrological makeup.

Even if you don’t have any planets in Scorpio, understanding some of Scorpio zodiac signs’ biggest weaknesses can help you make sense of this mysterious sign’s archetype and get to know the zodiac in a more holistic way.

Scorpios are some of the most loyal and devoted people out there — but if you cross them, you better watch your back, because they can get vindictive when they feel slighted or wronged. Competitive Scorpios struggle to let bygones be bygones, and they don’t feel the score is properly settled until they’ve gotten revenge on those who have hurt them.

Scorpios are the natural rulers of the eighth house of the zodiac, which relates to matters of intimacy and shared resources — and this influence may explain why Scorpios tend to be so possessive over the things, people, and situations in their lives. Being vulnerable is hard for Scorpios, so once they feel invested in and attached to something, it can trigger their fear of loss and bring out controlling behaviors.

3. They Can Be Intimidating

Enigmatic Scorpios like to appear cool, calm, and collected — and it’s not too hard for them to do, as they usually possess a mysterious sort of je ne sais quoi. However, sometimes their introverted and hard-to-read vibe can come off as cold, standoffish, and intimidating. Having a powerful presence is great, but being too unapproachable can put people off.

4. They’re Always On The Defense

Symbolized by the powerful scorpion, Scorpios are equipped with the emotional version of a poison-filled stinger — and they aren’t afraid to use it. Scorpios can be a little paranoid when it comes to protecting themselves, so they often have their guard up and can get overly defensive about things.

As one of the sentimental water signs, Scorpios have deep feelings and strong emotional reactions — and sometimes, this sensitivity can score them a bite from the green-eyed monster. Scorpios are known for getting jealous over lovers, friends, and even colleagues, so they have to work to let go of envy.

6. They Can Get Obsessive

As one of the fixed signs, Scorpios are ultra focused — and once they’ve put their mind to something, they won’t stop until they’ve completed the task. However, this intensity can sometimes veer into obsessive territory. It’s easy for Scorpios to get overly saturated in the details of a situation and fixate on certain things for longer than is necessary.

Once someone has lost a Scorpio’s trust, they’re unlikely to get it back. Scorpios are expert grudge-holders who aren’t quick to forgive or forget. They don’t like being played or betrayed, so if it happens, they’re liable to hold it against that person for the rest of time. Once a traitor, always a traitor (at least in the mind of a Scorpio).

8. They Can Be Cold And Calculated

Stealthy Scorpios are known for their strategic approach to life, but sometimes their calculated way of thinking can come off as cold or cruel — especially if it’s applied to interpersonal relationships. It’s important for Scorpios to summon up some empathy if they catch themselves leaning too hard into their Machiavellian instincts.

Valuing privacy is one thing, but sometimes secretive Scorpios can take that to an extreme and make it hard for anyone to see the real them. Sharing intimate or private information is hard for Scorpios, as they fear it’ll make them more vulnerable — so they often end up keeping people at a distance until they feel they’ve built up adequate trust.

As the singular sign ruled by intense planet Pluto, Scorpios can sometimes get carried away with their desire to be on top — and they’ll do anything to make sure they get what they want. Their power-hungry streaks can cause them to get competitive, cutthroat, and unscrupulous in their quest for success.