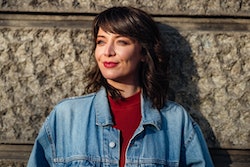 Somewhere between approximately April 20 and May 20, the sun enters in the strongwilled and grounded earth sign Taurus. This transition kicks off the beginning of Taurus season, bestowing a sense of safety and comfort to the collective. The next four weeks will be all about patience, determination, and keeping a steady hand on love, career, and friendships. Expect to feel connected to your romantic side and especially expressive in love, especially when it comes to self-love. Taurus season can help open your heart, but its earthy influence can also help you stick to the goals you’ve been working toward during Aries season, so you’ll want to know how to work with bull’s energy.

“With the astrological new year now underway, the seeds you planted in Aries season are beginning to crack open and make their way to the surface of your life,” Ryan Marquardt, an astrologer, tells Bustle.

Understanding the vibe of Taurus season requires some context of Taurus zodiac traits. For starters, Taurus is an earth sign, which makes these little bull babies extra practical and down-to-earth. But unlike the other earth signs, Taureans appreciate a little bit of luxury and indulgence, because they’re governed by Venus, which rules things like beauty, money, and romance. They also have their second house ruler to thank for being the financiers of the zodiac. Their Venusian influence is also why Taureans are hopeless romantics at heart. Are you noticing you’re splurging online or ordering way too much takeout lately? You may be able to pin the blame on Taurus season, which takes comfort to a whole other level.

Your zodiac sign doesn’t need to be a Taurus for you to be impacted by the strong force of Taurus season — everyone will experience the bull’s vitality in their own way. Keep reading for the scoop on Taurus season and how you can take advantage of the earth sign’s energy.

When Does Taurus Season Start?

Since Taurus season is calculated based on when the sun ingresses into the earth sign, the dates vary each year. Taurus season 2022 begins on April 19.

When Does Taurus Season End?

It takes approximately 30 days for the sun to coast through Taurus, officially exiting the bull’s territory around May 20 to May 21 each year. Taurus season 2022 ends on May 20.

How Taurus Season Affects You

If there’s one thing a Taurus will do, it’s take their time. The bull’s motto is slow and steady, and it’s because they know the value of determination. Likewise, Taurus season serves as a reminder to keep a strong head on your shoulders as you work towards fulfilling your objectives and metrics.

“With the sun in Taurus, new growth is likely to be felt and seen right now, but patience is needed through this process because your new beginnings won’t be fully bloomed just yet,” explains Marquardt. “If you stay determined like the bull, you have a chance to flourish in the same way a seedling stretches up to find the light of the sun, eager for continued growth.”

Since Taurus rules the material world, you’ll notice an emphasis on your finances and possessions, so it’s probably a good time to review your spending and create new financial goals. What’s more, Venus, the planet governing love and money, will be in the bold fire sign, Aries, heating up your relationships and finances. “You can expect that any growth spurts taking place right now will be backed by a strong vigor and a sense of healthy competition,” says Marquardt.

How Taurus Season Affects Your Friendships

Taurus’ vibe is strong and dependable, so you can expect your friends to be extra sturdy during the bull’s season. The headstrong earth sign knows a thing or two about fostering friendships with a well-built foundation. You might find yourself being more reasonable when it comes to conflict, since Taureans are all about keeping the peace.

“Taurus season infuses calm and stable energy into your friendships,” explains Marquardt. “As the second sign of the zodiac, Taurus can be a little naïve, but in such a charming way. People will notice a more gracefulness and tranquility setting in among their friendships.”

How Taurus Season Affects Your Relationships

“No matter your age, if you’re at the beginning stages of a budding romance, this can be a time when the chemistry falls into place and you start envisioning the longer-term potentials,” explains Marquardt.

Whether you’re exploring what’s out there or leaning towards a more permanent relationship, Taurus season is a good time to zero in on what you want in a relationship. “Patience is key, so try to avoid rushing the natural growth of the relationship. Keep it nonchalant, and you’ll probably end up a satisfying, sensual, and pleasurable Taurus season with your boo.”

How Taurus Season Affects Your Career

As earth signs, Taureans are realistic, especially where it relates to finances. But the bull takes it a step further since they’re ruled by the second house of material possessions and money — their income is important to them. In the same way, your cash flow will top your priorities, although you may be tempted to splurge a little by the indulgent earth sign.

Taureans are always looking to maximize their profits, so if you have a niche hobby or skill, now could be the time to monetize them. “During this Taurus season, the work you’re accomplishing will be rewarded if you’re focusing on expanding your natural gifts and talents. It’s also a beautiful time of the year to start pursuing new skill sets,” says Marquardt. “This is a great season for saving up, and with the North Node in Taurus, this might be a time when many people gain promotions and boosts in income.”

More like this
The Temperance Tarot Card Wants You To Connect With Yourself
By Kristine Fellizar
The Fool Tarot Card Meaning, Explained
By Nina Kahn
The Spiritual Meaning Of The September 2022 New Moon
By Nina Kahn
Libra Season Do’s & Don’ts That'll Start Fall On The Right Note
By Brittany Beringer
Get Even More From Bustle — Sign Up For The Newsletter