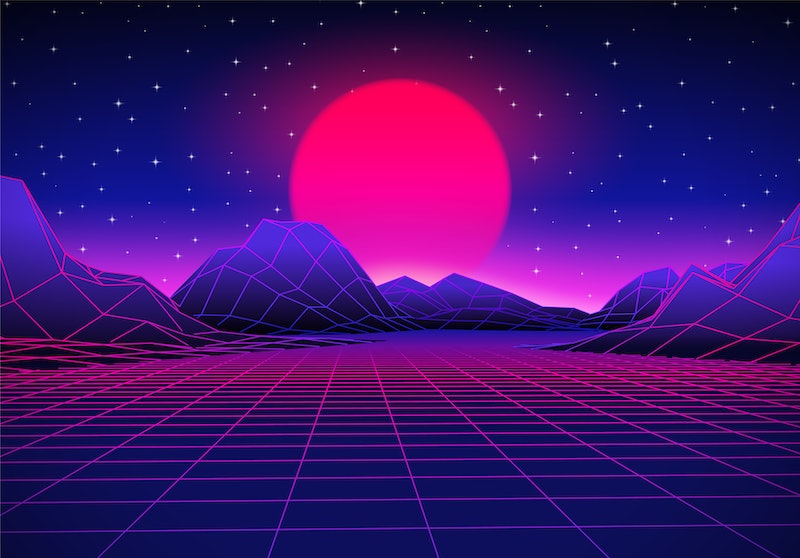 Many of us are somewhat familiar with the astrological phenomenon known as Mercury retrograde periods, during which we're more likely to hit unexpected traffic, send a text to the wrong group chat, or show up to the wrong bar for happy hour. But these infamous transits aren't just reserved for planet Mercury. All the planets in astrology (save for the sun and moon) have regularly-occurring retrograde periods — and each of them shake up our lives and teach us cosmic lessons in their own unique ways.

Retrogrades are common cosmic events, but they’re also the most dreaded. This is because planetary retrograde periods are known for causing confusion, revisions, and (sometimes unwelcome) blasts from the past. But retrogrades don’t have to be bad or scary, especially if you know how to work with them and align with their flow. Understanding what retrogrades mean in astrology how they impact our lives can change the way we experience these inevitable backspins.

How Do Retrogrades Work?

Before we get into the astrological meaning of retrogrades, let’s break down what’s actually happening in the cosmos during a backspin. "The word retrograde comes from a Latin word retogradus, which means ‘backward step,'" astrologer Leslie Hale of spiritual advising network Keen.com tells Bustle. "Astronomers call this retrograde movement an ‘apparent backward motion,’ because it is an illusion, and the planet is not actually moving backward.”

A retrograde is technically an optical illusion that occurs when a planet's orbit aligns with ours in just the right way. Planets don’t actually break the laws of physics and reverse their orbit — it simply looks as though they’re slowing down and moving backward from our vantage point here on Earth. It's similar to the way that when we're in a moving vehicle, a bus in the lane next to us might appear to move backwards momentarily when the speed and timing is just right.

In astrology, retrogrades are believed to signify a period of review, reassessment, and reimagining in the areas of life ruled by that planet.

How Often Do Retrogrades Happen?

Retrogrades are a commonplace occurrence in astrology — in fact, we usually have at least one planet retrograding at any given time. These planetary backspins happen in cycles, and those are different for each planet. Mercury retrogrades are one of the most notorious of them all due to the fact that they occur three to four times a year — more frequently than any other planet! Meanwhile, planets like Mars only backspin every other year.

The Astrological Meaning Of A Retrograde

Retrogrades in astronomy may refer to an optical illusion — but in astrology, the effects of these planetary transits are considered very real. "Retrogrades are periods of reassessment and redoing," Hale says. "They frequently deal with the past — so things, situations, and even people from the past can re-appear." It's a time to slow down, do some personal reflection, and review the trajectory we've been on. By making an effort to check ourselves and learn from our pasts during a retrograde, we can move forward with more clarity and confidence once it’s done.

During retrogrades, issues that we've tried to bury or ignore could come back to the surface to haunt us, forcing us to deal with them and find some resolution. Even situations that we thought were finished could bubble up again in some way, requiring us to come to new conclusions or learn new lessons.

You may notice that during certain retrogrades, you have a tendency to hit road blocks on projects, run into issues within relationships, or face personal crises and confusion. Think of these struggles as the universe’s way of helping you learn from mistakes and get in touch with yourself before charging forward on new endeavors. Hale notes that retrogrades are "connected with karmic events in life," so rolling with the retrograde flow instead of trying to overcome it can help you feel more in sync.

What Does Each Retrograde Planet Mean For Us?

Each of the planets in astrology rules over a different part of our lives. It's within those parts of our life that we'll experience the retrograde-fueled effects while a planet is backspinning. Every planet’s retrograde has something different to teach us, and they offer us opportunities to pause so we can review our decisions, assess where we're at, and make adjustments before moving forward again.

What's The Best Way To Survive A Retrograde Unscathed?

Contrary to popular belief, planetary retrogrades are not here to ruin our lives. While it's true that they can cause some confusion and standstills, it's all in the name of growth and consciousness — and if we know how to align with their energy, we can actually use them to our advantage.

"When a planet retrogrades, it is time for us to take a step back and look at what the retrograding planet represents, and to polish that part of our life rather than moving forward," Hale says. "Even if it seems like nothing is going on underneath the surface [in that part of your life], there is likely a lot." Retrogrades only pose a problem if we refuse to slow our pace and do the work they’re asking of us. So if we carry on with life as usual and refuse to address the things that surface during these periods, the planets might end up serving us some infamous retrograde snags.

Of course, in our fast-paced and productivity-obsessed society, it can be difficult to press pause and take a breather. But if we're looking to align ourselves with the current astrological energy and facilitate some personal growth, then retrogrades are an ideal time to do it.

Retroshade: The Lead Up & Come-Down Of The Retrograde

During a pre-retrograde shadow period, we usually begin to feel the effects of the retrograde. It's a good time to start tying up loose ends in the areas of your life ruled by the soon-to-be-retrograding planet and start preparing (that way you can avoid all the things you shouldn't do during a retrograde). Pay attention to the themes that arise during this period, as you may be revisiting them during the retrograde.

During the post-retrograde shadow period, we slowly transition back into normal life. The energy of the retrograde hasn't fully cleared, but things are beginning to move forward again — so we should take things slowly and try to integrate the lessons the retrograde taught us.

More like this
October's Astrology Includes Mars Retrograde & A Solar Eclipse
By Nina Kahn
The Spiritual Meaning Of Angel Number 666, Explained
By Brittany Beringer
Angel Number 333 Is All About Self-Love & Alignment
By Brittany Beringer and Kristine Fellizar
Here’s Your Daily Horoscope For September 30, 2022
By Mecca Woods
Get Even More From Bustle — Sign Up For The Newsletter

This article was originally published on May 5, 2020