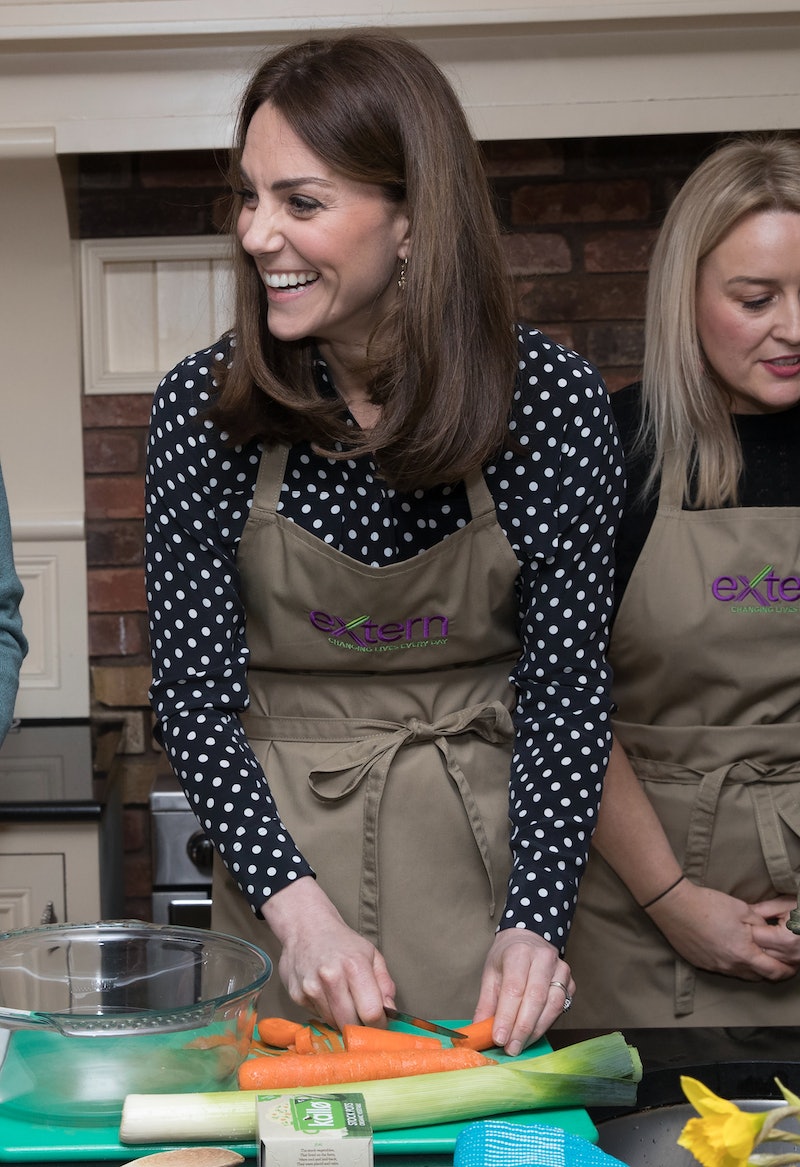 The Duchess of Cambridge is regularly active in making appearances and working for her many patronages, as well as being mother to three young kids with active lives of their own, so how does she ensure she’s getting all the right nutrients with such a busy schedule? As is royal tradition, Kate rarely spills the beans about her royal and private lives, let alone her exact diet and exercise routines, however we’ve managed to piece together excerpts of Kate’s food routine by deciphering the clues she’s dropped in 10 years of being married to Prince William.

The Duchess is reportedly an “exercise fanatic”, regularly running, practising yoga, and lifting weights to keep her toned, so she has a few tricks up her sleeves when it comes to refuelling her body. As patronage of many mental health charities, Kate understands the links between emotional and physical health, too. At school she was a cross-country runner and hockey player, but was most devoted to tennis and skiing (she’s reportedly better than William at the latter, too). So it’s only fitting that Kate Middleton’s diet would fit her active lifestyle, rarely straying from a clean, protein-rich diet.

According to ex-royal chef Carolyn Robb, the Duke and Duchess of Cambridge don’t currently have their own royal chef, with Kate preferring to make their family meals herself. “Kate does quite a lot of the cooking at the moment,” Robb told Racked. “She comes from a normal background and a normal home where she’s always cooked for herself.”

Much like her sister-in-law, mornings begin with a vitamin-packed smoothie. According to the Mail Online, Kate’s morning green smoothie is a blend of kale, spirulina, matcha, spinach, romaine, coriander, and blueberries. A bowl of wholesome porridge for breakfast is also not uncommon.

According to the Daily Mail, Kate enjoys salads, tabbouleh, and ceviche for her lunch. A particular watermelon and feta salad was said to be one of her favourites. However, for dinner, the duchess tends to opt for more hearty family meals. Roast chicken is said to be one of the family’s favourites, but she also enjoys getting the children involved with some of the simpler family meals, such as cheesy pasta.

“She was telling us how much her children love cooking and how they cook for her,” Matthew Kleiner-Mann, Chief Executive of the Ivy Learning Trust, told reporters after Kate had visited Lavender Primary School in 2019. “They made cheesy pasta the other day. One stirs the flour, one puts the milk and butter in.”

In the lead up to her 2010 wedding, Kate has previously had a widely-reported affinity for the Dukan Diet, a high-protein low-carbohydrate diet that restricts fat and vegetables in the first two of four “stages”. She's also said to have employed it when wanting to lose some weight after each of her three pregnancies. The Dukan Diet involves an almost exclusive omission of carbohydrates in favour of lean proteins, vegetables, and healthy fats and oils, so some nutritionists argue that it shouldn’t be maintained long-term as it lacks certain vitamins and fibre.

When not following the Dukan Diet, Kate favours a “flexitarian” approach: she doesn’t describe herself as a vegetarian, but will prefer plant-based meals as Chef Raghu Deora revealed during Kate and William's royal tour of India. He served the couple vegetarian dishes as he “was told that was what they preferred,” he explained. For these royals, variety is indeed the spice of life.