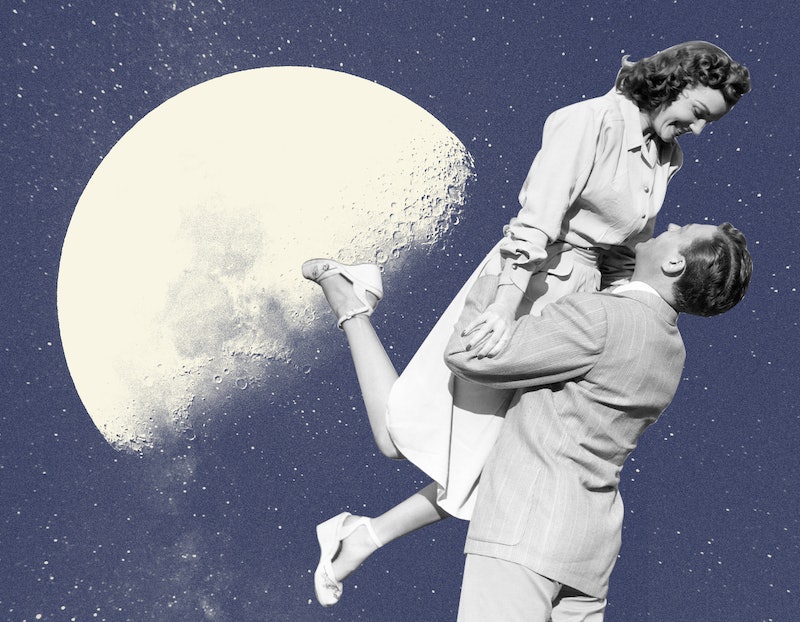 The zodiac signs in astrology get a lot of attention. However, the planets are just as important, as they represent different parts of ourselves and society at large. Each zodiac sign has a planetary “ruler” that naturally corresponds with its energy, and when the planets transit through their ruling signs, they’re usually able to express their cosmic qualities more easily and effectively. In the case of dark and mysterious Scorpio, its ruling planet is the smallest and most distant player in our solar system — but that doesn’t mean we should underestimate its power.

If you didn’t already guess it, Scorpio’s ruling planet is Pluto in modern-day astrology. (It differs in traditional astrology practices, but we’ll get into that later.) Despite losing its status as an astronomical planet back in 2006 — it’s now considered a dwarf planet — this faraway celestial object is still very much a planet in the astrological sense. Small but mighty, Pluto in astrology is about regeneration, depth, and power. And like its modern planetary ruler, Scorpio is associated with equally heavy themes. This deeply-feeling water sign corresponds with all things taboo — such as sex, intense emotions, and even the occult. Scorpio has no interest in surface-level artifice, and would much rather take after its planetary namesake and explore the clandestine underbelly of any situation.

Whether or not you’re a Scorpio, understanding the nature of this sign’s ruling planets can help you understand your chart and get to know the zodiac’s scorpion in a more meaningful way. Read on to learn more about Scorpio’s ruling planets in both modern and traditional astrology.

All About Pluto, Scorpio’s Ruling Planet

In astrology, Pluto is the planet of transformation, power dynamics, and all that’s hidden beneath the surface. Because it’s one of the “outer planets” — aka, the three planets that are furthest away from the sun — its effects are often experienced on a more collective and societal level (although it can still have a big influence on our personal lives, too). This planet is named after the Roman god of the underworld, so it’s associated with darker themes such as destruction, passing and rebirth, and more subterranean elements of life.

It’s interesting to note that Pluto was transiting through Scorpio from November 1983 through November 1995 — meaning that most millennials were born with Pluto in the sign that it naturally rules. Having Pluto in its home sign of Scorpio makes it extra powerful and prominent, and we can see this influence in the way public conversations around once-taboo topics — like mental health, sexuality, trauma, and society’s power structures — have been transformed in recent years. It’ll be about 250 years before Pluto enters Scorpio again, so having a whole generation with this alignment in their birth charts is both rare and significant.

But Wait — Isn’t Mars Also One Of Scorpio’s Ruling Planets?

Before Pluto’s discovery in 1930, and its subsequent integration into astrology, Scorpio’s ruling planet was traditionally ambitious and competitive Mars. Traditional astrologers consider this to be the sign’s true planetary ruler, and most modern astrologers still acknowledge Mars as one of Scorpio’s co-rulers, too. Mars, which is aptly named after the god of war, is the planet of passion, action, and sexuality.

Mars traditionally ruled over both Scorpio and the fire sign Aries, which it still rules in the modern practice. While Aries captures the energetic and feistier elements of Mars’ cosmic archetype, Scorpio embodies the more slow-burning and strategic side of the Red Planet. Stealthy, power-hungry, and cutthroat, Mars in Scorpio is determined to get what it wants and conquer its competition — and it’s not afraid to wield its poison-filled scorpion stinger in order to protect its fierce emotions.

More like this
Here’s Your Daily Horoscope For October 6, 2022
By Mecca Woods
Everything You Need To Know About Angel Numbers
By Nina Kahn and Brittany Beringer
Angel Number 1144 Wants You To Look Forward To New Beginnings
By Kristine Fellizar
You Can Get Custom Podcast Recs From Spotify Based On Your Zodiac Sign
By Brittany Beringer
Get Even More From Bustle — Sign Up For The Newsletter