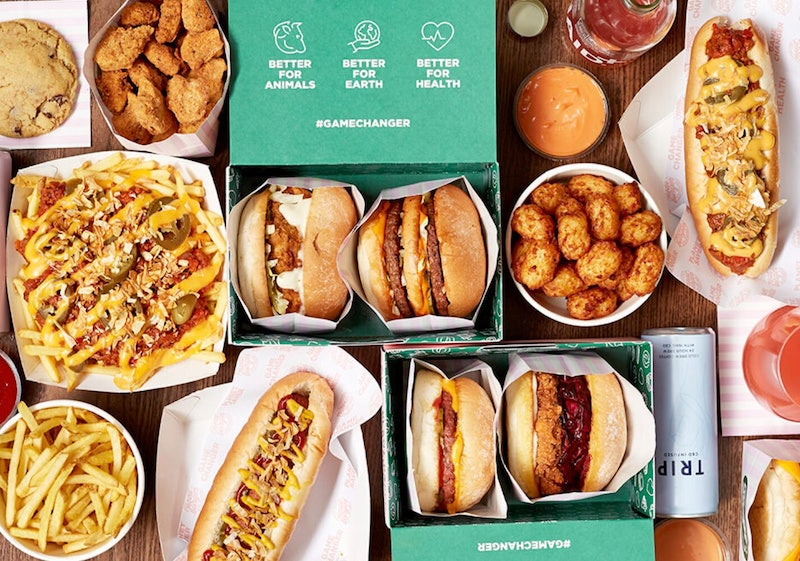 Over the last five years, the vegan food scene in the UK has blown up. Whether you’re plant-based, vegetarian, or just looking to cut down on the amount of meat you eat, it’s easier than ever to find delicious vegan alternatives to your favourite staple snacks. And if you want to get your hands on the fast-food that Lewis Hamilton has put his name to then here’s where to buy the vegan Neat Burger.

On Nov. 1 vegan fast-food chain Neat Burger revealed that they’re trialling a £1.99 burger. It’s a plant-based alternative to other fast food burgers on the market. This comes after the brand announced that they’ll be opening 30 new sites and restaurants across London. You can already get your hands on their burgers and plant-based chicken in Victoria, Finsbury Park, and Camden amongst other places and they plan on opening on Kings Road and Canary Wharf.

Neat Burger’s ethos is to create delicious, plant-based fast-food that’s ethical, sustainable, and delicious. You’re not about to find poor meat alternatives here. They want to combat the stigma that there’s a heftier price tag attached to vegan food and won Best Vegan Restaurant 2020 at the Deliveroo Awards.

They have a range of burgers on their menus alongside vegan chicken nuggets, kids options, and deserts. Their £1.99 burger is a step away from their usual burger price point which is between £6.49 and £9.99.

In 2019 Formula One driver and passionate vegan, Lewis Hamilton became one of the earliest investors in Neat Burger. “We created Neat Burger to make plant-based eating more accessible to everyone whether you eat plant-based all the time or just want to add it to your diet every now and again,” Hamilton said in a statement given to Evening Standard. “The response to Neat Burger since we opened has been incredible.”

Right now you can order Neat Burger on Deliveroo if you’re based in London from 12 p.m. - 10.30 p.m. every day. Similarly, you can visit their restaurants in Soho, on Princes Street, Camden, Victoria, and Finsbury Park.